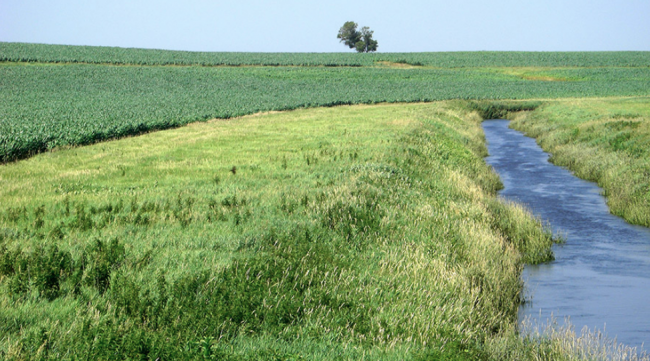 A column by Dennis Anderson in the Star Tribune highlights the Legislature's attempts to undermine Minnesota's much-needed buffer law.

You can read the full commentary below, or read it on the Star Tribune site to leave a comment.

Misinformation is rife about the state’s buffer law, passed two years ago, which requires farmers and other landowners to be in compliance with the statute by November. The law, an initiative of Gov. Mark Dayton, is necessary if Minnesota is ever going to clean up its lakes and rivers.

Some legislators who are fighting Dayton this session over buffers, as they did last session, argue that farmers haven’t had enough time to comply with the law. They also say the law isn’t flexible enough to be applicable to the many varying land and water complexes that exist throughout Minnesota.

Rep. Dan Fabian, R-Roseau, chairman of the House Environment and Natural Resource Policy and Finance Committee, is among Republicans who have included provisions in a House bill that will delay implementation of the buffer law; forgo compliance unless annual or other payments are made to landowners for installing buffers; change the definition of public waters; and reduce some buffer width requirements from 50 feet to about 16 feet.

The governor has stated many times he will veto bills that weaken or delay the buffer law. How that turns out is now the subject of some intrigue, because this week a Republican-controlled House-Senate conference committee essentially called Dayton’s bluff by including anti-buffer language in its draft agreement.

Because that proposed legislation also includes funding for major state agencies, including the Department of Natural Resources, the Minnesota Pollution Control Agency and the Board of Water and Soil Resources (BWSR), the two sides will have to reach agreement — or large parts of state government will shut down in midsummer.

In 1983, when a bunch of us started Pheasants Forever, the first legislation we pushed for, and saw enacted in 1985, prevented (theoretically) state roadsides from being mowed in summer before pheasants and other birds hatched their young.

Lo these many years later, that “law’’ is still not enforced — something the Legislature made sure of this session when it approved a bill that essentially validates, for farmers, their continued private use of this public resource.

In coming days and weeks, we’ll see if the same fate befalls the state’s public waters.

Anderson has been the Star Tribune outdoors columnist since 1993. Before that, for 13 years, he wrote the outdoors column for the St. Paul Pioneer Press. He covers hunting, fishing, camping, boating, paddling and other outdoor activities, as well as natural resource conservation.