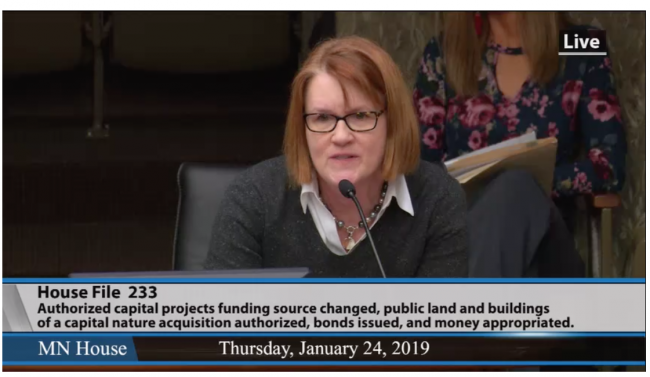 HF 233 repeals 2018 language directing the state to use the voter-approved Environmental Trust Fund for infrastructure investments. The bill would instead fund those investments through traditional (and lower-interest) state bonds.

The bill passed the committee on an 11-7 party-line vote and now moves to the House Ways and Means Committee.

HF 233 is an important step towards correcting last year's unconstitutional raid on this dedicated environmental trust fund. FMR, along with seven other conservation groups, felt we had no choice but to file a lawsuit to stop the raid in hopes that the legislature would honor the intent of Minnesota's voters and fund the proposed projects with traditional state bonds.

With the passage of HF 233 from the Environment Finance Division, we're one step closer to our goal.

Additional versions of this bill have been introduced in the House Capital Investment Committee, and similar language is also expected in the Senate.

Stay up to date

Through the session, you can stay up-to-date on key environment and water quality issues on our Legislative Updates page. Check back for news on these priorities and more.

Want to take action? Sign up to become a River Guardian, and we'll let you know when it's time to contact decision makers and make your voice heard. River Guardians are also invited to special events like Water Action Day at the Capitol as well as informal happy hours to learn more about important legislative and metro river corridor issues.