As the session draws to a close, major environmental bills remain in limbo | Friends of the Mississippi River
Skip to main content

As the session draws to a close, major environmental bills remain in limbo 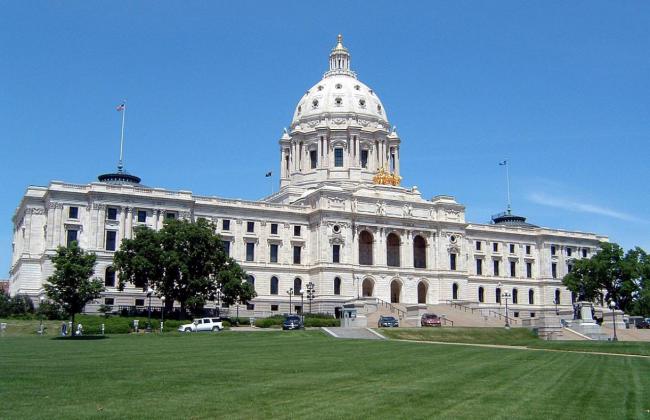 With less than two weeks remaining in the 2019 legislative session, major environmental funding and policy issues remain in limbo at the Capitol.

Here’s a brief overview of where things stand and what's at stake as the session comes to a close.

It's all about the omnibus bills

So far this session, the Legislature has passed very few stand-alone proposals, such as the important move earlier this session to restore the Environmental Trust Fund.

For the most part, both House and Senate committees have combined individual budget and policy proposals into large “omnibus bills”. These large combo bills have passed through their respective committees and have been approved by the full House and Senate.

Since the House and Senate versions of each omnibus bill are different, bipartisan conference committees have been formed to negotiate the final versions.

However, a major hurdle remains before conference committees can act.

As a result, legislators missed their previously established May 6th deadline for reaching a broad agreement of budget.

Final decisions on these major issues will have a spillover effect on virtually every omnibus budget and policy bill this session, including the Environment, Agriculture, Legacy and Health & Human Services bills – each of which includes provisions that FMR is watching closely.

Here’s a quick summary of the important issues in each of these omnibus bills.

What we're watching in the ag finance bill

Both the House and Senate versions of the omnibus agriculture bill secure modest funding for a few important programs, including the Farm to School program that reimburses schools and early care centers for purchasing locally farmed foods.

However, FMR is deeply concerned about two positions in the bill as it stands:

While securing Forever Green funding in the final agricultural omnibus bill is highly unlikely, we remain hopeful that the conference committee will exclude controversial feedlot language from an otherwise non-controversial bill.

What we're watching in the environment bill

The House and Senate environment and natural resources bills could not be more different.

Unfortunately, the Senate version includes many disconcerting policy and finance rollbacks. It aims to:
• Severely cut general fund support for our core environmental agencies,
• Raid the Environmental Trust Fund (again), and
• Roll back many important policies.

We're hopeful that the conference committee will remove most of the Senate's rollbacks and pass a final version that reflects Minnesota’s longstanding support for strong investments in our environment and natural resources.

What we're watching in the Clean Water Fund / Legacy bill

In 2008, Minnesota voters approved the Clean Water, Land and Legacy Amendment to our state constitution, providing a 3/8th of 1 percent sales tax increase dedicated to water quality, land conservation, parks and trails and the arts. The Clean Water Fund receives 33% of all receipts, and funds work to protect and restore our state's waters.

Both the House and Senate legacy bills include Clean Water Fund appropriations, but have major differences between them, with implications for three important state environmental initiatives:

Read more about the trade-offs in play in the Legacy bills on FMR’s legislative blog.

Fortunately, both the House and Senate increase the Safe Drinking Water Fee from $6.36 to $9.72 per connection. The current fee was set in 2005 and inflation has increased 28% since. This important funding source allows the Minnesota Department of Health to test drinking water, train and certify water system operators, inspect water systems and solve critical drinking water problems. However, given the current impasse on whether or not to extend the 2% medical provider tax, the prognosis for the remainder of the bill remains uncertain.

We count on over 2,000 River Guardians to help us shape legislation to protect the Mississippi River. Sign up and we'll let you know when important river issues like this arise. Our emails make it quick and easy to contact decision-makers and make your voice heard.