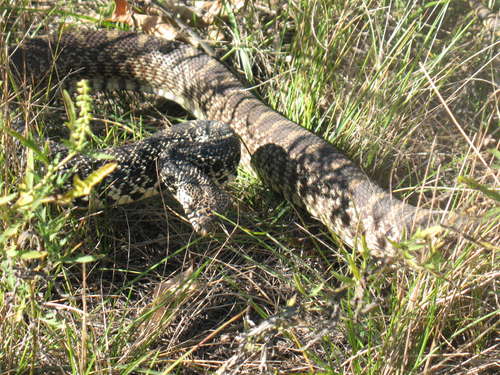 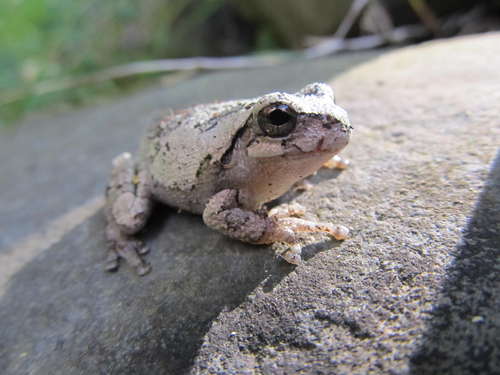 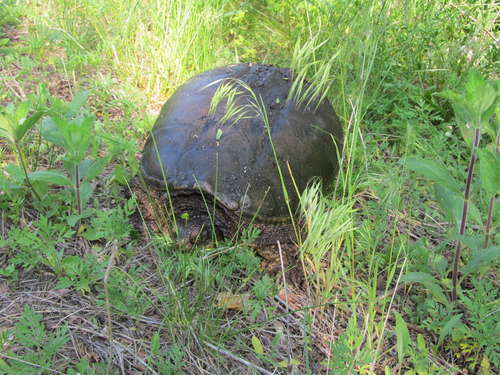 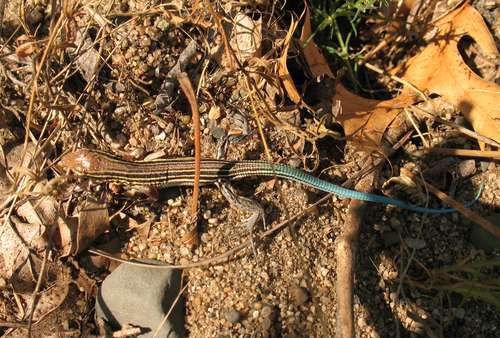 With temperatures finally getting colder, animals are surely starting to prepare for the eventual long, cold winter. Some animals, like most birds, can fly away, escaping the winter by migrating south. If they stick it out and remain over winter, however, what do they do? Well, warm-blooded animals can generate heat to maintain their metabolic activity throughout winter, but what about cold-blooded animalshow do they survive winter? If they do not generate heat, then they are more or less at the mercy of the ambient temperature. Not only must they tolerate very cold temperatures and sustain their bodies, but they also are very vulnerable to predators since they cannot move very fast to escape. What a conundrum. It turns out that many cold-blooded species have developed some fascinating strategies and adaptations to survive the long, Midwestern winters.

Snakes take shelter in underground chambers or pits called hibernacula (singular, hibernaculum), which protect them from predation and cold temperatures. Hibernacula can be underground openings in rock, spaces formed by blocks of house foundations or outdoor steps, the burrows of other animals (like gophers), or just deep cracks in the ground. Although snakes slow down their metabolic rates, they do not freeze; if they do, they will die. The chamber has to be below the frost line to keep snakes from freezing. Here they stay safe and cozy throughout the winter. Often hibernacula are occupied by more than one species of snakes. Once snakes start using them, they will return to the same chambers over and over for generations.

Turtles will also use hibernacula, but they often spend the winter under water. Some bury themselves in the mud while others stay on the surface of the bottom of a wetland, lake or stream. They are quite camouflaged and blend right into their surroundings. Most remain relatively immobile during the winter, but some species, like snapping turtles, move around slowly under the ice. Blandings and Wood turtles have actually been observed mating under ice! Turtles must go into winter with adequate body reserves in order to survive. Some species will burrow into sandy soils up to 3-feet deep to survive, and without the availability of deep sands, their ranges would be much farther south.

Amphibians, frogs and salamanders are some of the most marvelous creatures when it comes to overwintering. Since they need to keep their skin moist to survive, they seek out wet or moist areas to live and also to overwinter. Some species of frogs actually freeze solid during winter. Their bodies produce an anti-freeze like substance that prevents their cells from freezing. They even stop breathing, and their entire system shuts down. Come spring, they thaw out and become active again. Some species seek the protection of the ground (by burrowing) or of the ice of frozen waters, where they remain submerged, taking in oxygen through their skin. If the wetland or pond goes anaerobic during the winter (due to eutrophy, too much algae, too much phosphorous, etc.), these types of amphibians will suffer and can die, but under healthy conditions they should survive just fine. What an amazing ability!

As adults or larvae, many insects and invertebrates will overwinter either in leaf litter or under the bark of trees (in a forest or woodland), or under the thatch or under the surface soil in a prairie. They also have the ability to survive inhospitable conditions in a different phase, either as eggs or pupae, which have lower metabolic demands. These phases are vulnerable to predation, however, so they need to be well hidden.