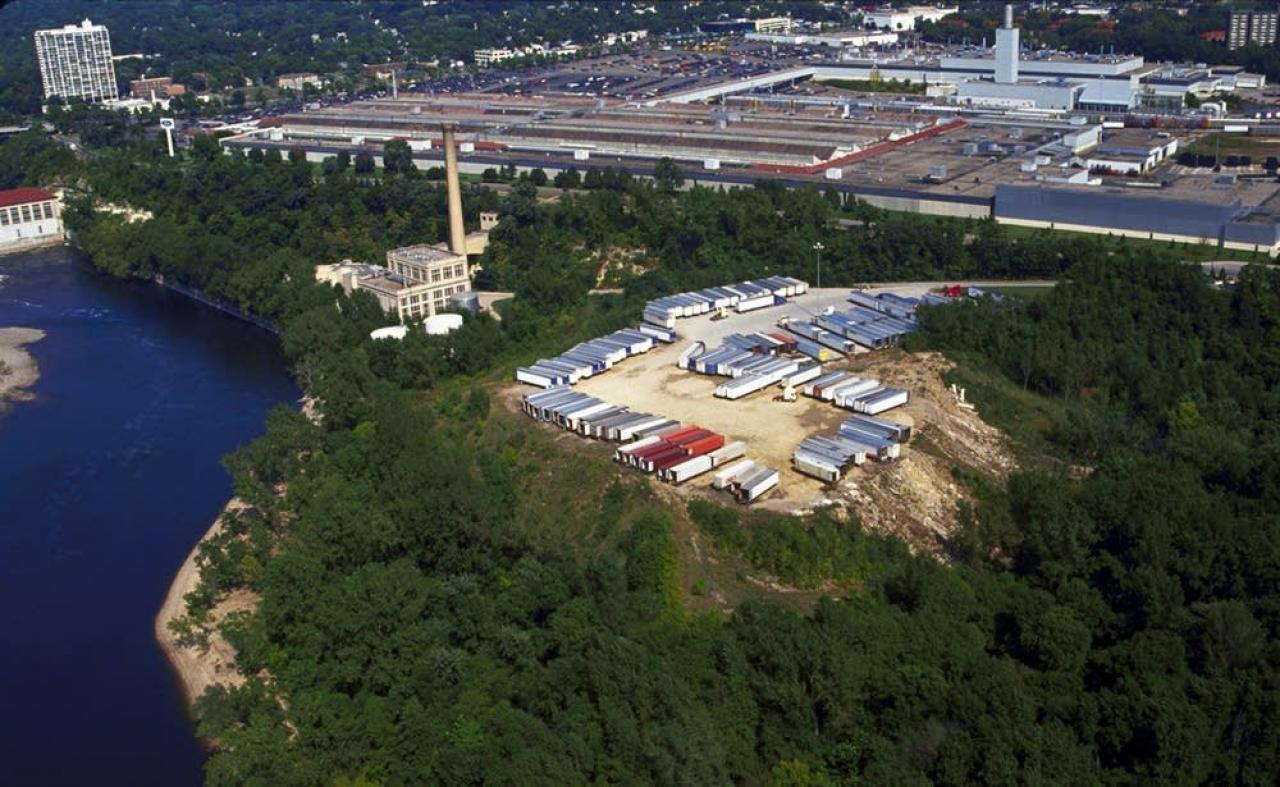 From 1945 until 1966, the Ford Motor Company dumped unknown quantities of industrial waste, including solvents and paint sludge, on the floodplain of the Mississippi River below the bluff adjacent to its St. Paul assembly plant. The dump, known as Area C, adjoins the popular Hidden Falls Park and the Mississippi River, a location where floodwaters regularly inundate the dump.

The Minnesota Pollution Control Agency (MPCA) is now asking Ford to conduct further investigation of the dump before deciding whether to require Ford to clean it up. FMR has numerous concerns about the thoroughness of the proposed investigation and the possibility that the dump will be allowed to remain at the river's edge permanently.

Specifically, FMR is concerned that the MPCA has not required Ford to determine the extent of past or possible future groundwater contamination at the site. The dump is known to contain certain chlorinated solvents that are heavier than water and therefore sink and yet deep test wells have not been drilled to the base of the aquifer to determine if those contaminants are present there.

This makes it difficult to tell where within the dump mound the industrial waste is buried. Recent visual inspections of the site by Ford have located at least four barrels at the surface of the dump raising the possibility that the industrial waste may not be concentrated at the bottom of the dump, as Ford initially suggested, but possibly scattered erratically throughout the profile of the mound.

Both FMR and the National Park Service have asked the MPCA to request that Ford evaluate the feasibility and cost of excavating the entire dump and restoring the site to its original floodplain topography and that this option is carefully considered alongside less complete remediation options.

Listen to or read Minnesota Public Radios coverage of the issue.

More information about the environmental assessment of the Ford site, including the Area C dump, can be found at the City of St. Paul's website.