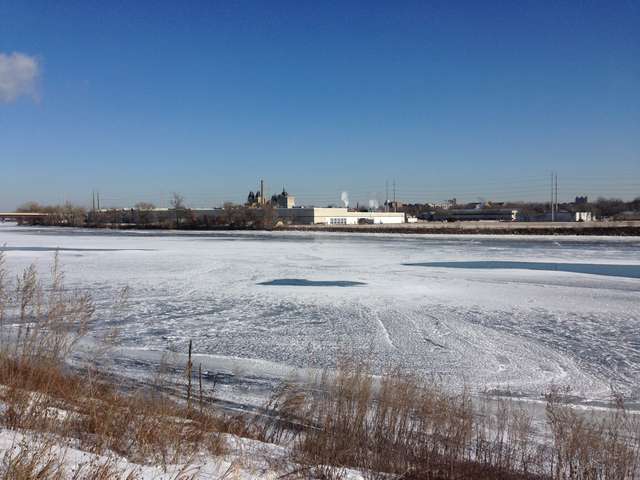 Gracos plant along the river in Northeast Minneapolis. The narrow strip of land between the river and the plant was promised for a regional trail when Graco developed the site. Now they want land to the south (right) that was recently purchased for a riverfront park.

Graco, a worldwide leader in fluid handling based in Northeast Minneapolis, is refusing to fulfill the promise they made to the Twin Cities community. They will not allow a trail to be constructed on their property along the Mississippi River just south of Broadway Street.

Their promise to grant land for the trail was made in exchange for the Citys generous redevelopment package: expansion of their business very close to the Mississippi River, a street vacation, and a $730,000 subsidy.

Instead of fulfilling their promise and allowing the trail to be constructed - a great amenity for their employees, the community, and visitors to our local National Park - Graco is trying to renegotiate the agreement in an effort to gain more riverfront land. The worst part  that desired riverfront land is currently public parkland.

Is that fair? Is that the right thing to do? Is that what a good neighbor would do?

Act now! Tell Graco Inc. to keep its word and grant the trail easement immediately. Please include why the trails completion is important to you.

Questions can be directed to FMR River Corridor Director Irene Jones at 651-222-2193 x11 or ijones@fmr.org.