How to Stack, Pile, And Burn Brush 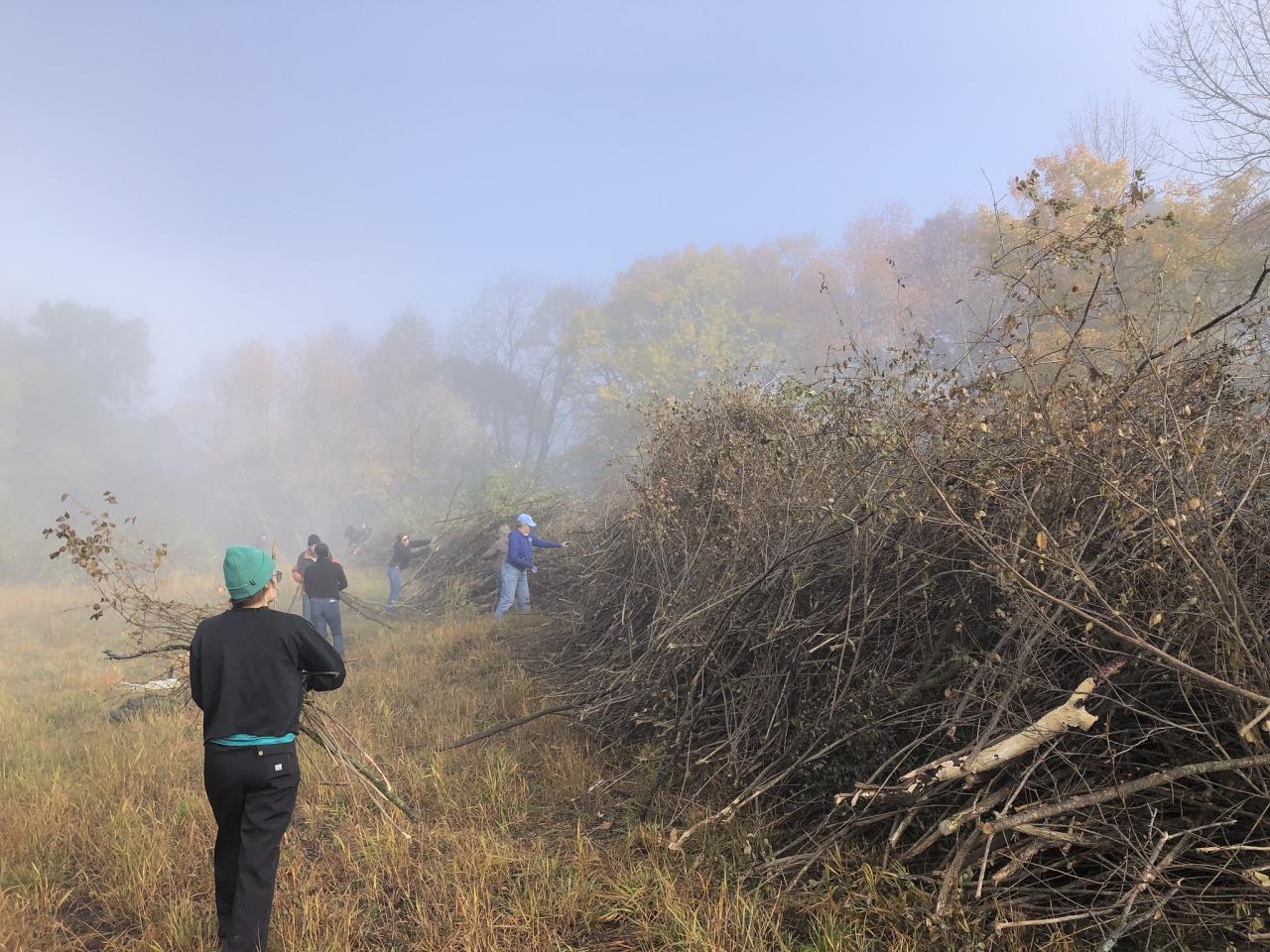 When dealing with an exotic or invasive woody plant removal project, we burn brush to avoid the build-up of litter on the forest floor. In public areas, piles of brush are unsightly and are removed for public appeal.

Jim Smetana, a dedicated FMR volunteer, has acquired a great deal of knowledge over the years concerning the art of how to stack, pile, and burn brush. He has, in effect, become somewhat of an authority on the subject. Jim has provided the specific detail for us on this subject and demonstrates just how much a volunteer can contribute. Thanks Jim!

Branches from taller trees block the sunlight that younger trees, saplings, and prairie grasses require to grow and remain in good health. In this instance, it is necessary to limit even some of the native and non-invasive plants and trees to restore a natural habitat. By burning brush and forest floor branch litter, we are clearing an area much as a natural fire would do.

How to build a brush pile 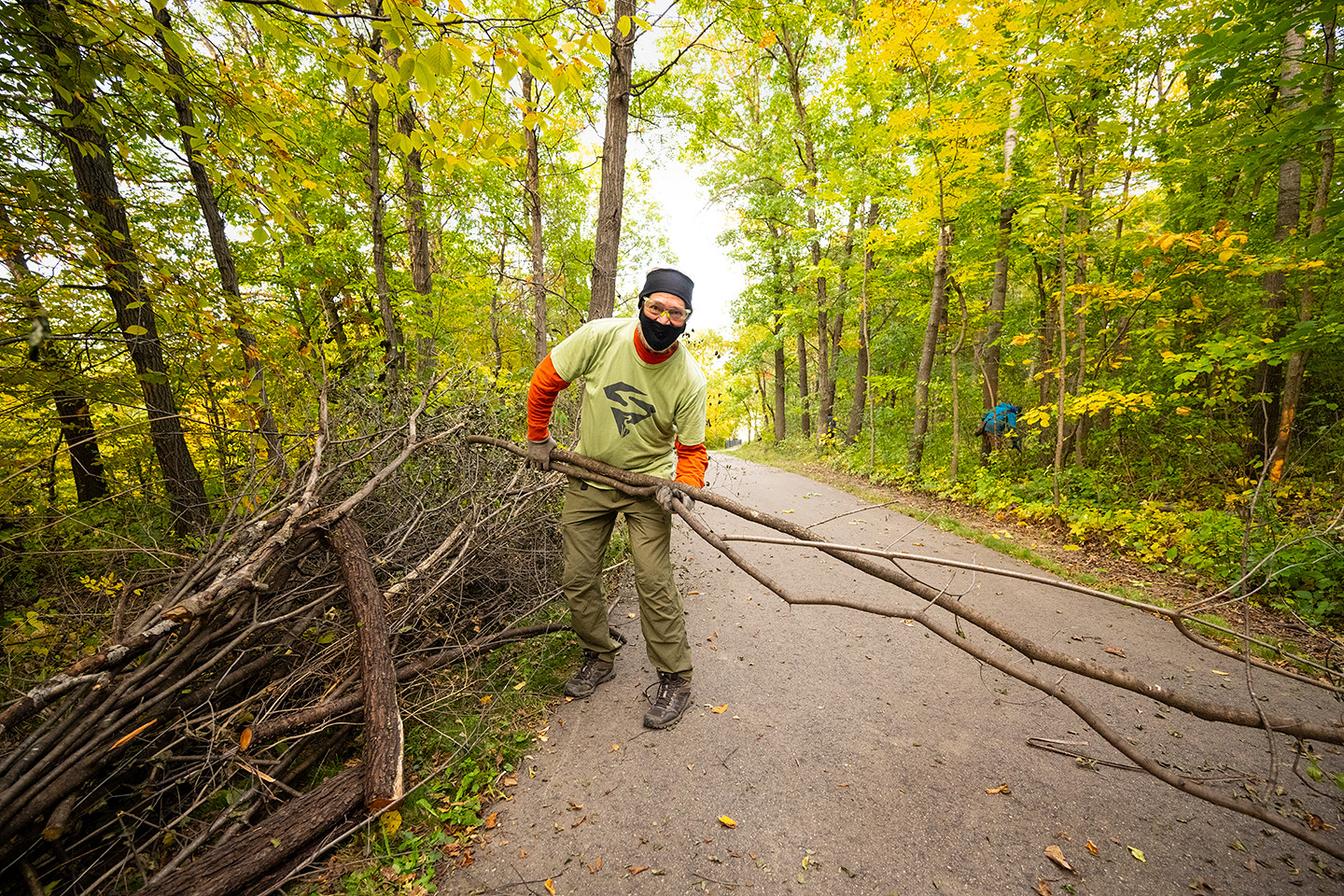 When building a brush pile, it is best to lay a single branch or marker horizontally as a reference line. From here, arrange all the branches neatly beside each other according to your horizontal line of reference. They should be cut-end first and facing towards the prevailing wind. It is important to keep the branches parallel, rather than crossed, as the stack will support greater weight.

When to cut and stack and when to burn

The cutting and stacking process is usually done sometime a few months or more before the actual burning takes place. The two different processes are set aside for different times for a few reasons.

The difficulty of the physical labor when cutting and hauling branches and brush is far more intense in the winter. Not only are many of the branches frozen or covered with snow, but the hauling process becomes a great deal more difficult when your footsteps are slowed and made more strenuous with snow on the ground. For these reasons, the cutting, hauling, and stacking process is best to be completed during the later months of spring, summer, or early autumn. Basically anytime when we will not encounter snow!

Green, living branches are less likely to burn quickly and easily. Branches that have been cut down and stacked, left for months to die and dry out, provide the best fuel for an efficient burn.

While a blanket of snow upon the ground makes the hauling and stacking process a great deal more difficult, it provides an ideal safety precaution against the unwanted spread of fire beyond the chosen stack of brush.

From the ignited end, a brush pile burn responds quickly to smaller fuels applied to the gaps and crevices of the pile. The quick application of crumpled newspaper or smaller sticks and twigs within the gaps and crevices between the bigger branches of a pile helps with the initial ignition of the flames.

Coals from the branch remnants of a previous burn can be transported and applied to an additional stack to assist with the ignition process. To do this, you should use a large aluminum shovel that is wide and deep enough to support and carry the coals easily. Use extreme caution with this technique. It should only be used for stacks within close proximity of each other.