Invasive species: Why do they matter? 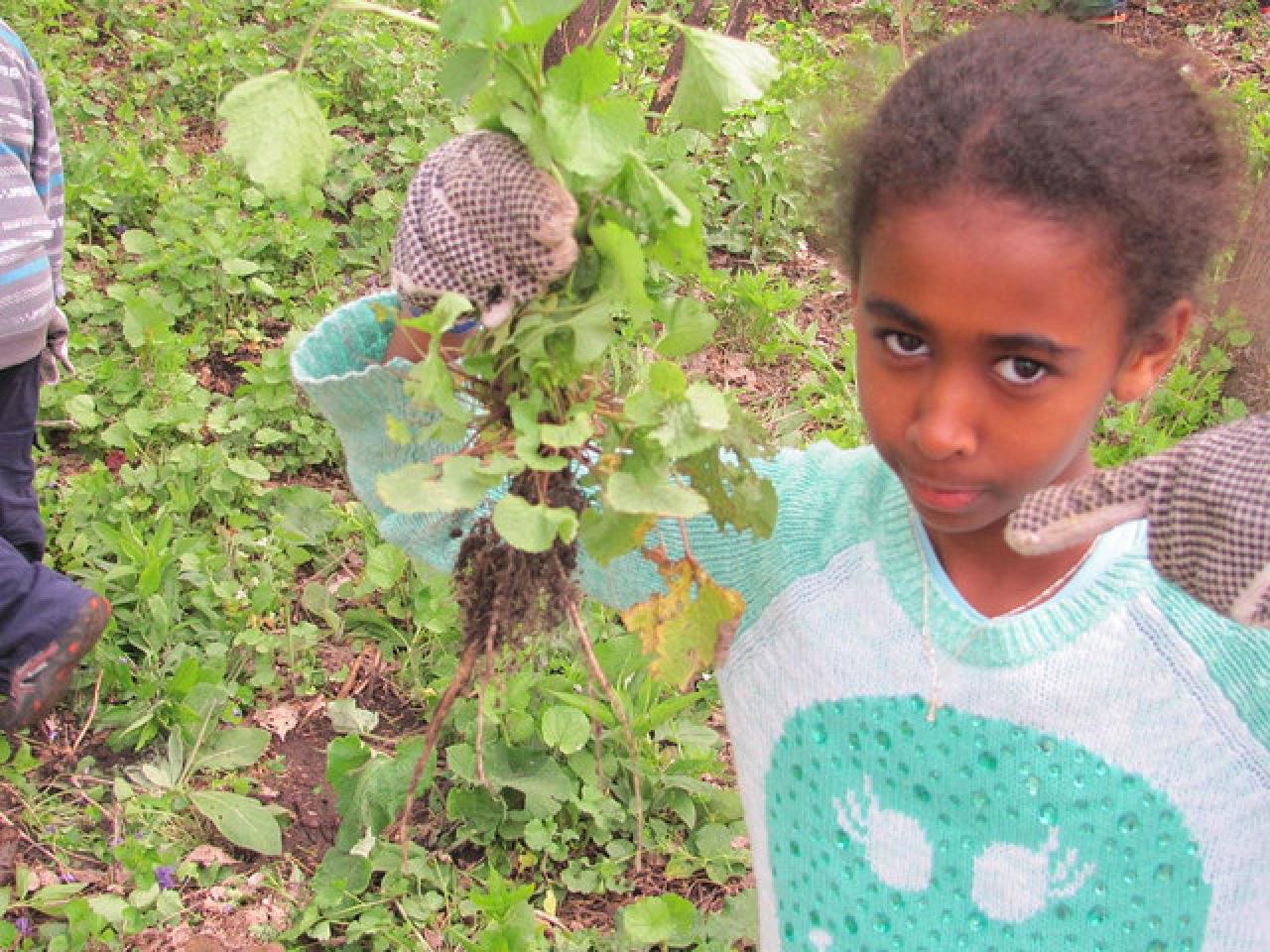 Invasive species are a problem around the globe. Terms like native and non-native refer to the natural habitat range of a species. A non-native species is one that is present in an area outside of its natural range. Ecologically, this can have consequences for both the species and the receptive system. For example, as plants, insects and animals evolve together, they adapt to protect themselves from and compete against the other species in their habitat. Plants produce phytotoxins to protect themselves from being eaten, and insects and animals develop enzymes to break these toxins down.

However, when a plant is introduced into a new range, local insects and wildlife have not evolved to eat it or utilize it as habitat. An invasive takeover simplifies the ecosystem. This imbalance can provide a competitive advantage for the non-native species, potentially tipping the scales in its favor. Conversely, a species may not be able to establish in a new area due to specific characteristics of the receptive system - things like available sunlight, new predators, or soil types.

In the case of plants, invasiveness refers to a plant's ability to dominate and overtake other plants, or cause other ecological or economic harm. If one plant has advantages over others, it may be able to out-compete the other species and reach abundances not seen elsewhere. Often, a lack of natural local predators is a significant leg up in this arena, though there are many other theories that help to explain the success of invasive species.

However, just as not all non-native species are invasive, not all invasive species are non-native. Many native species can act invasive. For example, sumac, a native prairie and savanna plant, can often spread and outcompete native grasses and wildflowers, forming dense colonies and decreasing prairie diversity. 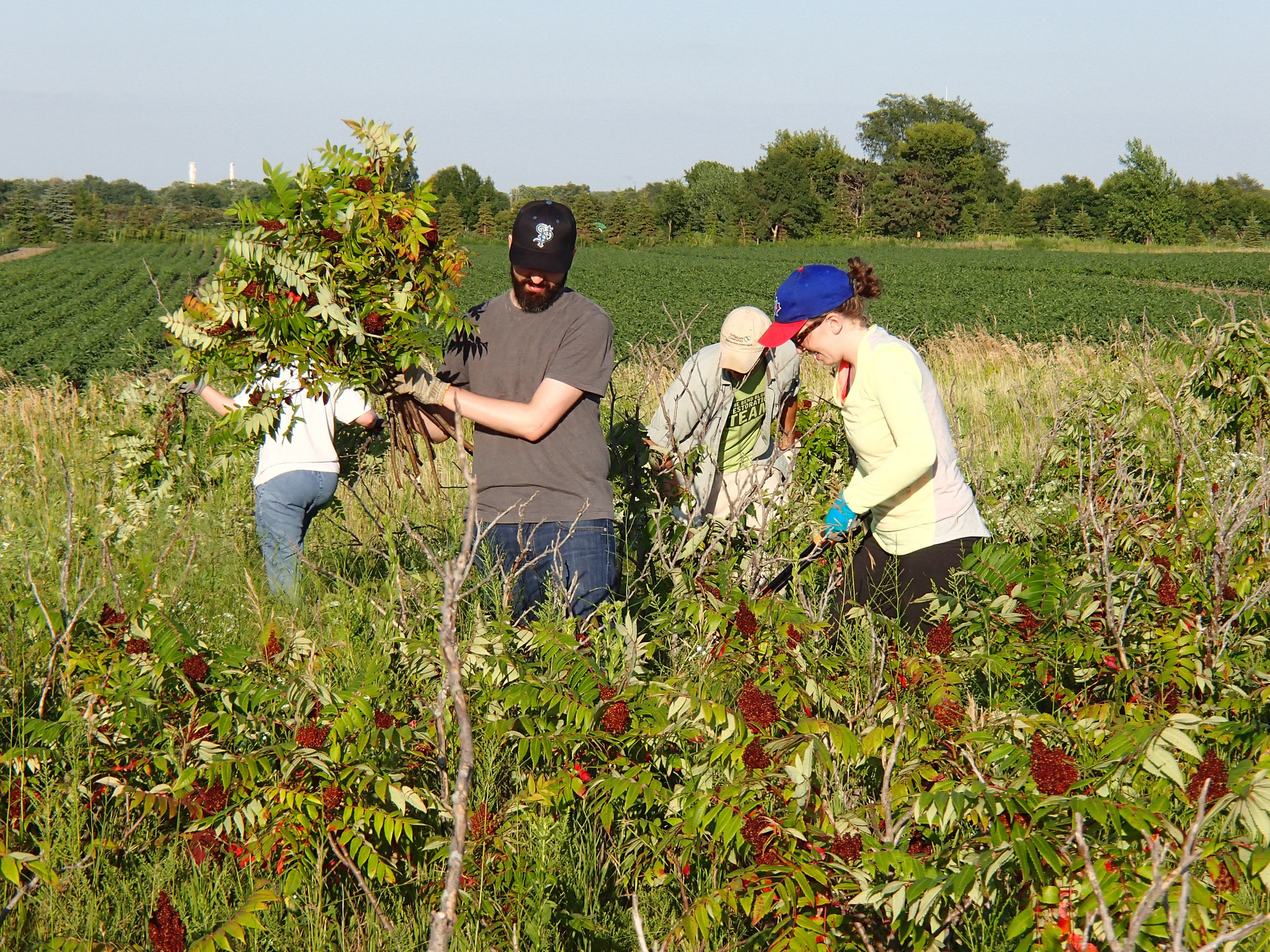 How they get here

Non-native species are transported to a land where they do not normally grow. In rare cases, this can happen passively, through dispersal by natural phenomena – wind and water, for example. However, presently, humans are the number one dispersal agent for non-native species. We transport them to new places for food, visual beauty or simply by accident. In fact, many species arrive without us knowing it – hidden in soil, shipping material or ballast water. Non-native species include all varieties of life: insects, plants, fish, birds, and mammals. Most of the species volunteers remove at FMR events came either from people's landscaping or gardening, or were planted for agricultural reasons.

Some invasive species wreak havoc upon an area's pre-existing ecosystem. These troublesome species become invasive in their introduced habitat for a variety of reasons. Invasive species are often simply better competitors; they may have higher photosynthetic rates or are able to thrive in a wider variety of environmental conditions. These species may also contain toxic compounds that deter predation or hamper the growth of competitors. Outside factors may play a role as well. The introduced plants may have no natural enemies in their new habitat, while native species must devote resources to defense against co-evolved predators. Some invaders may even be able to devote resources to growth that were once used for defense, effectively evolving increased competitive ability. Other invaders even benefit from facilitation by co-occurring invasive species.

Ultimately, invasive species can outcompete native species, creating monocultures where diverse habitats once thrived. Invasive species can cause local declines in the abundance and diversity of native species, but the effects can cascade to other trophic levels as well. As one species declines, the insects, birds, and mammals that depend upon it are threatened. Moreover, this can negatively affect the ecosystem services provided by diverse systems - things like water retention, water filtration, soil stabilization, and nutrient cycling. For this and other reasons, it is important to manage invasive species on our lands. FMR strives to restore diverse, native habitats on the properties we manage, and we encourage others to do so as well.

Which invasive species do volunteers remove?

Invasive species removal can be costly. By helping to control invasive species, volunteers are both helping a special place in the short-term and helping to stretch limited restoration funds over the long term. Volunteers primarily assist with the control and/or removal of: