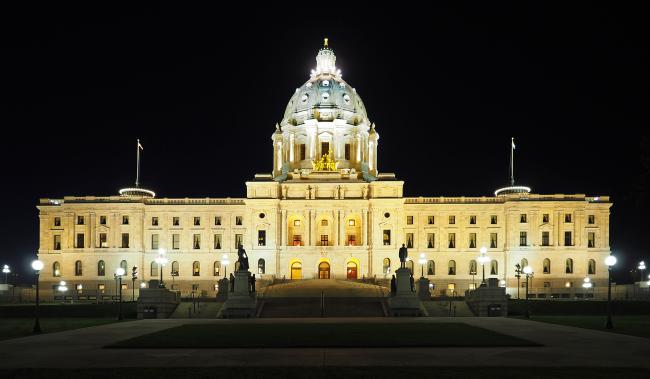 One of FMR’s top priorities this session was to ensure that the Legislature repaid the $22 million re-allocated from the Clean Water Fund last session to fund local government operations.

During the 2017 legislative session, $22 million in Clean Water Fund money was allocated to pay for the operational costs of Soil and Water Conservation District offices in Minnesota – activities typically funded by general fund dollars.

To help resolve this (likely unconstitutional) use of Clean Water Fund money, a provision was included during final negotiations on last year's tax bill that would trigger the full payback of the Clean Water Fund pending a sufficiently positive budget forecast.

The new state forecast, released on February 28th, showed a projected budget surplus of $329 million for the 2018-19 biennium (up from a projected $188 million deficit at the end of 2017). As a result, the repayment of $22 million to the Minnesota Clean Water Fund has been secured, and the money will once again be used to protect and restore our waters.

According to Minnesota Management and Budget:

“Higher forecasts for all the major tax types contribute to the change. This forecast reflects increased U.S economic growth arising in part from short-term stimulus from federal tax law changes. After accounting for recently enacted legislative budget appropriations, spending for the biennium is projected to be $167 million lower than November estimates. Federal reauthorization of appropriations for the Children’s Health Insurance Program (CHIP) is the most significant driver of the lower overall expenditure forecast. The improved budget outlook continues into the 2020-21 planning estimates with modest structural balance projected for that biennium.”

We are grateful for the leadership of Governor Mark Dayton and key legislative leaders that worked hard to secure the payback in the final tax bill negotiations.