How the local pre-emption bills for plastics fared this session 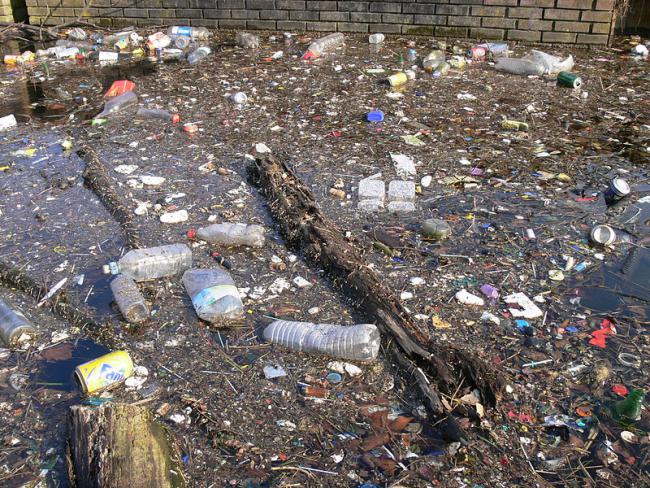 Plastic pollution to the Mississippi River (and waters across the globe) poses a real threat to aquatic life and recreation.

A pair of bills advanced this session that would have pre-empted local efforts to address plastics and other food packaging pollution. Here’s how they fared.

The bill defined such containers as “….a bag, cup, bottle, or other packaging that is:

(1) Made of cloth; paper; plastic, including expanded or foamed plastic; cardboard; corrugated material; aluminum; glass; postconsumer recycled; or similar material or substrates, including coated, laminated, or multilayer substrates; and

(2) Designed for consuming, transporting, or protecting merchandise, food, or beverages from or at a food service or retail facility.”

The bill was heard in committee, where an amendment to exempt existing local ordinances failed. However, neither the house nor senate versions passed through committee before the relevant deadline(s), and both bills died.

The “no fees” bill
HF 3814 / SF 3253 aimed to prohibit a city, county, town, or other taxing authority from increasing or imposing an excise tax on food containers. This would have invalided vendor fees on plastic bags, an extremely effective method of reducing plastic use.

This measure was referred to taxes in both houses, and also referred to property tax/local government in the house. The language was eventually included in the large tax bill passed by the legislature at the end of the session.

Gov. Dayton vetoed the tax bill shortly after it was passed, and the provisions in the bill (including local pre-emption language) failed to become law.

Several Minnesota organizations are working on a statewide approach that would prohibit to-go containers that aren’t recyclable, compostable or reusable. It's modeled on the current Minneapolis ordinance, but includes a modified hardship exemption among other differences. FMR will continue to monitor these efforts and keep our members apprised of their progress.