A few months ago, Minnesota was looking at a sizable budget surplus. Now we've got a projected $2.4 billion deficit. What does that mean for clean water funding this legislative session?

A special May economic forecast from Minnesota Management & Budget (MMB) suggests the state’s economic condition has worsened substantially since February.

The agency now projects a state deficit of $2.426 billion for the current biennium (1). Revenues are expected to come in $3.6 billion lower than expected, while spending (largely on COVID-19 related response) is expected to be $391 million higher than in February.

This stands in stark contrast with the February budget projection, which showed the state on track for a $1.5 billion surplus over the biennium. The $4 billion swing will certainly impact environmental funding in Minnesota. 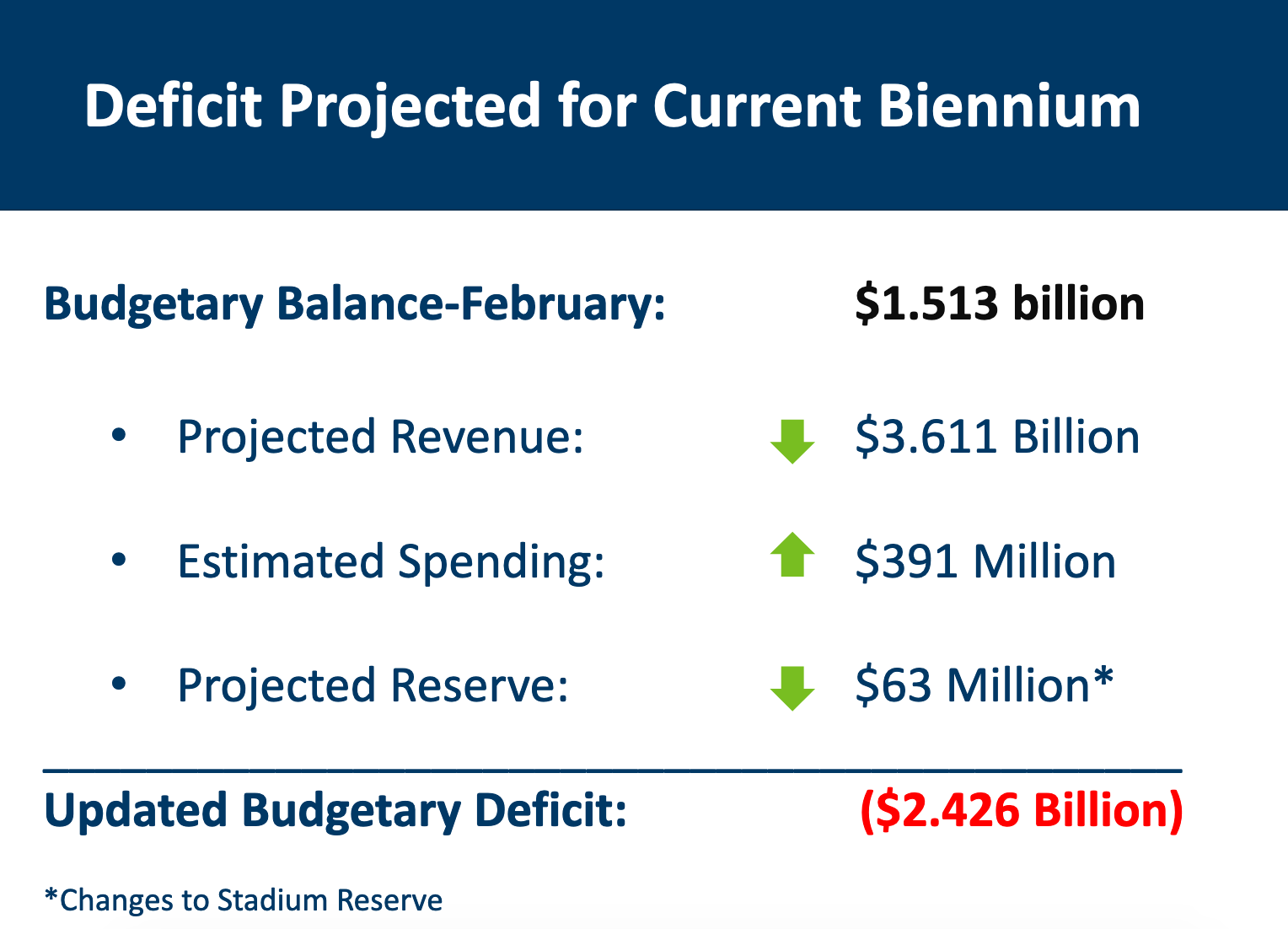 With the state staring down an 8.5% shortfall for the fiscal year ending June 30th, and a total deficit of nearly $2.5 billion for the full biennium, it’s safe to say significant new general fund environmental investments are…very unlikely.

That said, we do not yet have revised budget targets from the House or Senate detailing their preferred approaches to balancing the state budget. And the degree to which lawmakers will rely on our rainy-day fund (see below) remains unknown.

Overall, the state’s $342 million in general fund spending on the environment is just 0.7% of the biennial budget, so lawmakers may make some cuts but certainly can’t rely on environmental budget savings to close the gap.

In addition, the state also brings in significant fee-based revenues for environmental purposes. Some, such as fishing license revenues, are growing due to the public’s response to the pandemic.

The budget news isn’t all bad, largely because of Minnesota’s relatively sound fiscal position. Due in part to state budget surpluses in recent years, the state has assessed a $2.35 billion rainy day fund. In addition, the state has an additional $350 million in its cash flow account.

Because we are now facing a projected deficit, the state has the ability to dip into that fund to cover any unmet expenses.

However, given the enormous economic uncertainty ahead, state leaders will likely aim to save a good portion of these funds to allow the state to respond to ongoing economic volatility.

One opportunity that remains unaffected by the budget forecast is state bonding. Ultra-low interest rates and high demand for capital investment projects make this an ideal time to fund environmental infrastructure projects, especially much-needed fixes to the state's water treatment and delivery systems.

That's why we've joined the Fix the Pipes Alliance asking the Legislature to invest at least $300 million in water infrastructure through this year's bonding bill. Let your legislators know you want to fix the pipes.

The Legislature’s final day of the session is set for May 18th. Legislators are now fighting the clock as well as the budget deficit. Meanwhile, the political complexity of passing a bonding bill in the House has increased, and new COVID-19 cases have emerged among Senate staff, prompting quarantines that may further complicate operations.

We are hopeful the legislators and the governor can complete negotiations on a revised state budget, a bonding bill, COVID-19 response legislation and an Environment & Natural Resources Trust Fund allocation in the coming weeks.

If not, the governor will likely call a special session prior to the end of the current fiscal year to give legislators more time to complete their work.

Sign up to become a River Guardian, and we'll email you when important river issues arise — and make it quick and easy to contact decision makers!