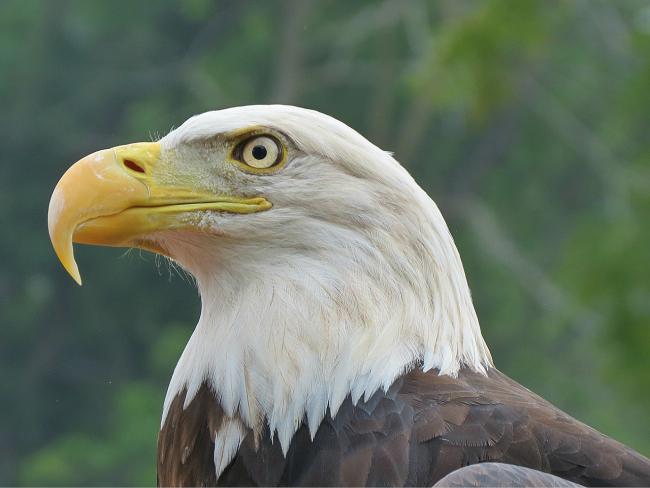 About 90 percent of bald eagles received by the Raptor Center have elevated levels of lead in their blood. Of those birds, 20-25% have lead levels high enough to cause poisoning – most of which die or are euthanized.

The unintentional poisoning of eagles can occur when they scavenge carcasses of deer killed by lead ammunition. This is the predictable consequence of using lead rounds in hunting.

According to the Raptor Center, data on location of origin and seasonal timing of lead poisoning events in eagles clearly indicate that spent lead ammunition is the source of lead exposure.

Once ingested, lead is a neurotoxin and interferes with the nervous system. Lead-poisoned birds are weak and struggle to breathe. Their gastrointestinal tracts begin to shut down, and the birds can be found twitching, with abnormal breathing and soft vocalizations.

Some eagles are even brought into the center seizing from lead toxicity. (Warning: video is not for the faint of heart.)

We’ve known about the risks of lead rounds for decades. The state banned lead shot for waterfowl hunting in 1987. The federal government followed suit shortly thereafter. In California, nonlead ammunition is required when taking any wildlife with a firearm.

The Minnesota Department of Natural Resources has considered extending the ban to other small game for well over a decade, though those efforts have been largely stymied by opposition from hunters.

Want to help the river and its wildlife?

Read more from The Water Blog