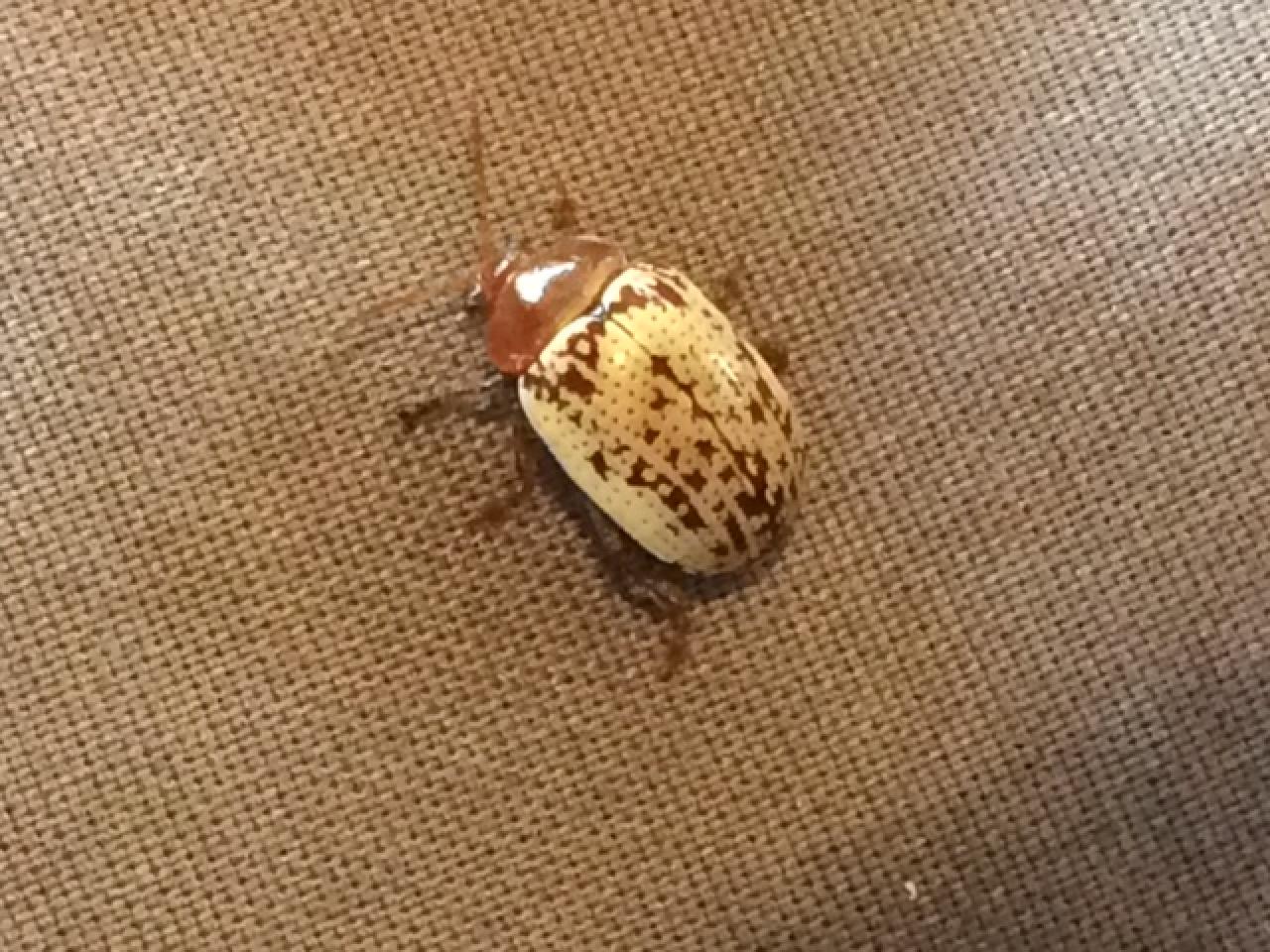 With spring's final victory over the cold winter sun and snow, it's always a delight to witness the return of robins, butterflies and other springtime friends. But even after a decade (okay, maybe two) of exploring our local habitat, I'm still surprised by the number of new-to-me creatures I encounter as the days warm, and the fascinating means they employ to survive.

During the last days of April, my wife drew my attention to a few beetles on a sumac bush in our yard. Having never seen them before, I put two in a magnifying jar and looked them up. Turns out that they're sumac flea beetles (Blepharida rhois), and they're surprisingly fascinating little creatures.

Over-wintering as adults, sumac flea beetles emerge around bud-break and feed on young sumac leaves. Here, they also mate and lay their eggs ... and this is where the story gets more interesting.

The female beetle covers the eggs with her own excrement, a form of self-protection referred to as "shield defense." When the larvae emerge from the egg and begin to feed, they too cover themselves with their feces. Ants, one of their predators, shy away from them with this “sugar coating” in place.

When curious researchers fed the young lettuce, however, ants were not deterred and ate the larvae. But returning them to their regular sumac regime deterred the ants once again. So it's not the excrement alone, but chemical compounds that sumac provides that keep predators away. In their report, the researchers noted that this was "one of the first instances of an insect using a mixture of primary and secondary substances for defense against predators."

Once grown, sumac beetles have a different defense mechanism. Like other flea beetles, they can use their well-developed hind legs to quickly propel themselves out of harm's way.