Not a creature was stirring... | Friends of the Mississippi River
Skip to main content

Not a creature was stirring... 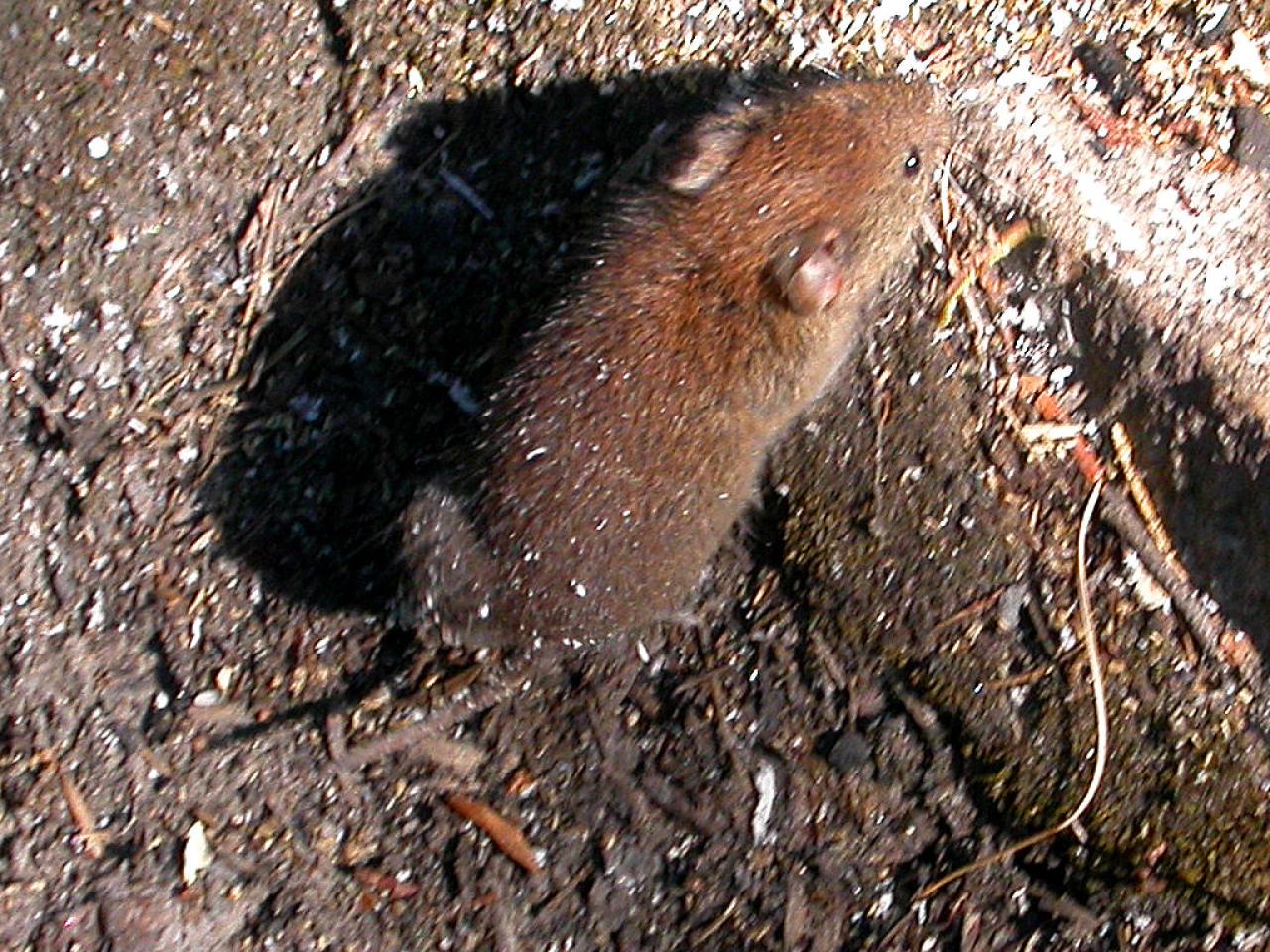 Not even a...vole? An evening visit to the compost bin turns into a deadly encounter with a native rodent.

Deadly encounter?? Well, maybe for an insect or two! It was, however, a dark and wintery night. My odiferous compost bucket could be ignored no more and I was compelled to venture into the night on an excursion to the compost bin. Headlight beam on high, I opened the bin to a scurry of action. At first I thought the little critters that ran about were white-footed mice, our most common rodent. But when one of them “froze” in my headlamp beam, I could clearly see the short tail, small ears and small eyes that identified it as a vole. Further, the distinctive tawny red color on the back identified it as the southern red-backed vole (Clethrionomys gapperi). A new species for the yard list! The little guy hung around just long enough to get a few strokes from my finger, then hustled on.

So who are these red-backed voles? My curiosity was aroused, as faint memories from my mammalogy class some decades ago seemed to indicate, this species would be more likely in the boreal forests of Minnesota. While they are most common in that part of the state, I was assured by DNR’s mammalogist, Gerda Nordquist, that they could be present in the north metro, especially in moist woods or coniferous areas. In North America, their range is across Canada and the northern states, and south in the Rocky and Appalachian mountains. In Minnesota, meadow voles (Microtus pennsylvanicus) and prairie voles (M. ochrogastor) are the most common vole species.

Although similar in appearance to mice, voles are actually in the family, Cricetidae, whereas mice are Muridae. Voles are more interested in roots and the base of small trees and other plant matter, but are opportunists and will feed on a variety of things. They are not inclined to intrude into houses, but they can be the culprits that girdle small trees, eat bulbs and roots of lawn grasses and garden plants, and tunnel along lawn surfaces. They tend to use mole holes rather than dig tunnels but make small holes in the soil about 1 inch across to get to tubers and bulbs. For the most part, they are not problematic for humans and have important roles in the ecosystem as prey for a variety of species and seed dispersers.

Active day and night all year long, in the winter they live in the compressed vegetation below the snow. Evidence of these little animals is most apparent after snowmelt, where their surface tunnels in the grass can be seen, and sometimes little grass nests. They rely on the insulation of snow cover, which keeps the temperature about 32 degrees F, so many may not survive very cold winters with little snow cover. They have a short but prolific lifespan - sexual maturity is reached at two to four months, gestation is 18 days and young are weaned in 20 days. They typically have 2-3 litters per year, with 4-6 offspring in each.

Unlike other voles, red-backed voles will climb trees and they also tend to hop rather than run.