The mighty call of the... timberdoodle?! | Friends of the Mississippi River
Skip to main content

The mighty call of the... timberdoodle?! 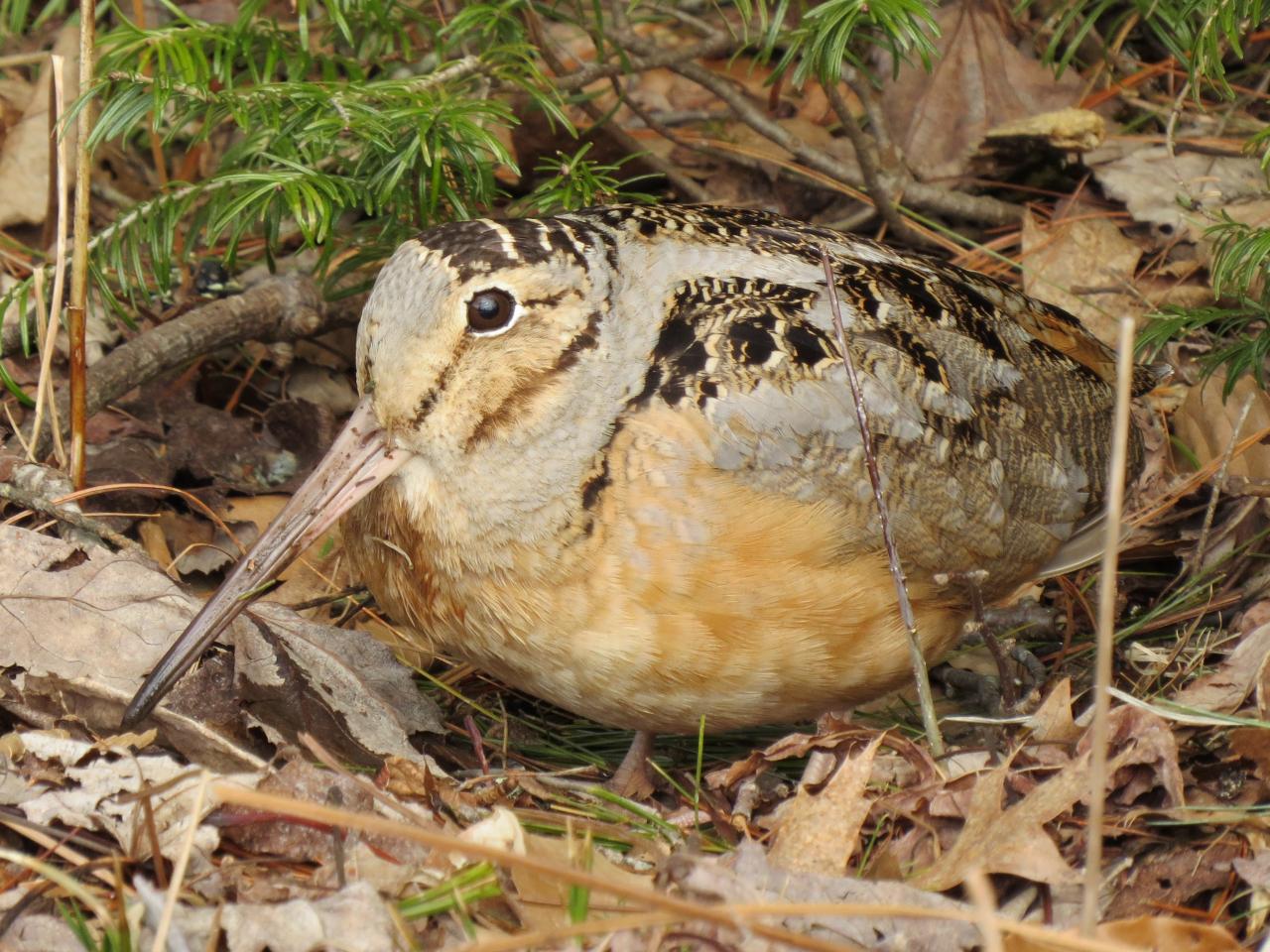 A silly nickname for the American woodcock, “timberdoodle,” seems fitting for this rather silly-looking bird that doesn’t seem to quite fit into any bird group. In fact, Seneca Indians reportedly believed that the woodcock was created from the leftover parts of every other bird! It’s a smallish, chunky creature, about 10 inches long with a stubby tail, short legs and an extra-long bill nearly 3 inches in length. The eyes are very large, and set far back on the head, making it almost look like its head is on upside down. But that eye placement gives them an extraordinary visual field of view, possibly the largest of any bird, while their large size gives them better night vision, when they're most active.

Even the classification of the woodcock as a shorebird seems a misnomer, as they don’t live or feed anywhere near a shore. Rather, "timberdoodles" dwell in open forests. While their long bill is similar to that of their shorebird relatives, it has an additional prehensile feature — the tip of the upper mandible can be opened while underground to enable them to grasp worms and insect larvae.

What makes woodcocks such a harbinger of spring is their unique courtship display that generally starts in late March in our area and continues for weeks. Males arrive on the display grounds, typically an open grassland with some areas of short vegetation, in the very dim dusk and dawn light. They display singly, but there may be multiple males within a few hundred meters of one another. Sitting on the ground where the grasses are short or flattened, the male emits a repeated “peent” call for about a minute or two. Then he flies up, climbing very high in the sky, often out of sight. On the descent he flies in wide spiral loops or zigzags. The wind moving through specialized primary feathers makes a twittering sound, while the bird also emits a liquid chirping song. In the last 20 feet or so the bird suddenly drops to the ground in a fluttering fall.

As if all that weren't enough for one bird, woodcocks have another charming characteristic. While generally very secretive birds that nest on the ground and blend in with the leaf litter, woodcocks adopt a hilarious manner of “bob-walking” when crossing a road or open area that only serves to make them more conspicuous. (While it's difficult to find a good video of the courtship flight, several "bob-walking" woodcocks are on YouTube.)

Woodcock populations have been gradually declining throughout their range in eastern North America, with an estimated 1% annual reduction over the past 40 years, primarily due to habitat loss. It has no rare status in Minnesota, but is listed by the Minnesota Department of Natural Resources as a species of greatest conservation need.