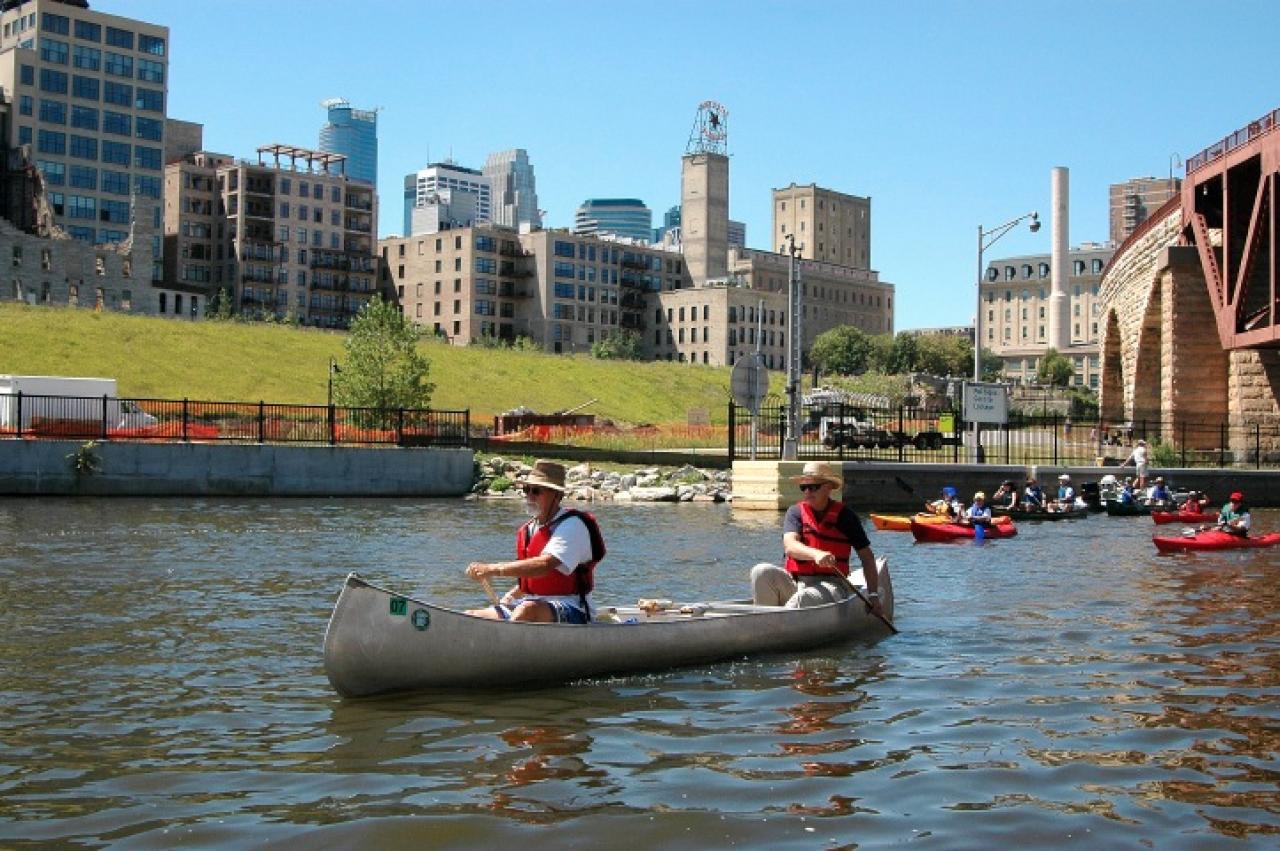 On April 11, 2016, the Minnesota Department of Natural Resources published the long-awaited and much-anticipated official Notice to Intent to Adopt Rules for the Mississippi River Corridor Critical Area. During this final period of review, an Administrative Law Judge will review the proposed rules and take public input through a formal comment and public hearing process. In addition to publishing the notice, the DNR has released the draft rules, detailed maps of subdistricts within the corridor, and the SONAR (Statement of Need and Reasonableness). (All of these documents, along with background on the rulemaking process to date, are available on the DNR’s critical area website.)

The Mississippi River Corridor Critical Area (MRCCA) was established 40 years ago to protect and preserve the unique scenic, natural and cultural features of the 72-mile section of the Mississippi River flowing through the Twin Cities from Dayton to Hastings. A decade later, the corridor was designated a national park, the Mississippi National River and Recreation Area (MNRRA).

In 2009, the Minnesota Legislature directed the DNR to update the critical area rules, a process that included five years of informal rule development with extensive public participation. FMR participated in dozens of stakeholder meetings and engaged thousands of local citizens in advocating for strong protective rules for our beloved national park.

Now that the official rules have been published, the formal review process begins, lasting six to nine months. If all goes as planned, the DNR will formally adopt the rules by the end of 2016. To start the process, there is a public comment period allowing interested parties to weigh in with the judge. Written comments will be taken until early July and three public hearings are scheduled in June. A few months after that, the judge will issue a report with recommendations, and the rules move on to DNR Commissioner Tom Lanwehr for final approval. The rules are enforced at the local level and officially go into effect when local government units adopt an updated MRCCA plan and ordinance.

During the next few weeks, FMR will be poring over the rule package, consulting with other nonprofits and the local Mississiipi River National Park Service unit, and developing detailed written comments and oral testimony. If you would like to stay informed about the process and FMR’s efforts, please email Alicia Uzarek, policy advocate, auzarek@fmr.org.

While we haven't finishied our review, FMR believes the rules offer some big overarching improvements over the existing framework. The new state rules for MRCCA:

• Provide a set of clear, consistent and effective standards and guidelines to ensure the most valuable resources in the corridor are protected and preserved. The old framework was dated, confusing and vague, and in some cases it was ignored or of limited influence.

• Help river corridor communities hit the reset button for their riverfronts. Once the rules are formally adopted, each of the two-dozen cities and towns along MRCCA will need to update their local critical area plans and ordinances, in some cases for the first time in decades. These local efforts will inspire renewed community engagement as many cities are looking for ways to provide more riverside parks, trails and public access and the stronger economy is driving more riverfront redevelopment.

• Contain six districts instead of four, with new districts that better reflect the river’s unique resources as well as existing and planned future development.

• Require open space dedication for new development on river-adjacent parcels of 10 acres or more, with an emphasis on protecting shorelines, bluffs, mature trees and other key resources and assets. This provision is particularly important in undeveloped areas of the corridor, which require that up to 50% of the land is conserved as open space.

• Refine and clarify guidelines to protect scenic views. Height limits in the old framework were either 35 feet or unlimited, leaving little room for urban growth outside of highly developed areas along the river, and zero scenic protection in others. In the new rules, each district has a height standard that makes sense for existing and planned development. Cities are also required to identify, study and protect the most important scenic views in their community from any development, and to follow a specific process to grant variances for building height.

• Offer restructured standards and clear definitions for developing near shorelines, bluffs and steep slopes to provide both scenic protection and erosion control. The new standards continue to define bluffs as slopes that are greater than 18% and to protect both bluffs and slopes from development. Maintaining the core slope percentage for these standards was a big victory for the river during the informal rule drafting process, as bluff definition turned out to be quite controversial.

Stay tuned to Mississippi Messages for more insights as we delve deeper into the new draft.