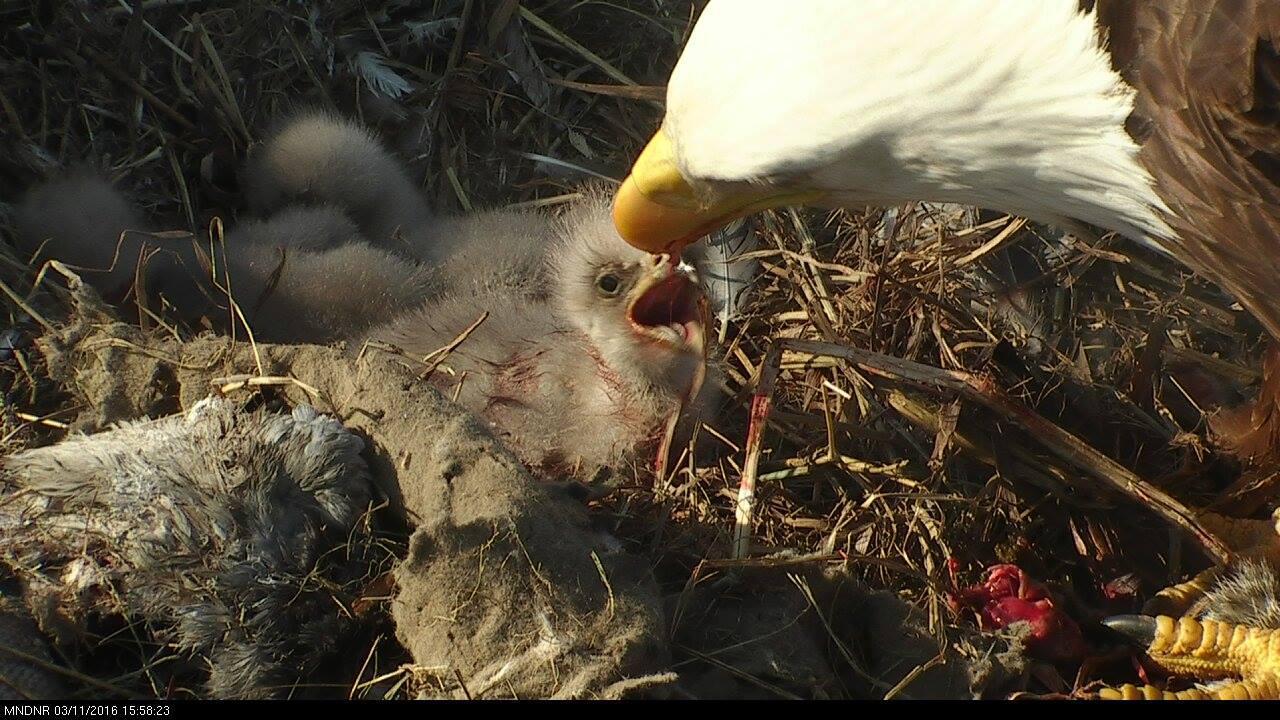 An adult bald eagle feeds its babies live on the DNR Eagle Cam.

Each year in the Twin Cities, humans and other wildlife patiently wait for spring. Some years it arrives to stay, other years it arrives only to beat a fast retreat, plunging us back into winter temperatures. But over the last few years, one of the few constants in the period between winter and spring in the metro has been the presence of bald eagles. As spring creeps back they take to the sky, hunting for prey, fighting over territory, and mating.

Along the Mississippi River in the Twin Cities, eagle populations are booming, with 55 active nesting sites averaging around 1.5 nestlings per nest. The population has been steadily increasing since 2011 and shows no signs of slowing.

In the metro, eagles tend to nest along riverways, depending on large super-canopy trees for nesting sites. Cottonwood trees are particularly important, making up roughly 84 percent of bald eagle nesting sites in the metro river corridor, a.k.a. our local national park, the Mississippi National River and Recreation Area. (Learn more about the current state of eagles in the Twin Cities, including data on nesting health, in the 2016 State of the River Report.)

By now, many of the eagles in the area have already laid eggs and are incubating them in their nests. After just over a month of incubation, the eggs will hatch and the parents will begin to rear their young, feeding them with scraps of fish, birds, and whatever other prey they may find during their forays for food.

If you’re not squeamish, you can watch the entire process live on the Minnesota Department of Natural Resource’s eagle cam, where the young eagles have already hatched! The cam has become a bit of a phenomenon, with scores of followers keeping tabs on the eagles’ every move. You can check in now and then, or park it in a corner of your monitor for microbreaks during work hours, be sure to visit the DNR site to watch all the action!