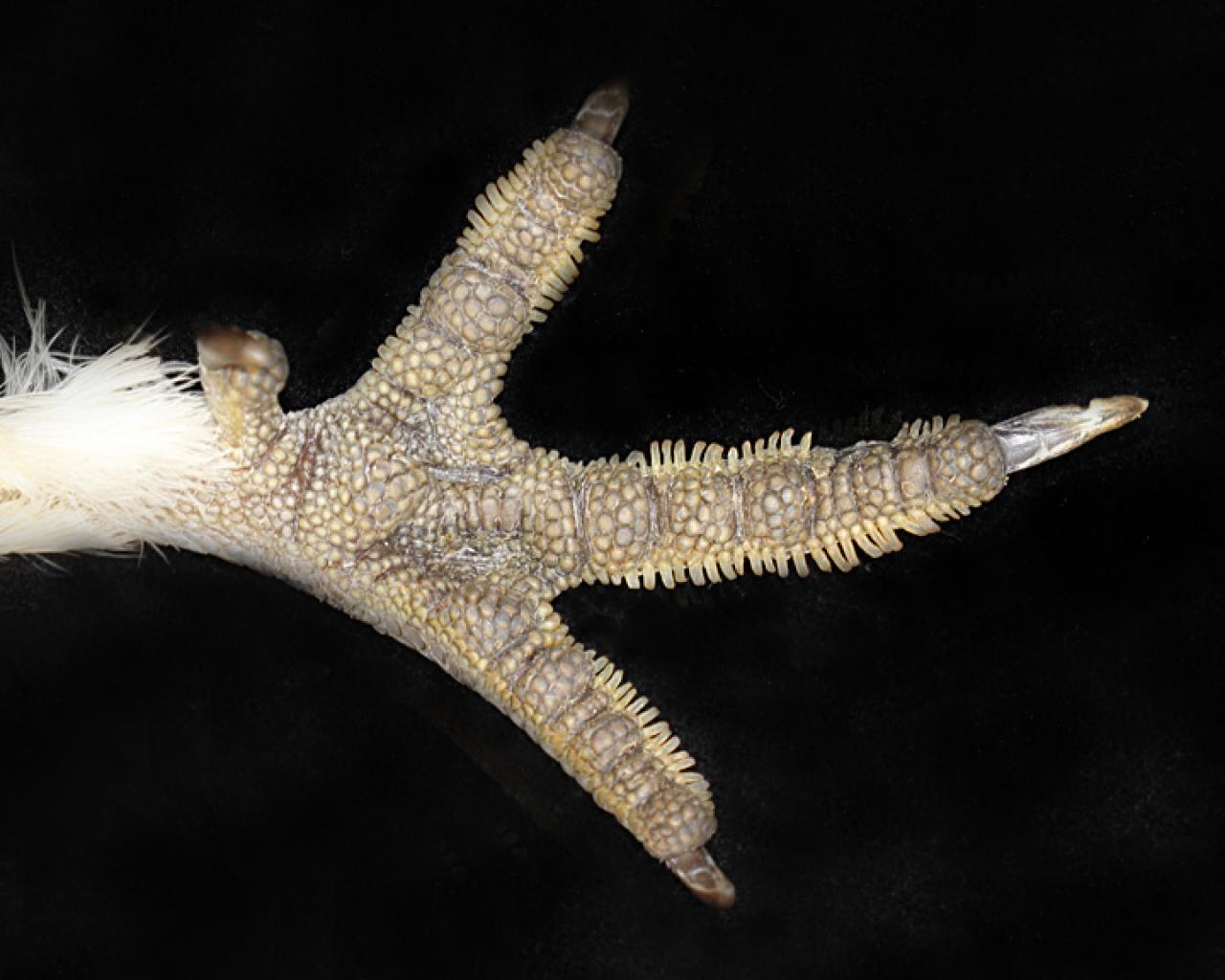 Grown each fall and shed in the spring, the grouse's comb-like foot fringe acts like a snowshoe to help them walk on top of snow. (Photo courtesy of Mary Holland.)

Animals evolved in fascinating ways to survive our harsh winters. Noticing ruffed grouse tracks in the snow recently, I had to wonder how these mostly ground-dwelling birds move across the forest floor when the snow starts to pile up. Turns out, these birds grow a pair of “snowshoes” and carry on just fine. In fact, they need snow to survive the season.

Called pectination, the “snowshoes” are a comb-like fringe along the sides of the toes. This increased surface area allows the grouse to stay aloft — accomplishing essentially the same thing as the large, furry feet of snowshoe hares. It also gives them extra grip when they perch on icy branches to eat tree buds. Unlike the shoeshoe hare, however, the grouse grows this special comb each fall and loses it in spring. 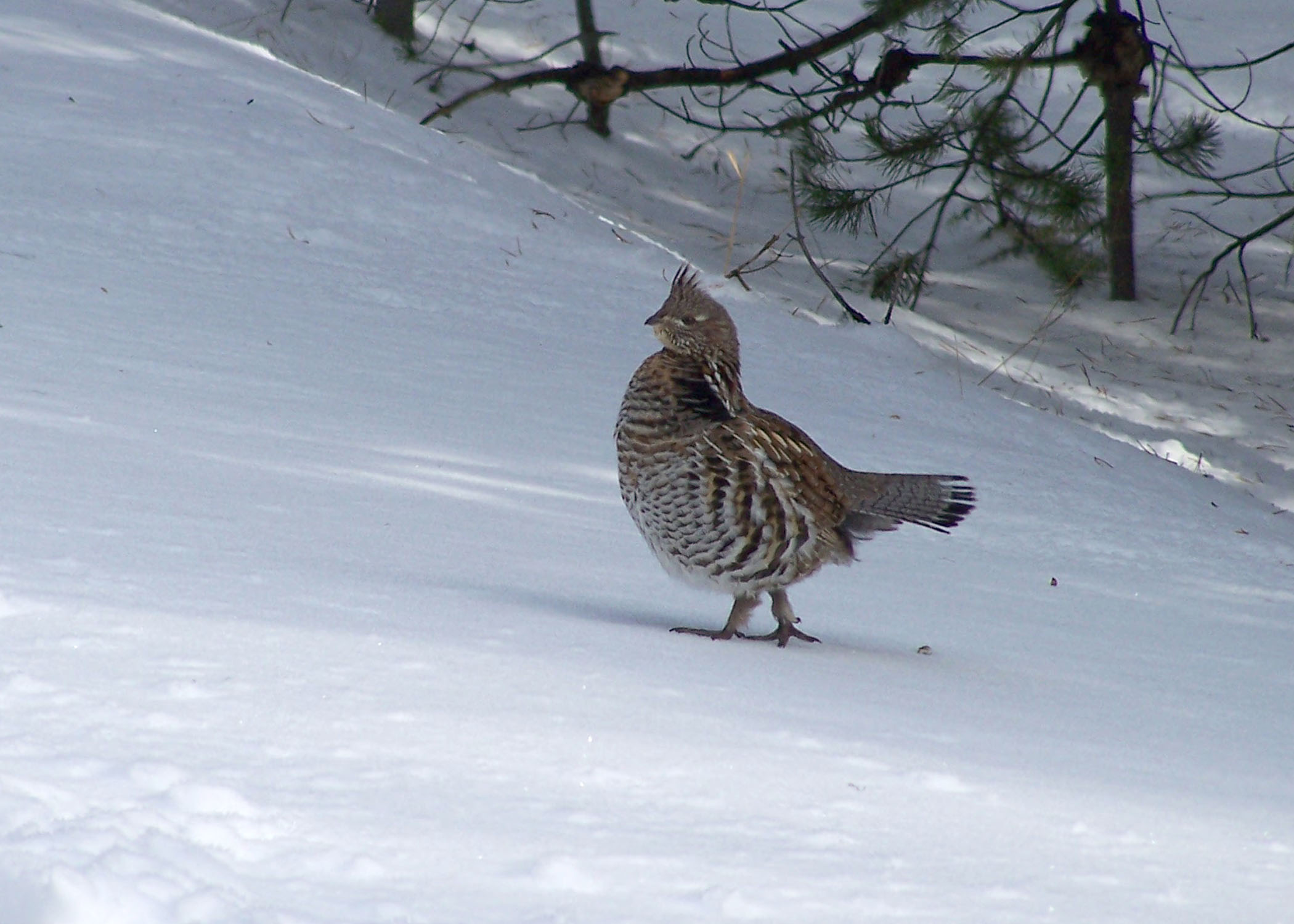 Ruffed grouse and snowshoe hares are interconnected in another unexpected way.

According to the Cornell Lab of Ornithology, grouse and hare populations follow one another. When hare populations are high, coyote and other predators have a lot of food; grouse are not hunted as much so their population also grows. But predator numbers increase with the bounty of food, leading to sharp declines in hare populations. This leads predators to seek alternative prey, so grouse numbers also decline. This cycle occurs over an eight- to 11-year period.

Another interesting winter adaptation of ruffed grouse: They take advantage of the snow. They burrow into it to roost and make the most of its insulating properties. In fact, cold winters with little snow can reduce their survival rates.

Unlike some birds, grouse can also eat buds and twigs that are high in cellulose, meaning they don't need to fly south to find sustenance. Aspens, especially quaking (Populus tremuloides) and big-toothed (Populus grandidentata) are an important food source for grouse. They especially prefer the male flower buds, which are the most nutritious. According to Naturally Curious, so linked is the ruffed grouse to these two species that their ranges are nearly identical.