Nature notes: Turtles on the go under the ice | Friends of the Mississippi River
Skip to main content

Nature notes: Turtles on the go under the ice 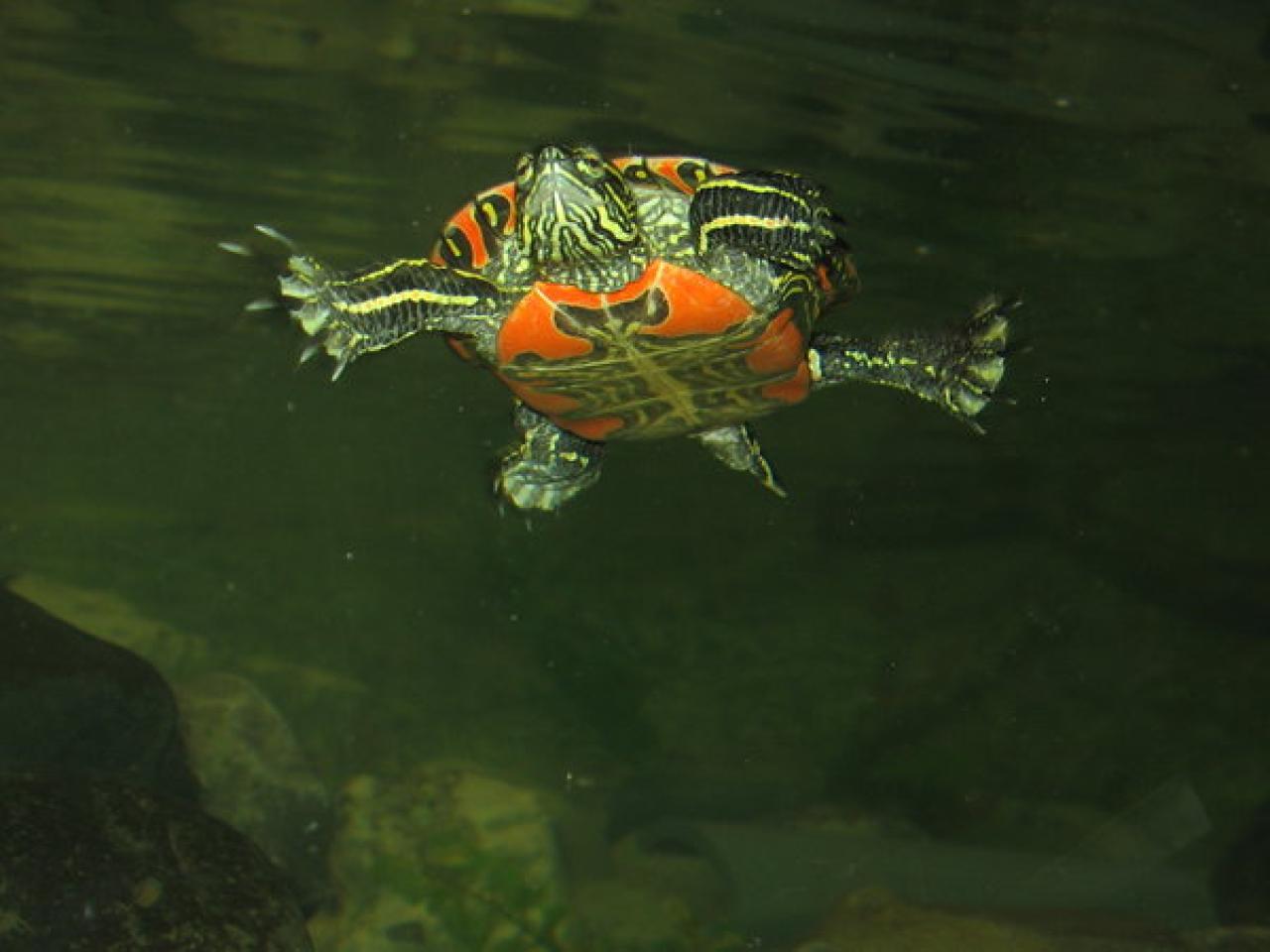 For reasons yet to be understood, painted turtles remain active but out of sight under winter ice. (Photo from gorthx on Flickr/Creative Commons)

My Arizona parents wonder how I can go about daily life during Minnesota’s winters. My answer?: We keep moving.

As it turns out, so do many of our overwintering turtles. Under the ice of our lakes, ponds and rivers, some of Minnesota’s hibernating turtles are actually on the go.

With average winter temperatures well below freezing, Minnesota’s 11 species of turtles survive by retreating to the cold but unfrozen waters under the ice. At the bottom of the Mississippi River and local lakes, they slow their metabolism way down to roughly four heartbeats a minute. Eating is not necessary, and with such a slow metabolism, digestion isn't even possible.

And rather than hunkering down and waiting out the season, scientists now know that some turtles remain active ... albeit a kind of slow-motion active.

Researchers from the University of St. Thomas and Three Rivers Park District radio-tagged painted turtles (Chrysemys picta) and tracked their winter movements at a Twin Cities area lake for four years. On average, the turtles' forays measured around 8 feet a day, with some traveling as much as 150 yards in a week. While not exactly marathoners, these clearly weren't inert creatures. (Read the full study here.)

We're yet to discover why turtles would roam in winter. Such movements expend precious energy at a time when they're not refueling.

The Minnesota study did find that turtles spent time in the lake's shallower regions, where dissolved oxygen concentrations may be higher. Turtles are able to absorb oxygen from the water through vascularized areas in their mouth and anus (yes, you read that correctly).

It could be that our turtles are searching for mates, but with cold temperatures and slow metabolism rates, mating itself is probably not occurring. 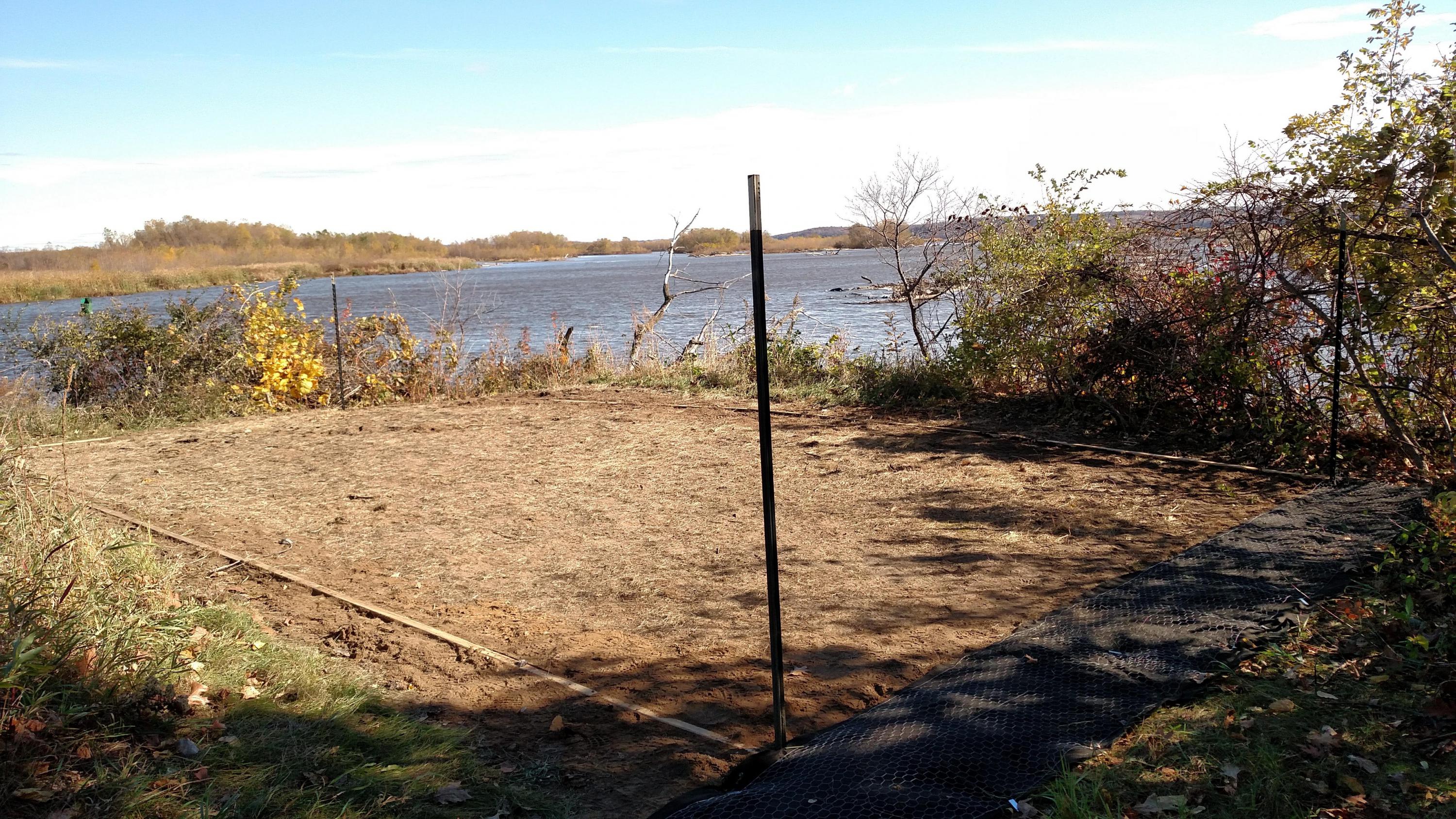 FMR's turtle nesting enclosure on the banks of the Mississippi River will be finished in time for egg-laying in spring 2018.

FMR's land conservation team is working to ensure that when the Mississippi River’s turtles finally emerge from their winter lumberings, safe nesting sites are available.

In 2017, with funding from SeaLife Minnesota, we built an enclosure to protect turtle eggs on a stretch of sandy shoreline in Spring Lake Islands Wildlife Management Area in Dakota County. This site is known for being home to a variety of Mississippi River turtle species. Unfortunately, their nesting sites are also known for being heavily predated, a common problem. With turtles facing habitat loss and other threats, maintaining reproduction is increasingly important.

If the project proves successful, we may build more turtle nest protection enclosures at other FMR restoration sites. Stay tuned to Mississippi Messages or our facebook page for updates!