Nature Notes: Fall is for the squirrels | Friends of the Mississippi River
Skip to main content

Nature Notes: Fall is for the squirrels 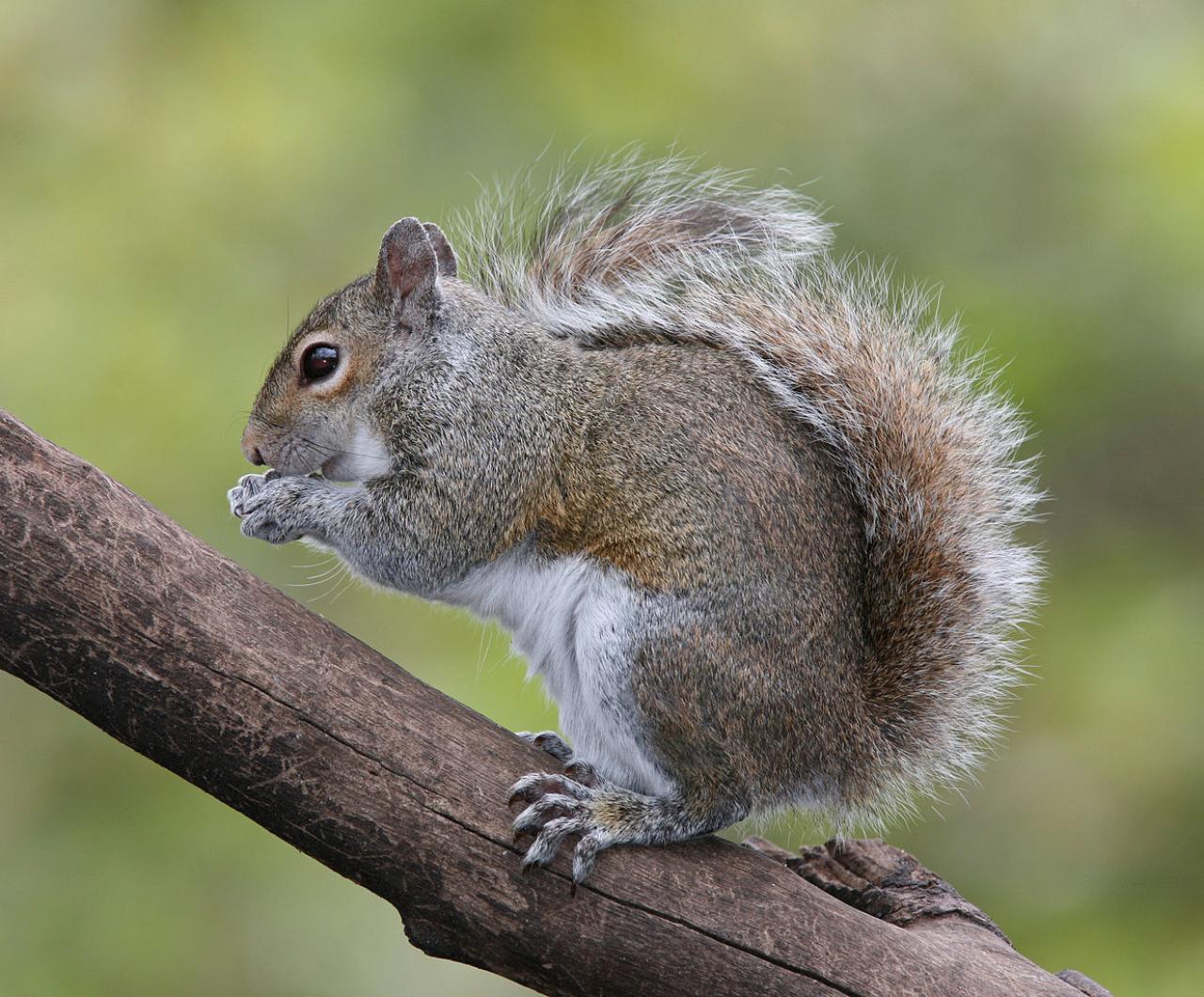 'Tis the season for gray squirrels to fatten up.

For most Twin Cities residents, seeing wildlife can be a daily occurrence…depending on your definition of wildlife. While it’s true that we rarely get to glimpse popular and iconic species or "charismatic megafauna" like bear, elk, or wolves, we regularly see deer, raccoons, groundhogs and other animals. These species have flourished at the interface of developed and undeveloped land, often called the wildland-urban interface or WUI, and have adapted to take full advantage of the benefits provided by human development. In our more built areas, they benefit from a lack of predators as well as plentiful food sources — from gardens to garbage cans. One particular species that has flourished in the metro is the gray squirrel, but it wasn’t always this way.

Before European settlement, Gray squirrels inhabited large tracts of woodland and forest in the eastern United States. However, by the 1870s, gray squirrels were being introduced to American parks to provide people with a more close-up wildlife experience. New York’s Central Park was one of the first and most iconic squirrel introduction sites, with as many as 1,500 present by the early 1980s. Now gray squirrels are present throughout the nation and have become one of the most common urban and suburban wildlife species.

Whether in a park, your yard, or precariously crossing a busy street, squirrels seem to be everywhere now, especially at this time of year. Fall is when gray squirrels prepare for winter in earnest, they not only need to gain weight but to stash enough food to get through the wintertime. That’s why you’ll see them frenetically rooting through your trashcans, perched on backyard bird feeders, or burying nuts throughout the yard. You may even hear them chattering as you as you walk by a preferred tree or perch. 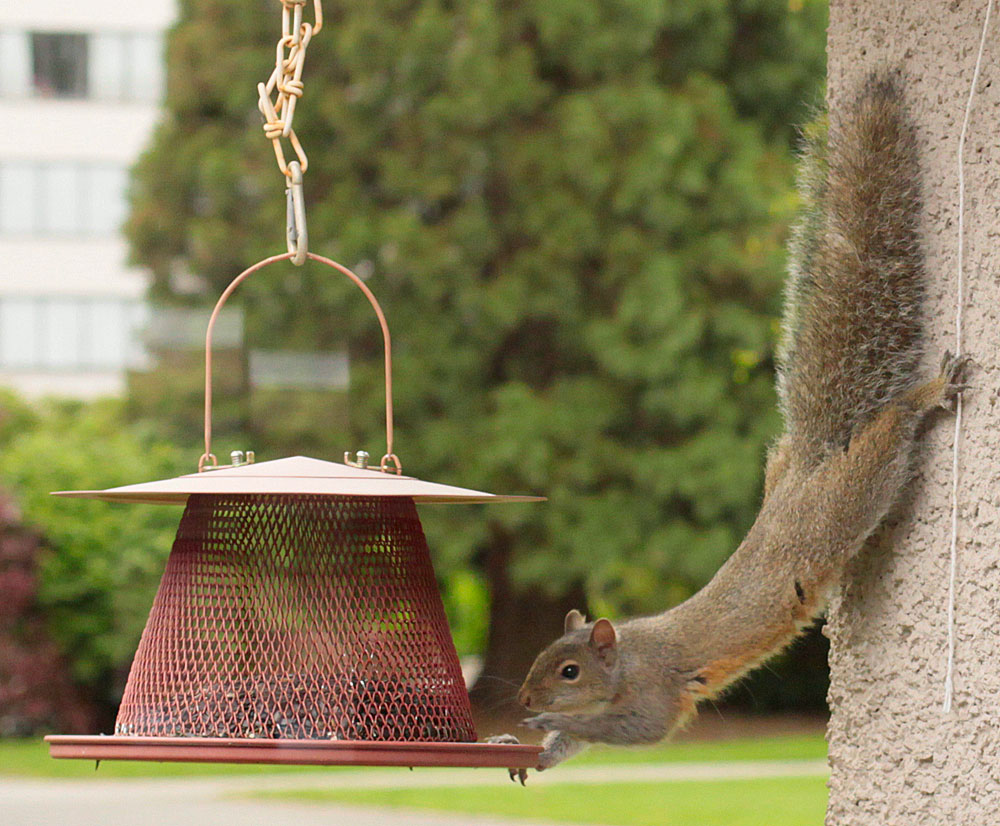 A gray squirrel stretches to reach seeds in a neighborhood birdfeeder.

Contrary to those more noisome acts, our longstanding interactions with squirrels have shed some light on interesting and ecologically beneficial behaviors. We’ve learned that gray squirrels are quite smart, and have developed ways of tricking would-be thieves from finding their food stores. To do this, they engage in ‘false caching,’ where they actually dig holes and cover them up without putting anything into them.

We’ve also learned that they’re able to smell their buried food through up to a foot of snow, allowing them to find their stored meals throughout the winter! Gray squirrels also bury so many nuts that they invariably forget some. This plays an important ecological role, as they’re essentially planting seeds that become future generations of trees and shrubs. Finally, (and skip this sentence if you’re a squirrel lover!) the increase in squirrel populations has provided an ample food source for predators like hawks that are also experiencing a resurgence in more urban environments.

But it’s not all rosy. Gray squirrels were brought to England and other countries to populate estates and parks, and have since become quite invasive. Their presence has caused ecological and economic harm to forests and the timber industry, as the squirrels will strip bark from trees to feed on the underlying soft woody tissue. Moreover, they’re displacing England’s native red squirrel, a smaller species that can’t compete with the larger gray squirrel. In fact, the red squirrel’s range has declined precipitously, with some groups predicting it will be gone from England in under ten years. Finally, they’ve also been found to be a carrier for lyme disease both here and in the UK, where their growing population is linked with a rise in the disease.

Here in Minnesota, gray squirrels are as much a part of our urban and suburban ecosystems as we are. But they’re also complex animals that are likely smarter than we give them credit for. Next time you see one, or any of our more common wildlife species, take a minute to consider their role in our environment (both good and bad) and to appreciate their ability to adapt and succeed in a landscape dominated by humans.