One delightful, weird spring | Friends of the Mississippi River
Skip to main content 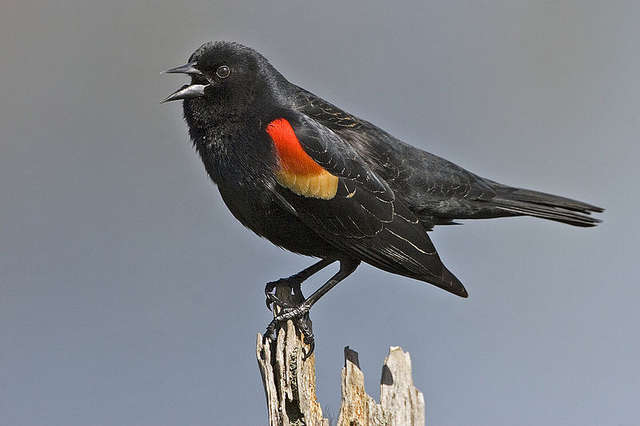 Spotted March 10th, male red-winged blackbirds like the one above arrived especially early this year to stake out their breeding territory.

Spring phenology is turned on its head this year with many record-breaking warm days this March. After a cold start, the warm-up began March 10th with a record-setting high of 63° F. Seven of the next 9 days were also record highs, with several days at or near 80° F and some overnight temps at or above 60° F. Temps fell the last week of March, but remained 10° F higher than average.

Many migratory birds arrived and many local plants and critters emerged one to four weeks before normal. Here are a few of our observations from the metro area: