Knock, knock. It's the not-so-red-bellied woodpecker. 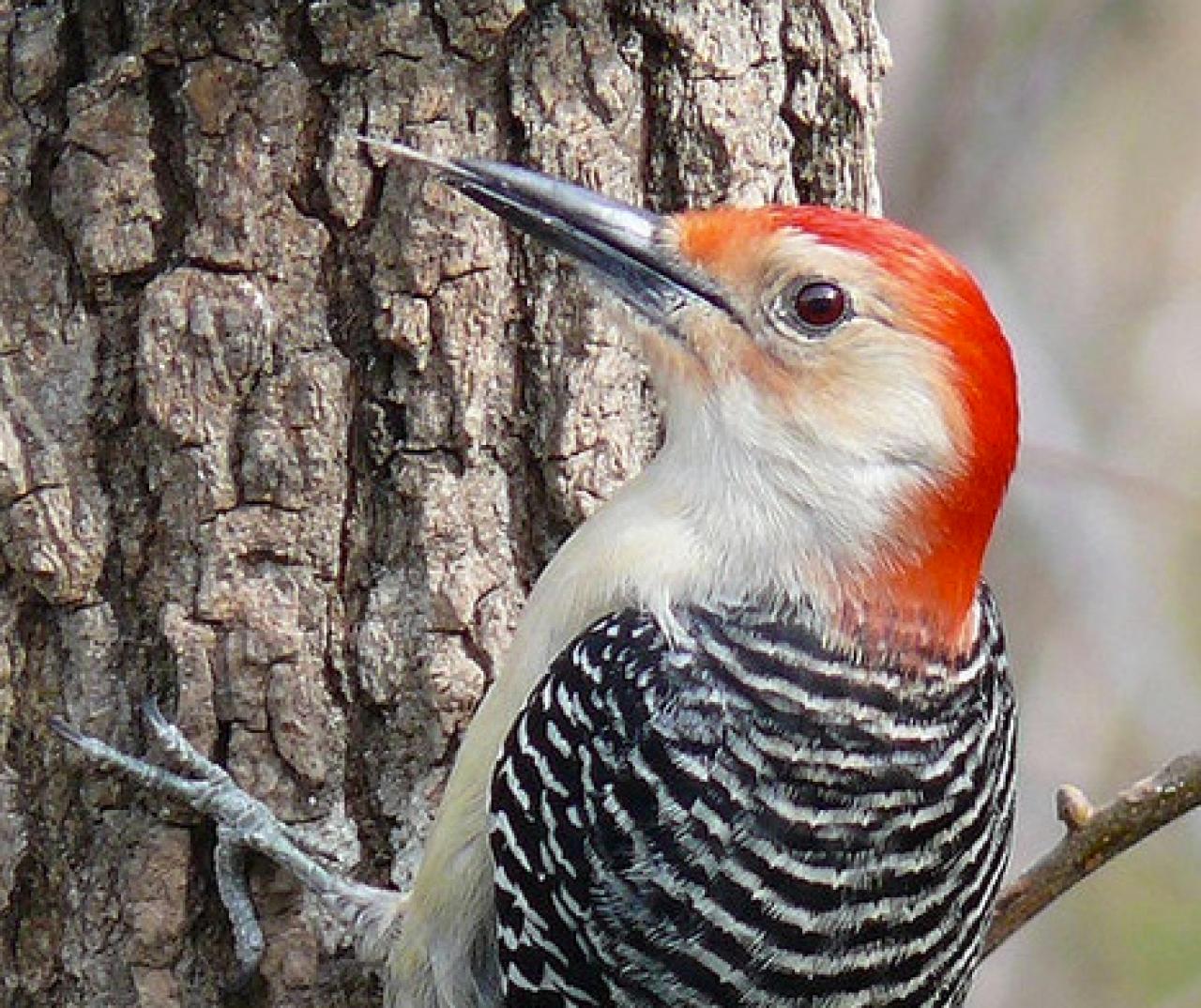 Due to the lovely orange-red color atop and on the back of it’s head, the red-bellied woodpecker is often mistakenly identified as the much less common red-headed woodpecker. But its red-head cousin has a fully red head, and other than a few outlier populations is only seen in Minnesota during the breeding season. The red-bellied, however, is a true-blue Minnesota native, toughing it out over much of the state all year long.

While our native red-bellied woodpecker does have a subtle blush to its belly, it is far better known for its enthusiastic drumming. In late winter, the red-bellied announces its presence rather insistently throughout the woodlands with its loud, echoing drum. On crisp, clear February mornings, the distinctive sound carries especially well. They maximize the volume by selecting objects that are particularly resonant, such as dead, hollow branches and metal poles and such. Check out a recent recording from my backyard here.

The increased angle of the sun and longer days may be what stimulates the birds to begin drumming, which is thought to be a territorial behavior.

A fun fact from Whatbird.com is that the males and females forage somewhat differently. Due to their slightly longer bill and wider tongue, males forage in the deeper fissures along the trunk while females with their shorter beaks mostly work the shallower bark of the branches.