River Story: Confluence of the St. Croix and Mississippi | Friends of the Mississippi River
Skip to main content

River Story: Confluence of the St. Croix and Mississippi 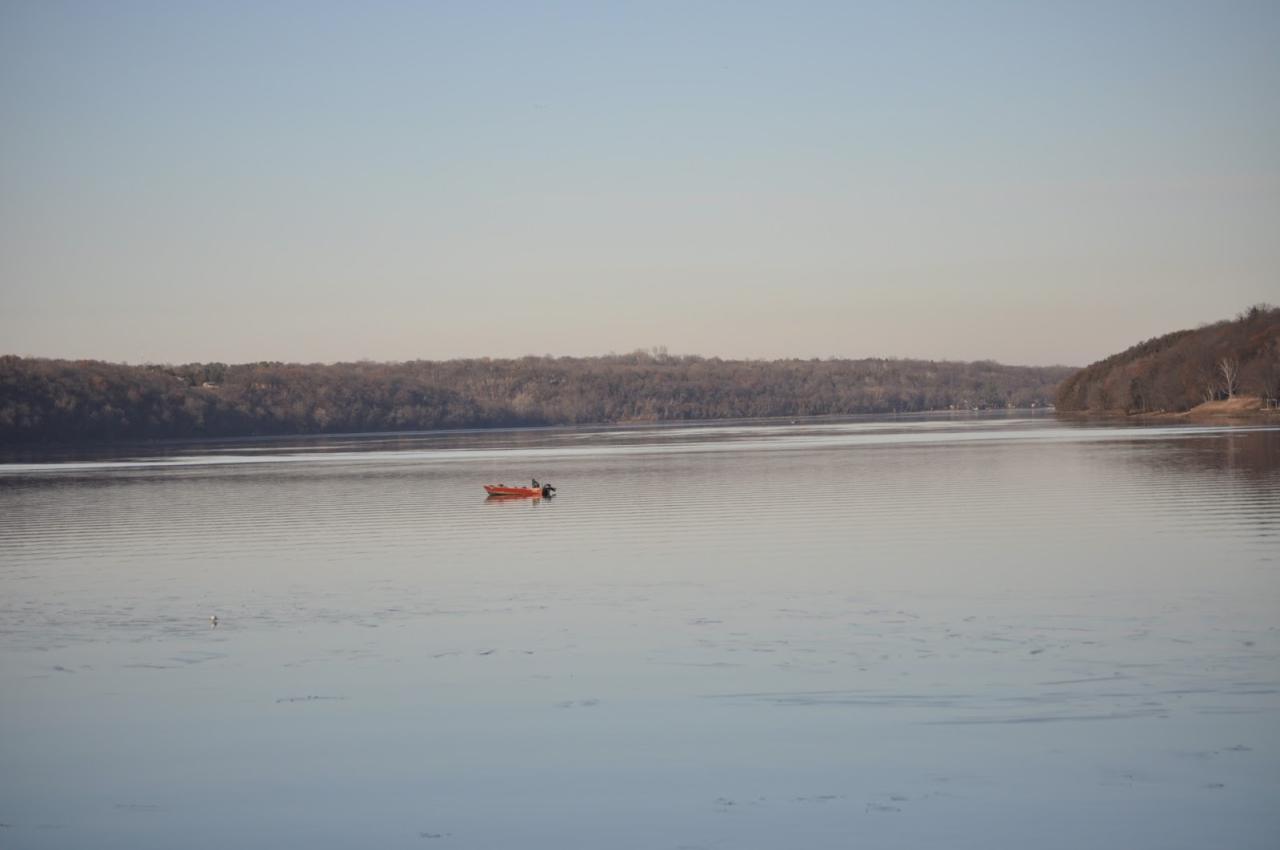 Sitting at Point Douglas Park next to Minnesota highway 10 in Prescott reminds me of the importance of this location, where the two rivers that define the boundary between Wisconsin and Minnesota for all but a few miles, come together.

The St. Croix was one of the first rivers protected in 1968 by the U.S. Wild and Scenic Rivers Act as a result of the leadership of the late Wisconsin Senator Gaylord Nelson who grew up in Clear Lake - just 60 miles from this spot.

Gaylord's love of the St. Croix was the major motivator for his advocacy for the Wild and Scenic Rivers Act, along with his coauthor and lifelong advocate for this river, Minnesota's Walter Mondale.

The relatively clean St. Croix joins the broadening Mississippi River here on its southern march to the Gulf of Mexico.

The St. Croix rises over 200 miles north as a trickle in a bog near Solon Springs, Wisconsin soon becoming part of Upper St. Croix Lake. Almost the entire St. Croix and its major tributary, the Namekagon, are protected by the National Park Service as the St. Croix National Scenic Riverway, although it's a thin ribbon of protection.

The river here in Prescott is the culmination of a 7,500+ square mile watershed with 21 major tributaries. The St. Croix is the first major river to join the Mighty Mississippi and is its cleanest tributary.

Looking north to Lake St. Croix, in 2008 the EPA designated this section of the river as 'impaired' — too much phosphorus and nutrients, prompting algae growth, affecting wildlife habitat and surface recreation.

The states of Minnesota and Wisconsin are committed to reducing these impairments, but progress is slow and the sources of the degradation of water quality are several — failed septic tanks, runoff from parking lots and housing developments and by far number #1, agricultural practices. The number of impaired lakes and rivers in both states is growing.

Also, when I look north, I recall a proposal in the early 1980's to build a new bridge across the river a few miles upstream from Prescott. Fortunately, the Governors at the time, Rudy Perpich and Patrick Lucey, said no. What a different vista this would be if that bridge had been built. Unfortunately, their successors two decades later were all too happy to support a nearly $700 million dollar bridge south of Stillwater.

Looking south to the Mississippi, one notices a dramatic difference in water appearance and turbidity between the St. Croix and Mississippi River at the confluence.

But the Mississippi gets a bad rap here. The Mississippi River, historically degraded as it flows through the Twin Cities, is a much cleaner river than decades ago as documented in last year's TPT Rebirth film.

In turn, the source of the Minnesota River's turbidity is without question runoff from extensive row crop agriculture throughout its watershed.

Unseen but a clear threat to the St. Croix are several species of invasive carp coming up the Mississippi River. Unlike on the Mississippi with its lock and dam system, the St. Croix's abundant fishery and recreational resources are unprotected from these voracious destroyers of habitat for more than 50 miles until the dam at Taylor's Falls.

So far only very small numbers of these invaders have been found in the St.Croix, but there is clear evidence they are moving north.

This spot inspires other more personal memories as well... When our kids were young, we had a small fishing boat that we frequently launched at the Control Data marina (now St. Croix Bluffs Regional Park) just upstream from Prescott.

We boated as far north as Afton, enjoyed swimming at the confluence of the Kinnickinnic with the St. Croix and the kids waterskied. Later, we purchased a cabin on the river about 40 miles north of here, near Osceola.

How fitting for a confluence to bring it all together.

by Peter L. Gove
One of the founders of Friends of the Mississippi River
December 2017

Created and coordinated by volunteer extraordinaire Michael Bischoff, the River Story Map kicks off FMR's silver anniversary year with 25+ stories of friendship with and connection to the metro Mississippi.  These honest and personal reflections portray the river as a source of intrigue and adventure, a beloved date night venue, and even an unlikely partner in tales of loss and healing. We hope you enjoy them and consider adding your personal story of friendship with the Mississippi River.