Trick question: Which hazel is witch hazel? | Friends of the Mississippi River
Skip to main content 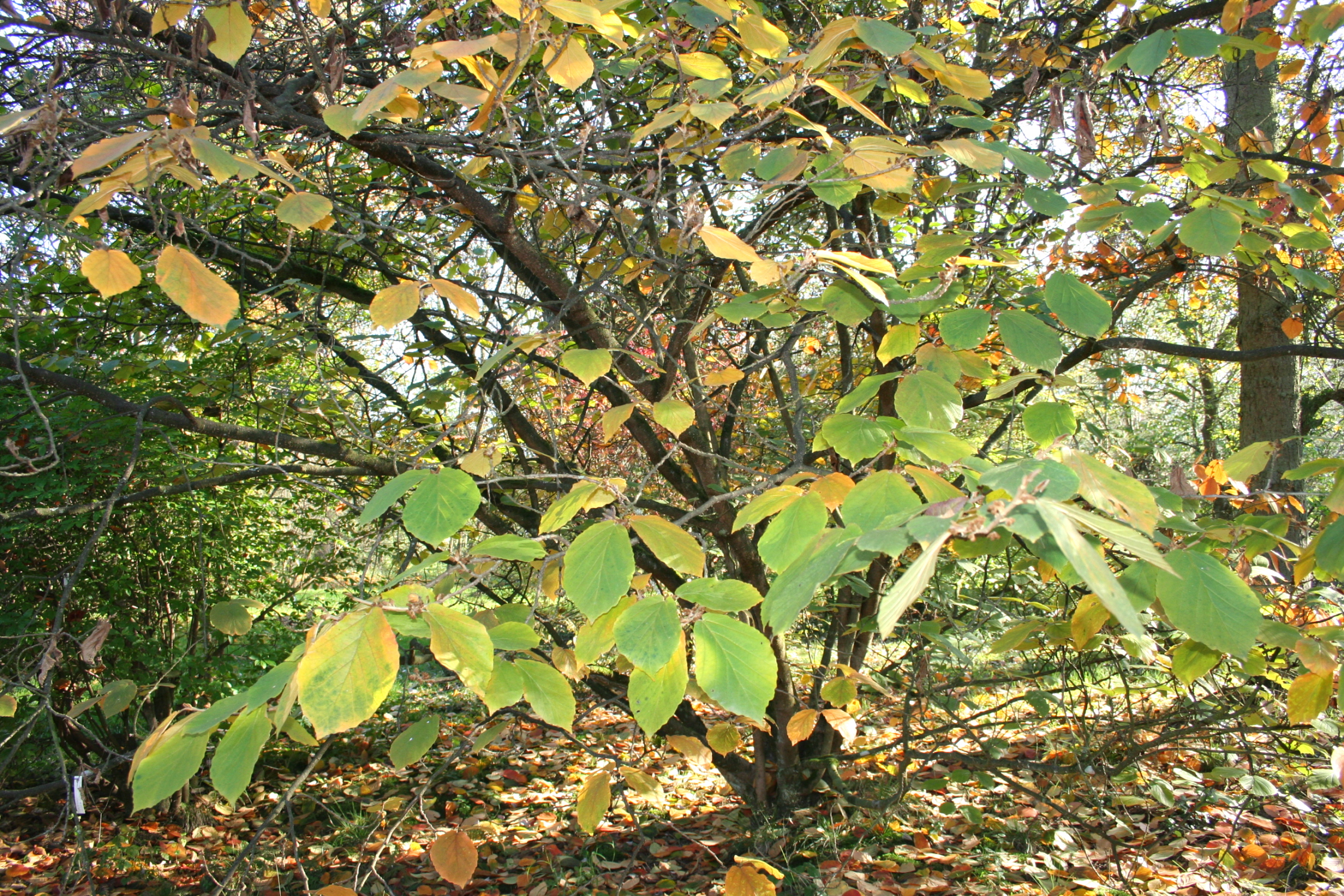 Witch hazel (Hamamelis virginiana) is a large native shrub that, despite its name, is unrelated to hazelnut shrubs (Corylus species in the birch family). As far as we know, it's also not related to witches.

By October and November, most plants have long finished flowering and are even dropping their leaves. But not witch hazel.

Witch hazel has the unusual characteristic of blooming in late fall — at the same time that seeds from the previous year are released.

How can a plant that blooms in October have enough time for its flowers to get pollinated and for seeds to form and mature before winter sets in? Although witch hazel blooms when temperatures are often quite cool, there are still enough insects around to pollinate it. Then the plant literally halts the process, holding the pollen over the winter so fertilization can occur in spring. Its fruit then grows throughout summer, finally maturing at the same time the plant is flowering.

The fruit itself is also intriguing. It's basically a capsule that contains two shiny black seeds. The capsule explodes open, catapulting the seeds up to 10 meters away.

As for that name

Hamamelis comes from two Greek words meaning fruit and together, which refers to the characteristic of fruiting and blooming at the same time.

The common name of hazel likely comes from the fact that the leaves closely resemble those of the hazelnut tree. Witch is probably not a reference to Halloween, but more likely a derivation of the Middle English word "wiche," meaning bendable, in reference to the pliant twigs.

As if the biology of this plant weren't cool enough, witch hazel also has important medicinal uses. Extracts from the bark and leaves are astringent and have been used to treat bruises and insect bites and in hemorrhoid and acne treatments. In addition, the seeds are edible, with a nutty flavor.

According to one source, witch hazel is one of the few native medicinal plants approved by the Food and Drug Administration as a non-prescription drug ingredient. The plant, however, is listed as being of special concern in Minnesota and may be elevated to threatened as invasive plant species and loss of habitat threaten its persistence.

Where to find it

Your best chance of seeing witch hazel in Minnesota is to go to forested areas in the southeastern corner of the state, which is the northwestern extent of its range. The shrub has also been found in Chisago County. Some nurseries sell witch hazel, as well, so it can also be found in some landscape plantings.