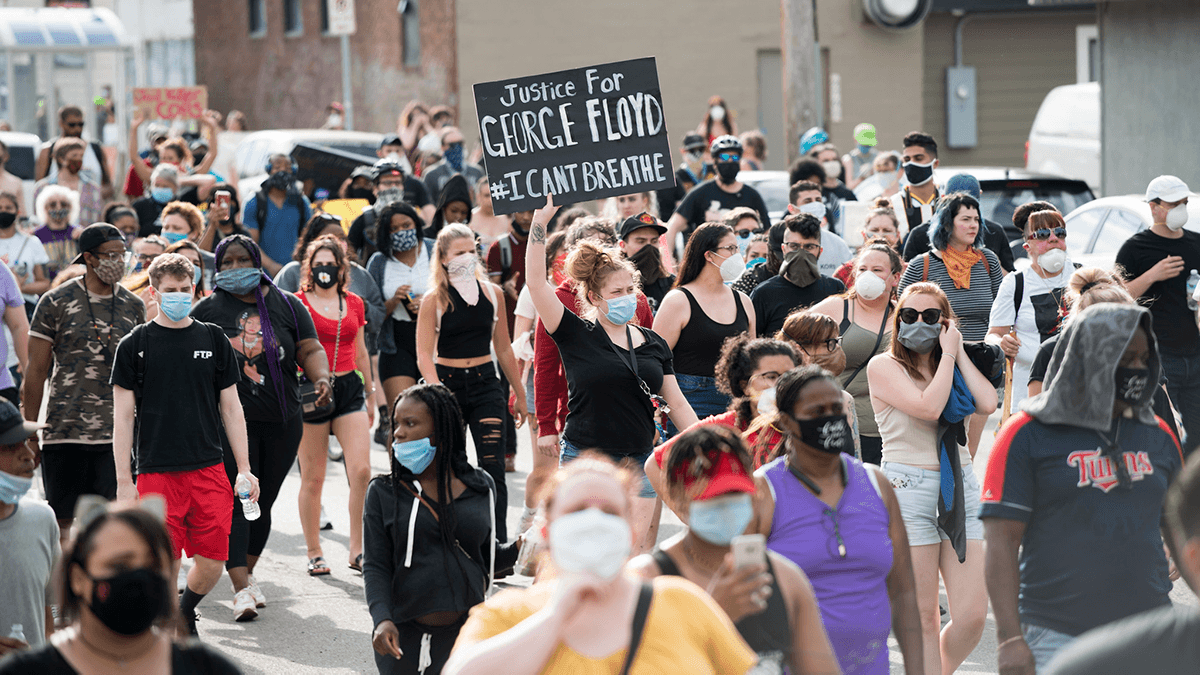 In the wake of George Floyd's murder, clearly drastic changes in policing are needed, North Minneapolis faith leaders write. But we also need to address the embedded racism in all our institutions, including redevelopment projects like the Upper Harbor Terminal. They ask elected leaders, "Will you stand with us and be a part of this historic opportunity to see justice?"  (Photo by Fibonacci Blue)

The letter begins by stating, "The killing of Black and Brown bodies by the police is directly connected to the history of the United States' quest for land and profit. America was founded on stolen land and human bondage and its operating system is still based on a hierarchy of human value.

"Policing in the United States is a direct descendent of the slave patrols that were developed to control enslaved Black people who were in bondage to fuel American capitalism... The history of land ownership and development is rooted in the fundamental realities of systemic racism that continues to this day.

"In Minneapolis the proposed Upper Harbor development in North Minneapolis continues to perpetuate this injustice. The murder of George Floyd has shone a spotlight on the embedded racism in our community and the calls for drastic changes to our police force are more than warranted.

"However, if we do not attack the foundational issue which is racism in all of the systems that govern our everyday lives, we will never achieve equality for all people.

"...Land development does not have to continue to be an extractive wealth process. Yet starting the project by proposing the sale of city owned land to a white-owned real estate company, while requesting $20 million in state bonding to support a performance center benefiting another white owned company, clearly demonstrates the depth of injustice baked into the current system."

The letter goes on to lay out a 10-point plan for equitable development at UHT. The plan starts with halting the current development process and denying the city's request for $20 million for First Avenue's concert venue at the site. The authors recommend a new community participation process that offers residents true ownership of both the process and the development itself.

The authors conclude: "Right now, we are at a moment in our city's and country's history where we are witnessing change every day. Things that we thought were not possible only a few short weeks ago are now probable. The Upper Harbor Terminal project can be a national model for how to dismantle systemic racism in the community development process."

Please share your concerns about First Avenue's bonding request with your state leaders. Let them know that this is not the time for state funds to support a private concert venue on a mile-long stretch of public riverfront without a clear path to partial community ownership.

Lawmakers tell us that the more personal a message is, the more influence it has. So we've provided this mostly blank form for a quick, personalized message.