How water quality fared during the 2016 legislative session 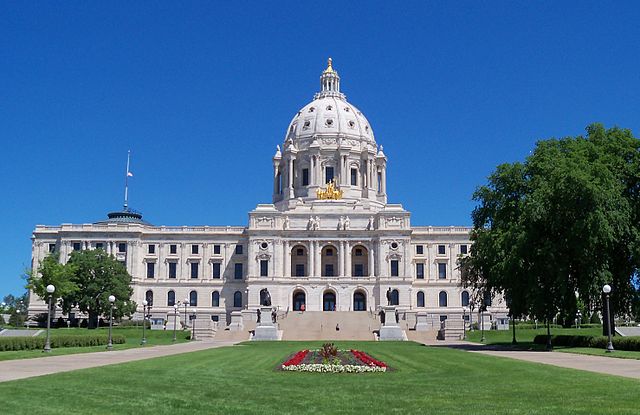 As the Minnesota Legislature moved toward an at-times uncertain conclusion prior to their constitutionally required May 23rd adjournment, a series of environment and water quality provisions hung in the balance. After a round of last-minute negotiations, FMR's top legislative priorities — the Working Lands Watershed Restoration Program and the University of Minnesota's Forever Green Initiative — were included in the final budget deal.  Sadly, though, the bonding bill, with millions of dollars in priority funding for community drinking water and wastewater treatment upgrades, failed to pass before the clock ran out. Additionally, while the big-ticket items in the effort to artificially augment White Bear Lake were not approved, funds to obtain design-build proposals managed to make their way in at the last minute.

After a series of negotiations, FMR's top legislative priorities were included in the final 599-page supplemental budget bill (HF2749) sponsored by Rep. Jim Knoblach (R-St. Cloud) and Sen. Richard Cohen (DFL-St. Paul).The final passed the House on a 95-39 vote, and passed in the Senate by a vote of 50-16 just prior to the end of the session.

FMR's top priority during the 2016 session was the Working Lands Watershed Restoration Program. This innovative program is designed to incentivize the establishment of economically viable perennial crops for use in biomass processing facilities.

The final budget deal included our full request of $479,000 for the Board of Water and Soil Resources and $115,000 for the Minnesota Pollution Control Agency. These funds will be used to prepare a comprehensive feasibility study and program plan for creating, funding and implementing an advanced biofuels incentive program.

The incentive program will establish long-term contract payments for farm operations that grow perennial crops for biomass processing facilities, and prioritize those contracts in the areas where a transition to perennial crops will most benefit water quality.

By developing a program that makes environmentally beneficial perennial crops profitable for Minnesota's farm operations, we can improve water quality and farm prosperity while also enhancing wildlife habitat and reinvigorating our rural economy. This program is a win-win for Minnesota, which is why it received such strong support from agriculture, environment and industry groups alike.

This bill was the product of a partnership between FMR, the Minnesota Environmental Partnership (MEP) and The Great Plains Institute, with support from the Bioeconomy Coalition on Minnesota, The Minnesota Corn Growers Association, The Minnesota Farmers Union and members of the MEP Water Cluster.

We are grateful to all of our partners for their excellent work in helping get the Working Lands Watershed Protection Program fully funded this session. We are also grateful to the many RIver Protectors who contacted their legislators and Gov. Mark Dayton in support.

This process brought environmental, agricultural and industrial organizations together to work cooperatively on an initiative of mutual interest. We're hopeful that the trust we've developed through this work will pay dividends in the future.

Originally, the Supplemental Appropriations Conference Committee agreed late in the day on Saturday to $500,000 of the requested $1 million in funding. On Sunday morning, representatives from FMR, MEP, the Land Stewardship Project and others appealed to Senator Cohen (Senate Finance chair), who agreed to bump up the appropriation to the full $1 million request, thereby securing the necessary funding for that initiative in 2017.

Providing additional Forever Green funding is vital to our state's efforts to jump-start the use of perennial crops and cover to restore water quality while also enhancing farm profits and addressing a variety of soil health, habitat and climate change challenges facing our state.

Both the Working Lands and Forever Green accomplishments were recently lauded in a nice editorial from the Star Tribune.

FMR also supported a provision in the Outdoor Heritage Bill allocating $430,000 to restore farm fields at William H. Houlton Conservation Area to prairie as part of the Metro Big Rivers Habitat partnership. FMR helped to permanently protect this 360-acre riverfront park in fall 2014 and has been developing plans to restore it since. The Outdoor Heritage funds will help FMR and our local partners begin the hands-on habitat restoration process, transforming and restoring a 150-acre agricultural parcel along the banks of the Mississippi River at its confluence with the Elk River into native prairie and savanna.

In 2013, FMR was part of a group of organizations that successfully lobbied to reestablish the Legislative Water Commission. The commission reviews water-related reports from various state and regional agencies and makes recommendations to assist the legislature to form legislation. In 2016, we successfully fought off an attempt to dissolve the commission, thereby ensuring that it will continue to serve as an important venue for educating and empowering lawmakers on important water issues facing our state.

Despite strong support from many in the Minnesota Senate, efforts to re-instate the Minnesota Pollution Control Agency Citizens' Board were ultiamtely rebuffed. After passing two Senate committees with strong support, the bill was not offered for a vote in the full Senate.

Clock runs out on the bonding bill

When Gov. Mark Dayton proposed his 2016 bonding priorities he included a variety of water infrastructure projects that showed great promise for restoring and enhancing Minnesota's water quality. Several of these key provisions made it into the final version of the bill, including:

Sadly, negotiations unraveled in the final minutes of the session and the Legislature adjourned before it could pass a final bonding deal.

Water levels in White Bear Lake have fallen dramatically in the last decade, leading to calls for augmenting lake levels with water pumped in from nearby lakes. In our op-ed in the White Bear Press, FMR weighed in on the risks of augmentation, and suggested that state resources would be better invested in finding a sustainable supply of drinking water in the north and east metro area, thereby reducing pressure on the limited groundwater supplies leading to lake shrinkage.

Shortly thereafter, a pair of bills authored by Senator Wiger in the Senate [SF 3576] and Representative Fischer in the House [HF 3976] called for $3,630,000 in fiscal year 2017 for four items related to White Bear Lake. On the upside, funding to evaluate a more sustainable long-term water supply was successfully passed while funding for preliminary engineering work on an augmentation system was not. However, $150,000 in state Legacy dollars from the Clean Water Fund was also allocated to begin soliciting proposals to design and build a system piuping water into White Bear Lake:

FMR remains hopeful that Gov. Mark Dayton will work with both chambers to come to a final agreement and host a one-day special session this summer to secure final passage of the bonding bill.