What is that bright heavenly body in the morning sky? | Friends of the Mississippi River
Skip to main content

What is that bright heavenly body in the morning sky? 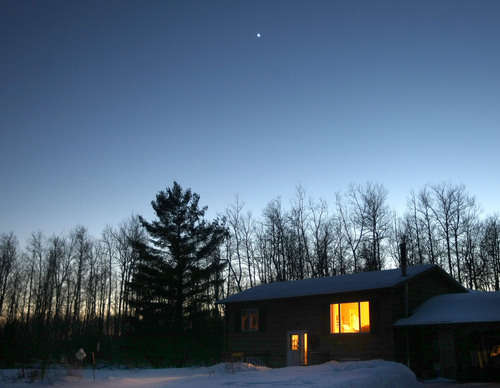 Venus on a Sunday night near Duluth, MN.

Starting in early February, as I was leaving for work on the cusp of a new dawn, I saw with my little eye a bright star-like object in the east-southeast corner of the sky. I was pretty sure it was a star or planet or some such, but thought that I had better investigate.

After an extensive Google search, I found that, sure enough, I was right yet again! It was a star or planet. More specifically, it is the planet we call Venus. Other than the moon and sun, it is the brightest object up there; on a clear morning, it can even be seen during daylight. At this time of the year, it is known as the morning star.

Venus comes closer to earth than any of our sister planets  a mere 26 million miles  and its brilliance is attributed to the high reflectivity of its clouds, which are largely composed of droplets of sulfuric acid.

If you are up and about early in the morning, turn your gaze to the southeast, just above the horizon for a glimpse of Venus. To learn more, visit: