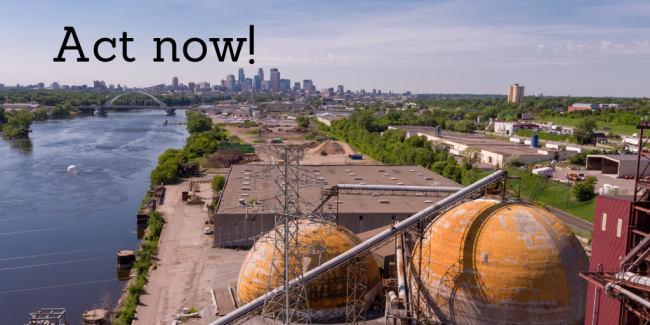 The city of Minneapolis should give residents more than one option or redevelopment plan for the city's former port located on 1 mile of riverfront in North Minneapolis.

The City of Minneapolis is moving quickly to review a proposed Upper Harbor Terminal Concept Plan that features a private concert venue and hotel, less parkland and river access than originally called for, and less opportunity for community revitalization. The planning process that led to this concept was supposed to provide meaningful community engagement and opportunities to review and discuss several alternative development proposals or options. It has failed to do so.

This is city-owned land and a once-in-a-generation opportunity. If done correctly, it will add 1 mile of riverfront parks and trails, better connect residents with the river and support community investment, equity and wealth-building. Yet, as FMR and Paul Bauknight wrote in this Star Tribune commentary, the city is poised to squander this opportunity and approve a plan that allows private interests to take the lead and reap the majority of benefits on publicly-owned property.

This action alert is no longer available

How FMR's priorities fared this legislative session
New York Times spotlights U of M's clean-water crops
Meet our new staff!
FMR welcomes Dr. Kate Knuth and Aubre Parsons to our board of directors
Join us for lock and dam focus-group tours this summer
Mississippi named one of the 'most endangered rivers' in the US