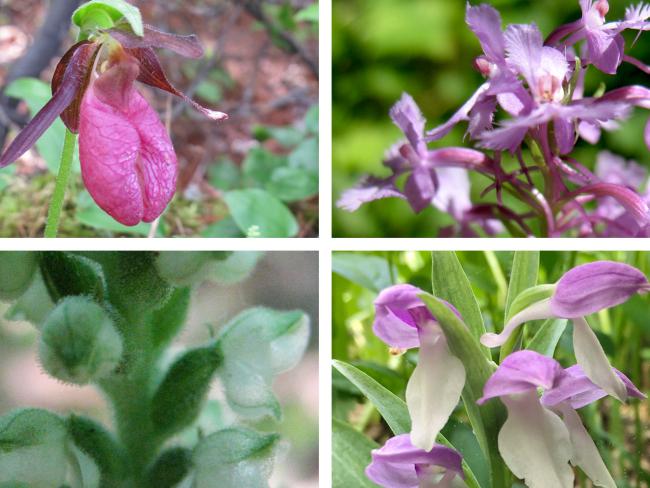 As deep snow becomes a distant memory, the earliest harbingers of spring — wildflowers like snow trillium, hepatica, bloodroot and Dutchman’s breeches — serve as a welcome a delight, awakening us from our winter torpor.

But a bit later, perhaps mid-May to mid-June, the careful observer in the right location may be rewarded with sightings of some of the most lovely flowers in the state: the orchids.

Minnesota is home to nearly 50 of these late-spring treasures, which offer up a burst of color as we approach summer.

What makes an orchid an orchid?

Orchids have long been prized by many humans for their unusual shape and often spectacular appearance. All orchids have three sepals (which may resemble petals) and three petals, one of which is modified into a lip, the most distinctive feature of the orchid. In lady's slippers, the lip is the part that forms the slipper.

With roughly 25,000 species, the orchid family, Orchidaceae, is the largest in the world. The vast majority of orchids are tropical creatures; alas, here in chilly Minnesota we have just 46 species.

Why orchids grow more often in the wild than in gardens

Orchids are as unusual underground as they are aboveground.

Most plants' roots are associated with mycorrhizal fungi, which provides minerals and water to the plant in exchange for carbohydrates that the plant makes in photosynthesis.

In orchids, however, the fungus also provides carbohydrates to the orchid, getting virtually nothing in return. The carbohydrates come from trees and other plants that the fungus is also associated with. Fungi also provide energy to orchid seeds, which are tiny and have no stored energy to germinate and grow.

It is this unique symbiosis with fungi that makes growing native orchids very difficult in a garden setting. A few, however, are commercially available.

Twenty-five of the orchids in Minnesota are found in wetlands, including the most spectacular of all, the showy lady's slipper. We've highlighted a few native orchids that you can encounter in the uplands of our metro area.

Curious to know more? Check out the definitive guide Native Orchids of Minnesota published by University of Minnesota Press. 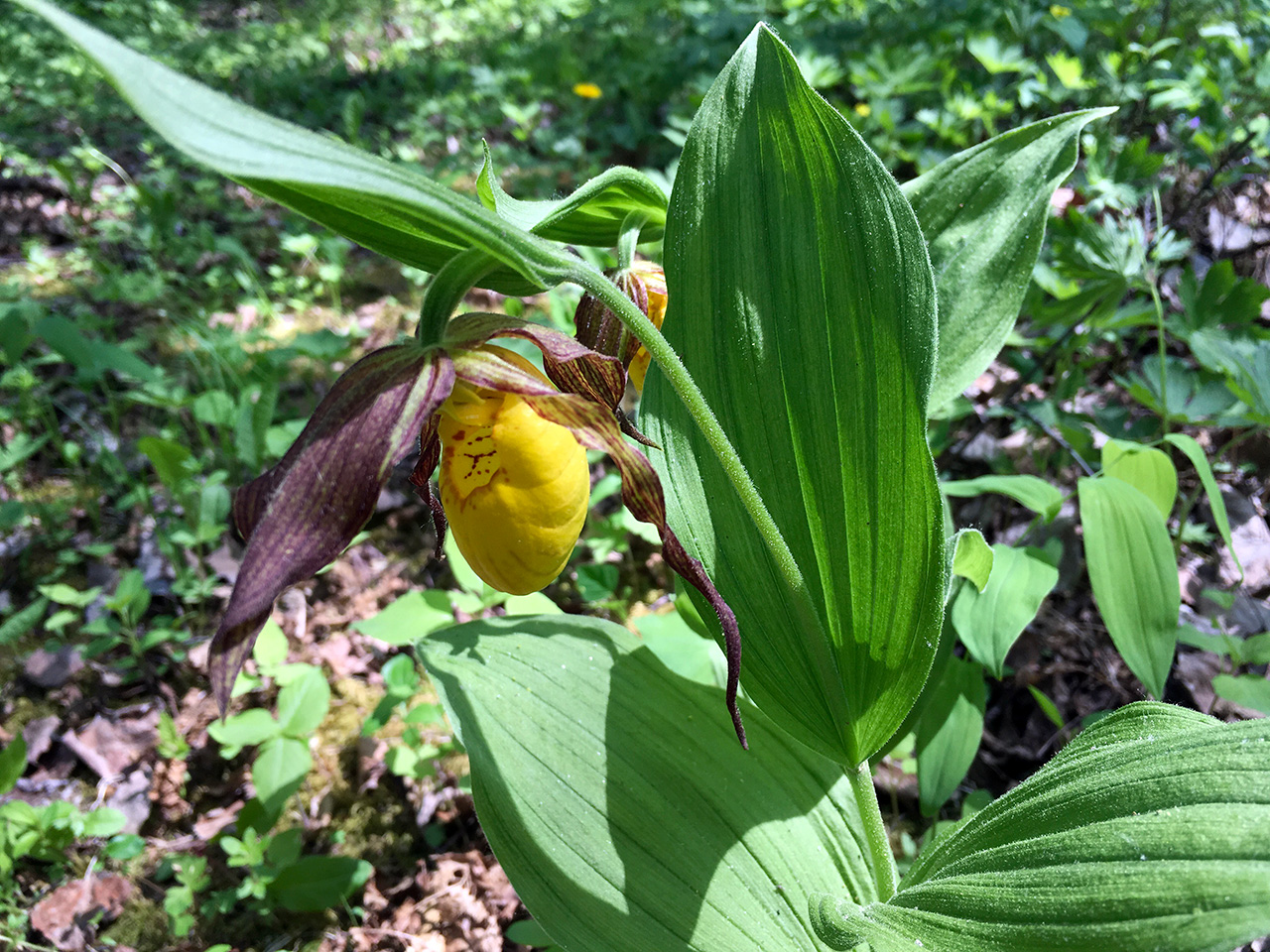 Standing up to 30 inches tall, this is the tallest orchid in Minnesota, with a flower size similar to the showy lady's slipper. Although this is the most common wild orchid in the U.S., found in almost every state, it is still a rare encounter. Look for it in mesic hardwood forests. 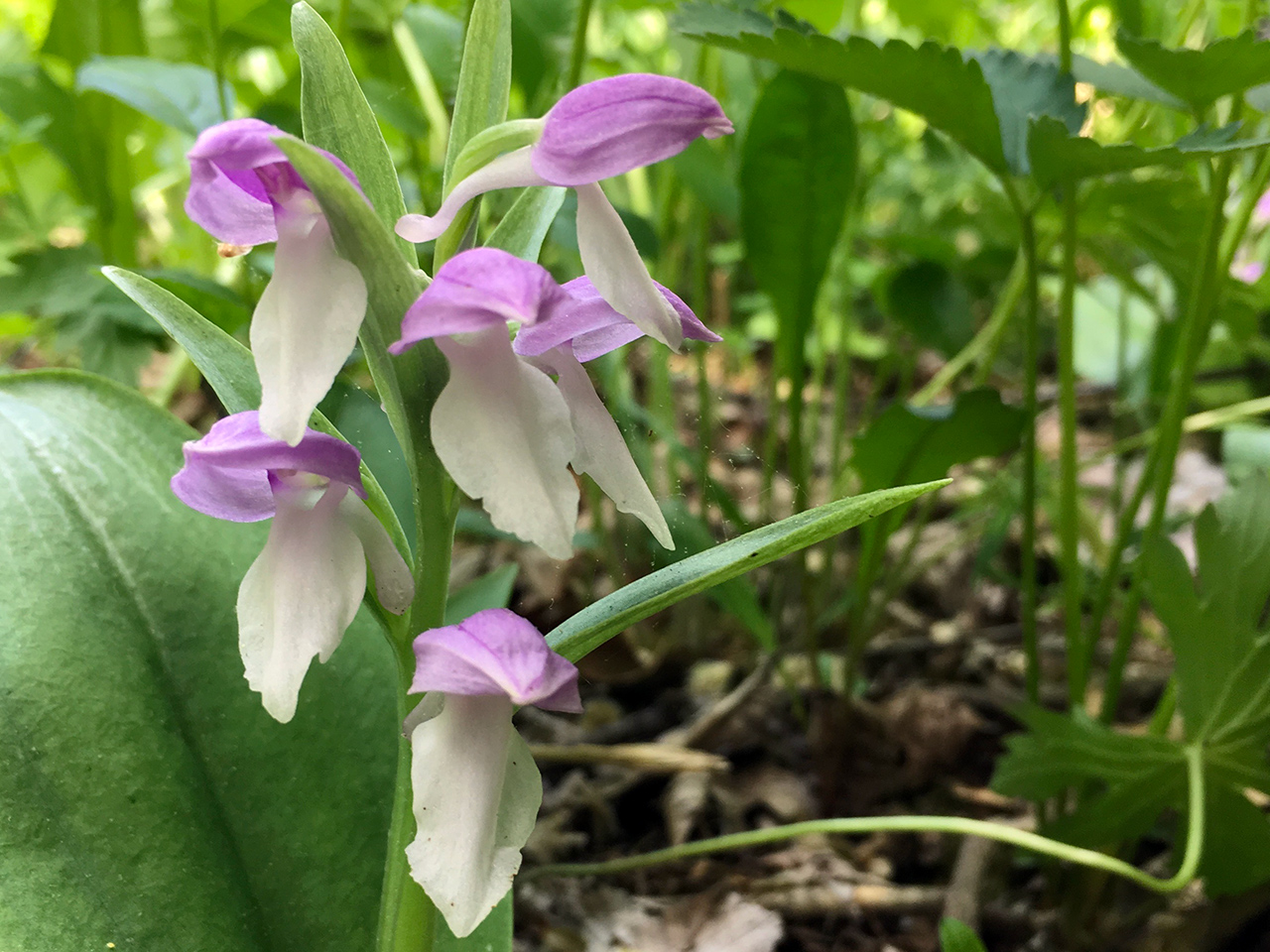 The bicolored purple and white flowers make this fairly unusual among Minnesota orchids. It’s the first to bloom, about mid-May, and is pollinated by bees. 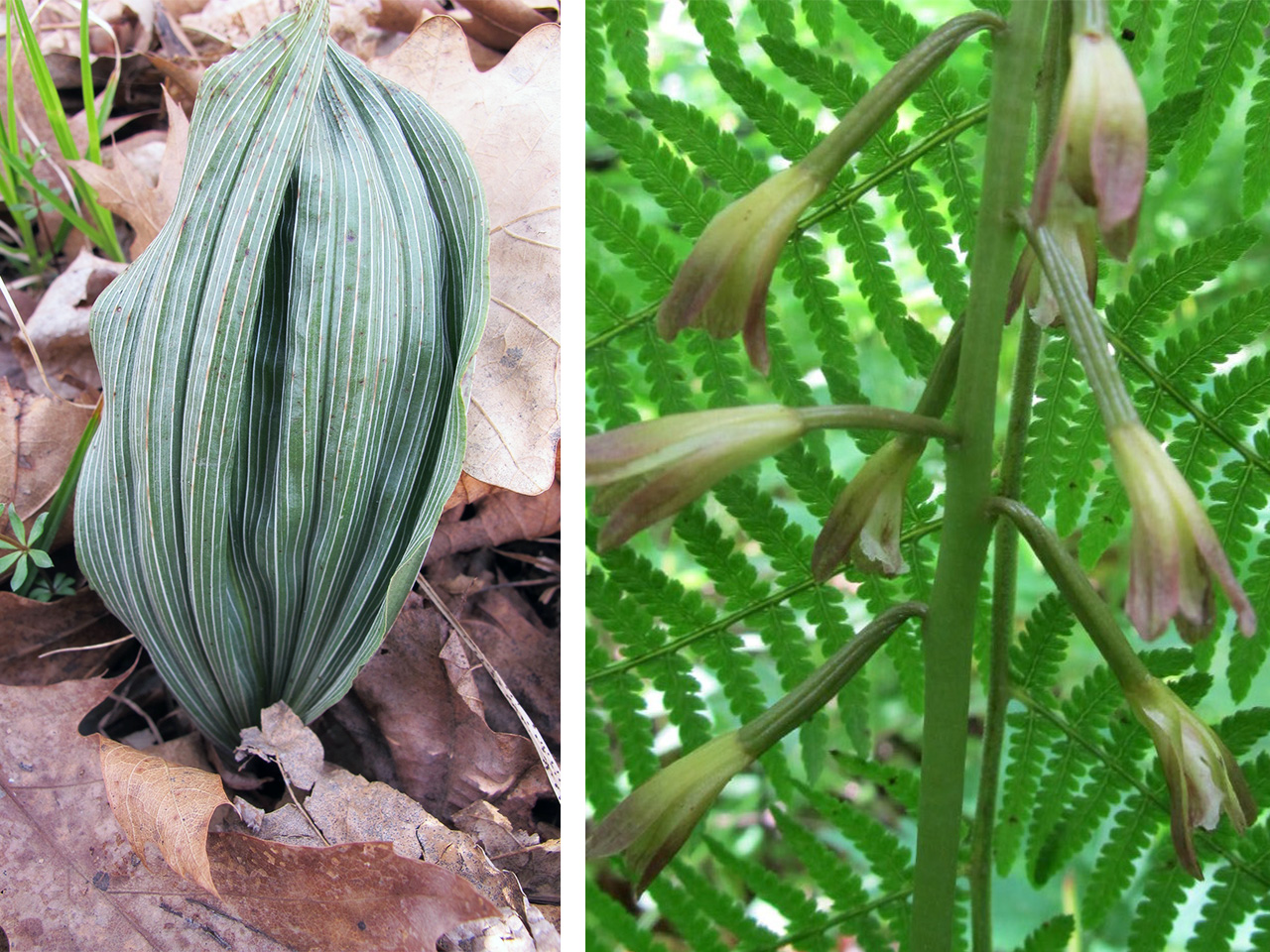 The striped and accordion-folded leaves of this orchid are more notable than the spike of small greenish-reddish flowers. Each plant has one large leaf (left), which is present from fall to early spring, then disappears as the flower stalk (right) emerges. 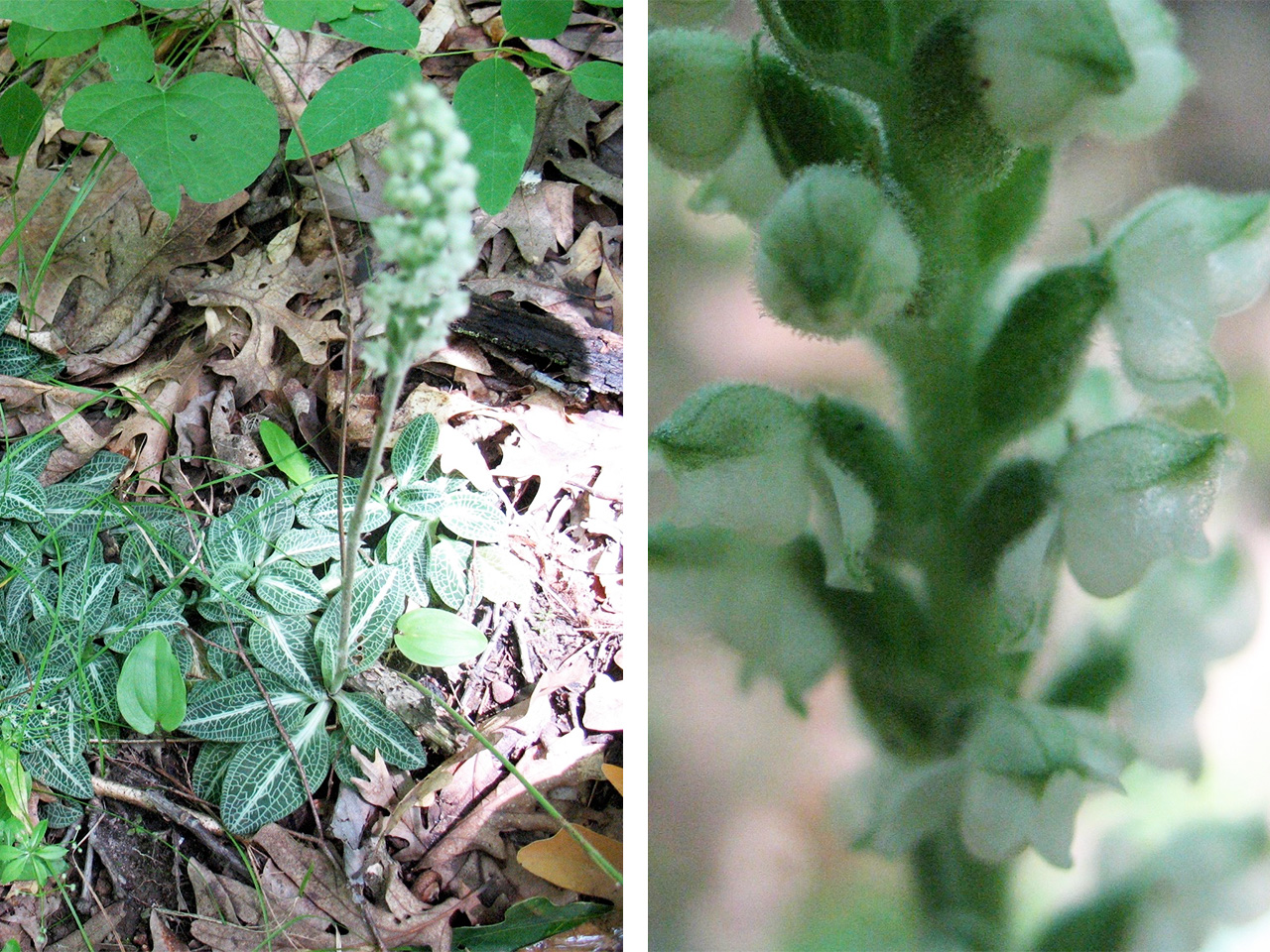 Like putty-root, this orchid is better known for its basal leaves, which are highly variegated (left). You might find large patches of leaves, but flowering stalks are harder to come by (right). Finding the plant in bloom with its tiny, white, roundish flowers feels like an accomplishment. 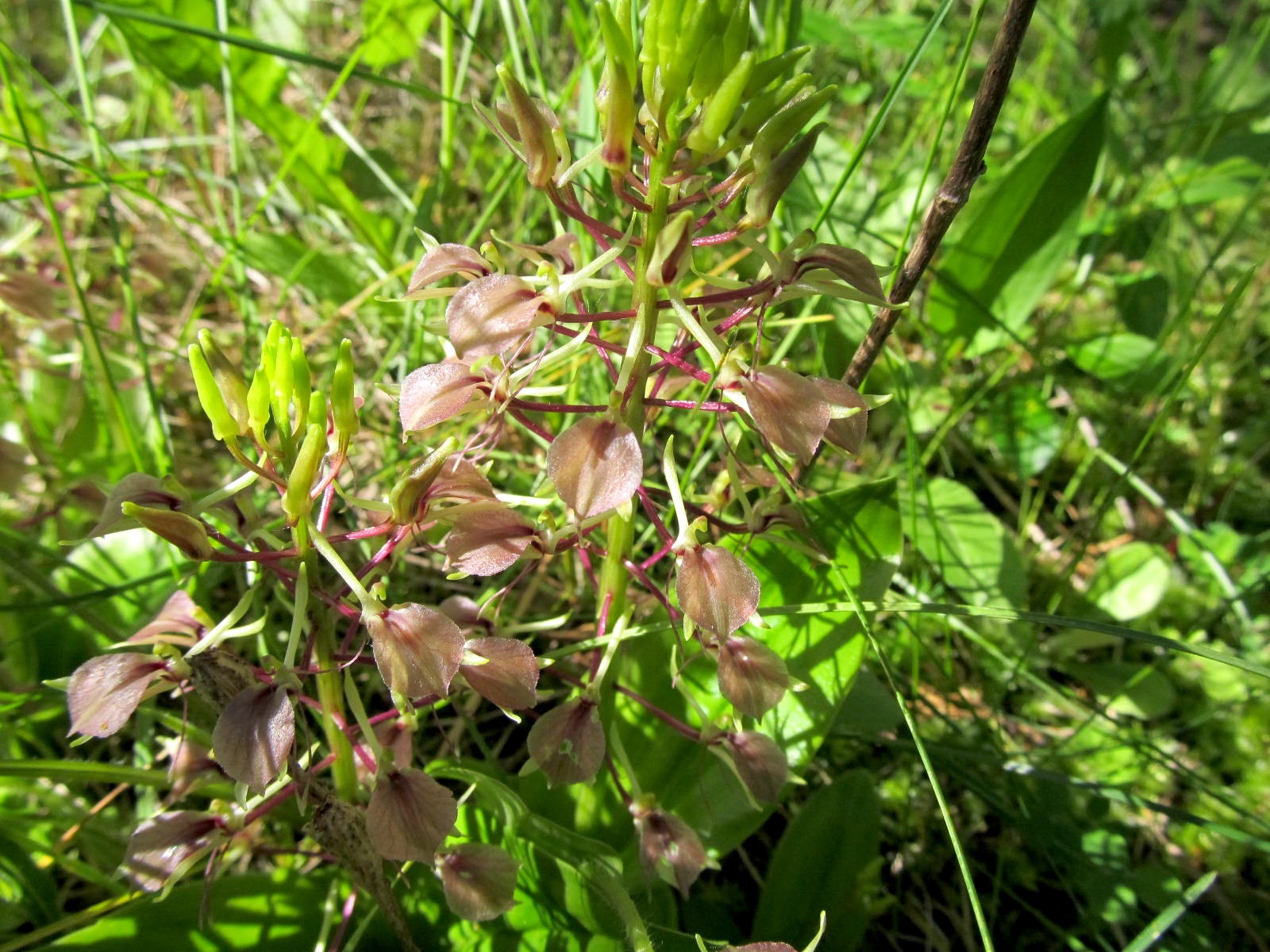 Found in sandy soils in association with oak trees, these unusual purplish flowers look like no other. A seed capsule from one flower was found to have over 54,000 seeds! 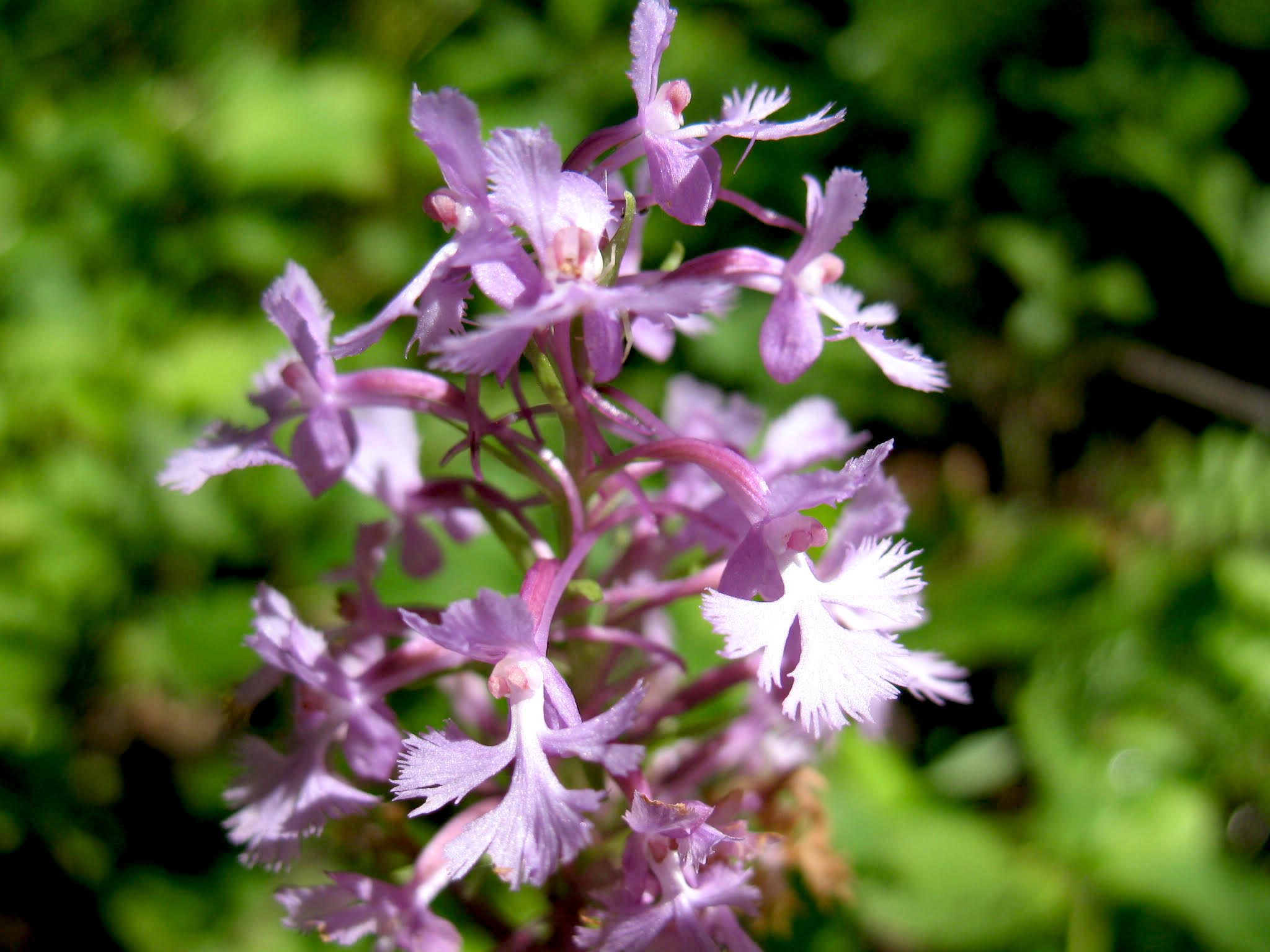 This joyful beauty can be found in the northern part of the metro but is more common farther north. It likes temporarily wet soils (such as streambanks) in full sun or partial shade. 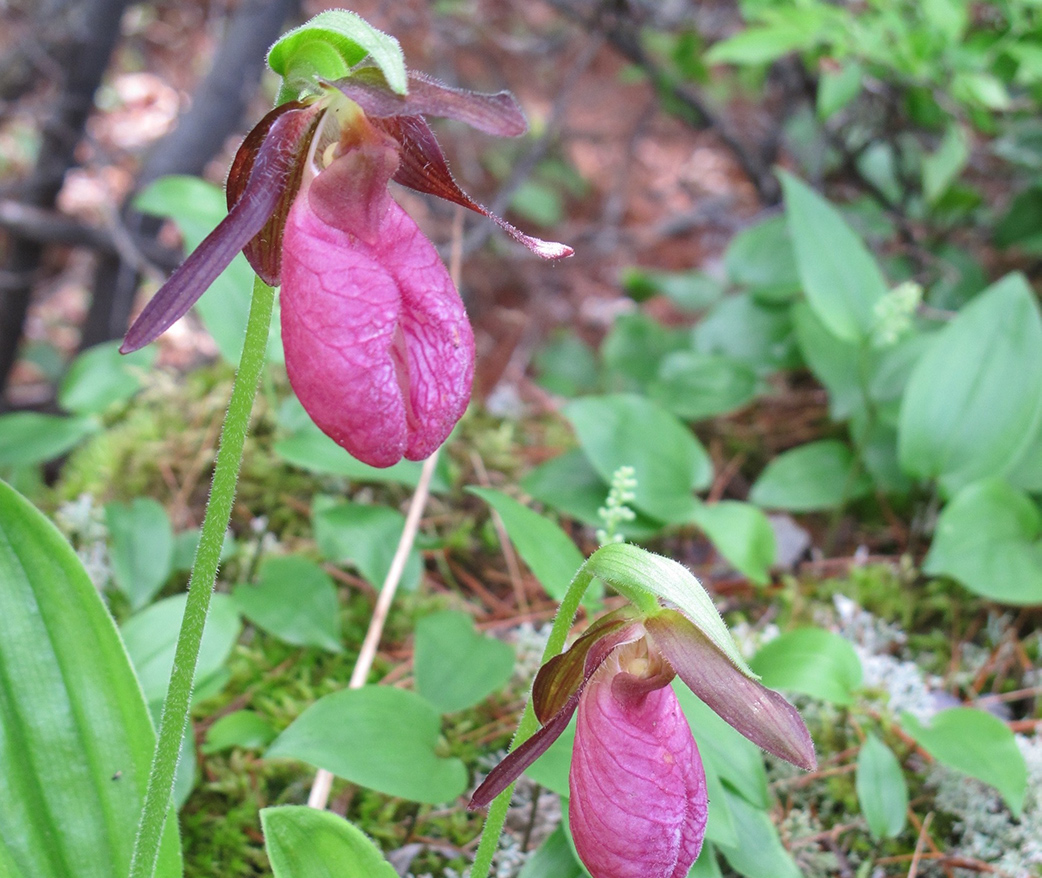 This striking orchid is more commonly found in the bogs of northern Minnesota, but it can also grow in low-nutrient, acidic bedrock conditions. There are a few records of sightings in the metro.

With many native orchids at risk, it's crucial that we conserve and restore the places orchids grow. FMR is proud to protect such important habitat.