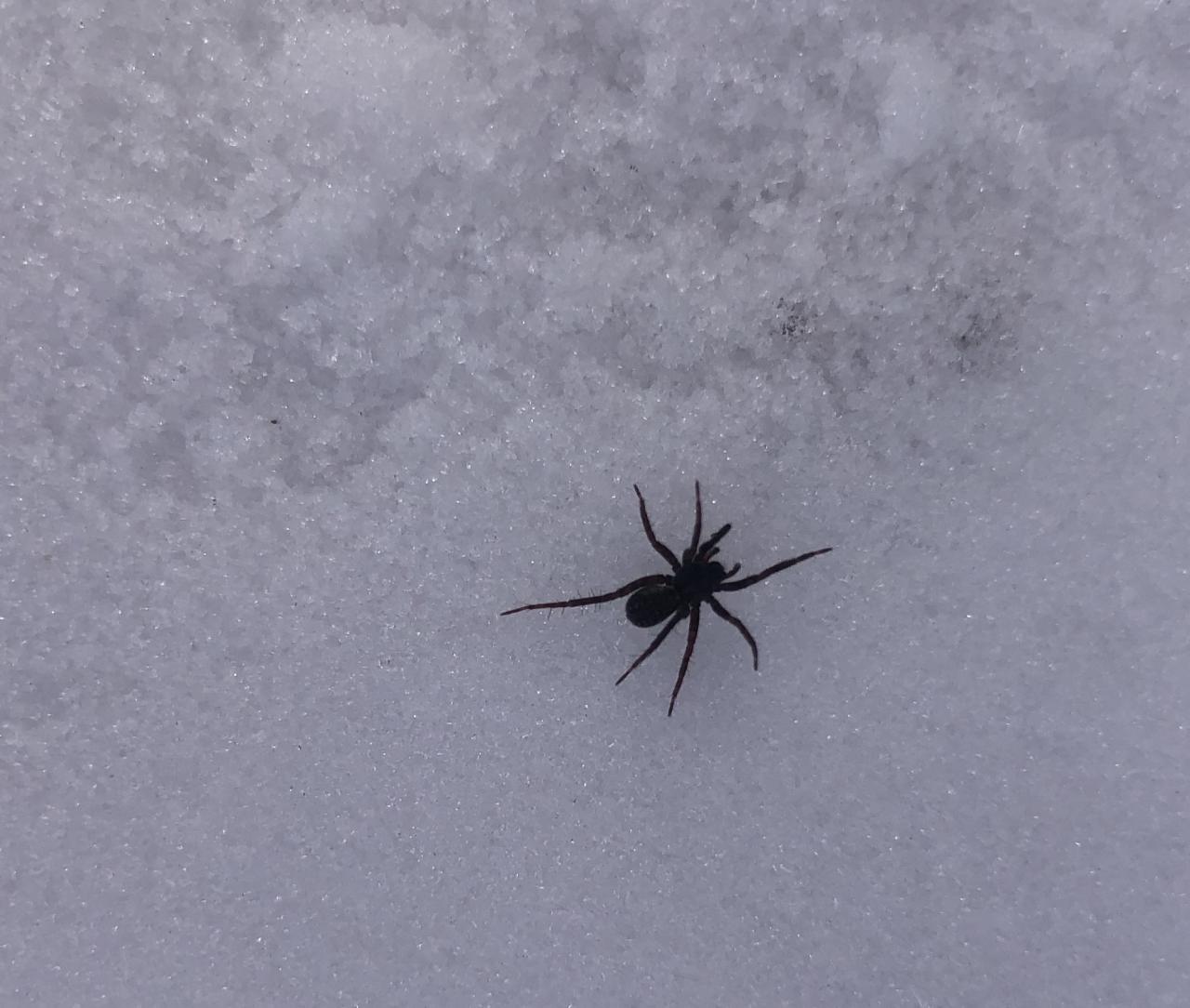 I remember the first time I saw a spider in the winter. There it was, on a balmy winter day, just out strolling on the surface of the snow. No way! I probably exclaimed, or something equally clever. Ive since then found out that quite a few species of spiders are active in the winter. Most live in the leaf litter below the snow, but they often emerge when temperatures are about 25°F to 35°F. While no one really knows why they wander the snow surface, Larry Weber, author of Spiders of the North Woods, has noticed that he seldom sees spiders on the snow at temperatures below 20°F or, oddly, above 40°F.

In Minnesota, the adults of most spider species die at the end of the summer, while the eggs or immature spiders overwinter. Of the species that overwinter as adults, the largest is the wolf spider, so named because it chases down its prey rather than building webs to catch it. Up to one inch long with stout black bodies and hairy legs, the wolf spider can be readily seen against the white snow. Interestingly, they are nocturnal during warmer months of the year, but in winter are found on the snow during the day.

The smallest winter spiders in Minnesota are the dwarf spiders, about 1/4 inch long. What they lack in size, they make up for in numbers, as they are among the most common winter spiders. While these spiders make webs in warmer months, they are more active hunters in the winter.

We do not have any photographs of winter spiders  so seeing them is up to you! If you find spiders this winter and are willing to share your photographs, we will post them here with full photo credits. Contact Karen Schik through our contact form for details.

Spiders of the North Woods, by Larry Weber. 2003. Kollath-Stensass Publishing.