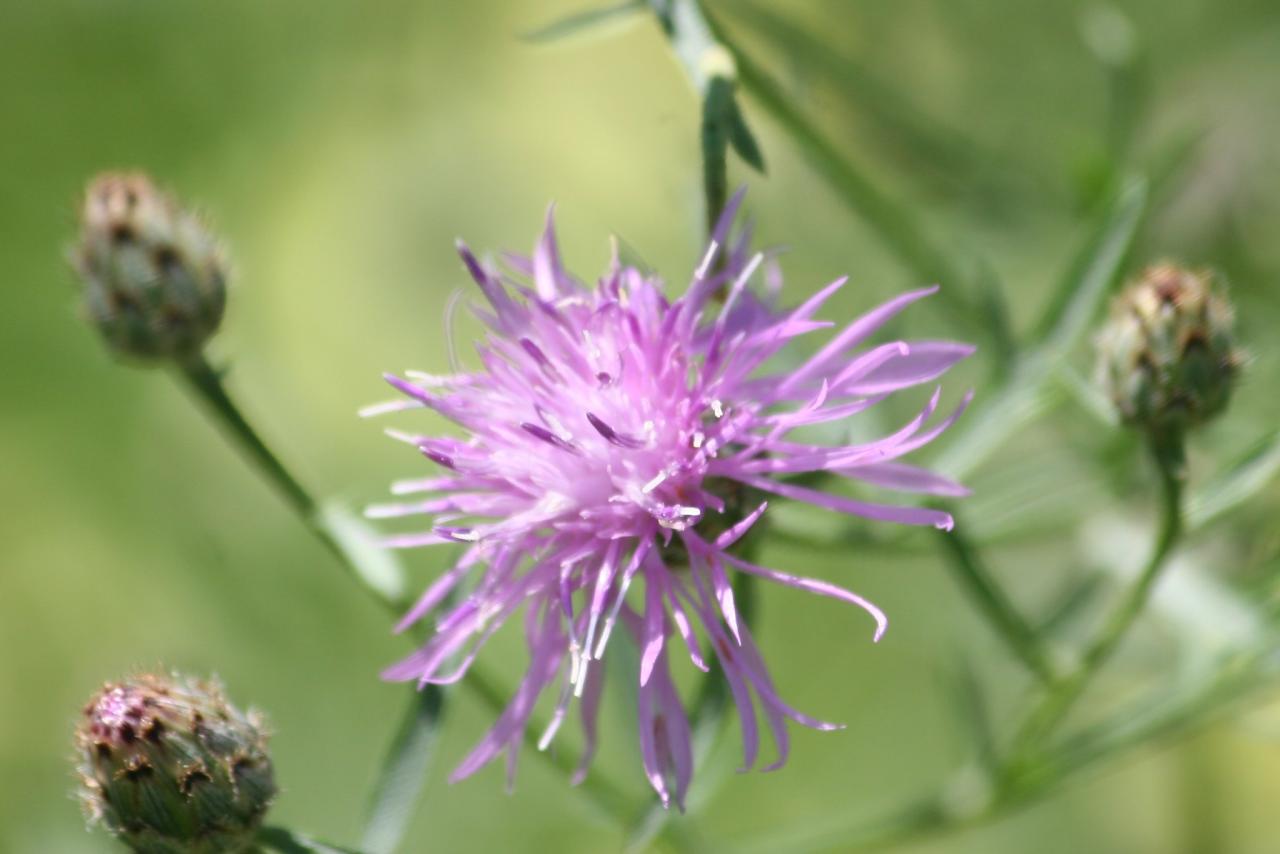 Brought over accidentally in ship ballast in the 1800s, this Eurasian plant's spread can threaten the diversity and balance of a prairie. It is phytotoxic, meaning it chemically alters the soil to poison neighboring plants. Because so few prairie areas remain in our state — less than 1% of what was historically present — spotted knapweed reduction is a top priority in any restoration project. Farmers also support knapweed removal, as this plant is known for spreading rapidly and preventing both crops and grazing grasses from growing.

Like the removal of many prolific plants, spotted knapweed reduction or elimination requires patience and persistence. However, done correctly, at the correct times and with the correct frequency, hand-removal techniques can largely eliminate the spread of this tenacious plant.

Spotted knapweed can regrow from its root, so it needs to be entirely removed, root and all. Sprouting and re-growth become far less likely when plant removal takes place after its seed head has been produced but before the flowering stage.

Working with volunteers allows us to cover more infested areas, and by returning to the sites over several seasons, we can reduce knapweed long-term. 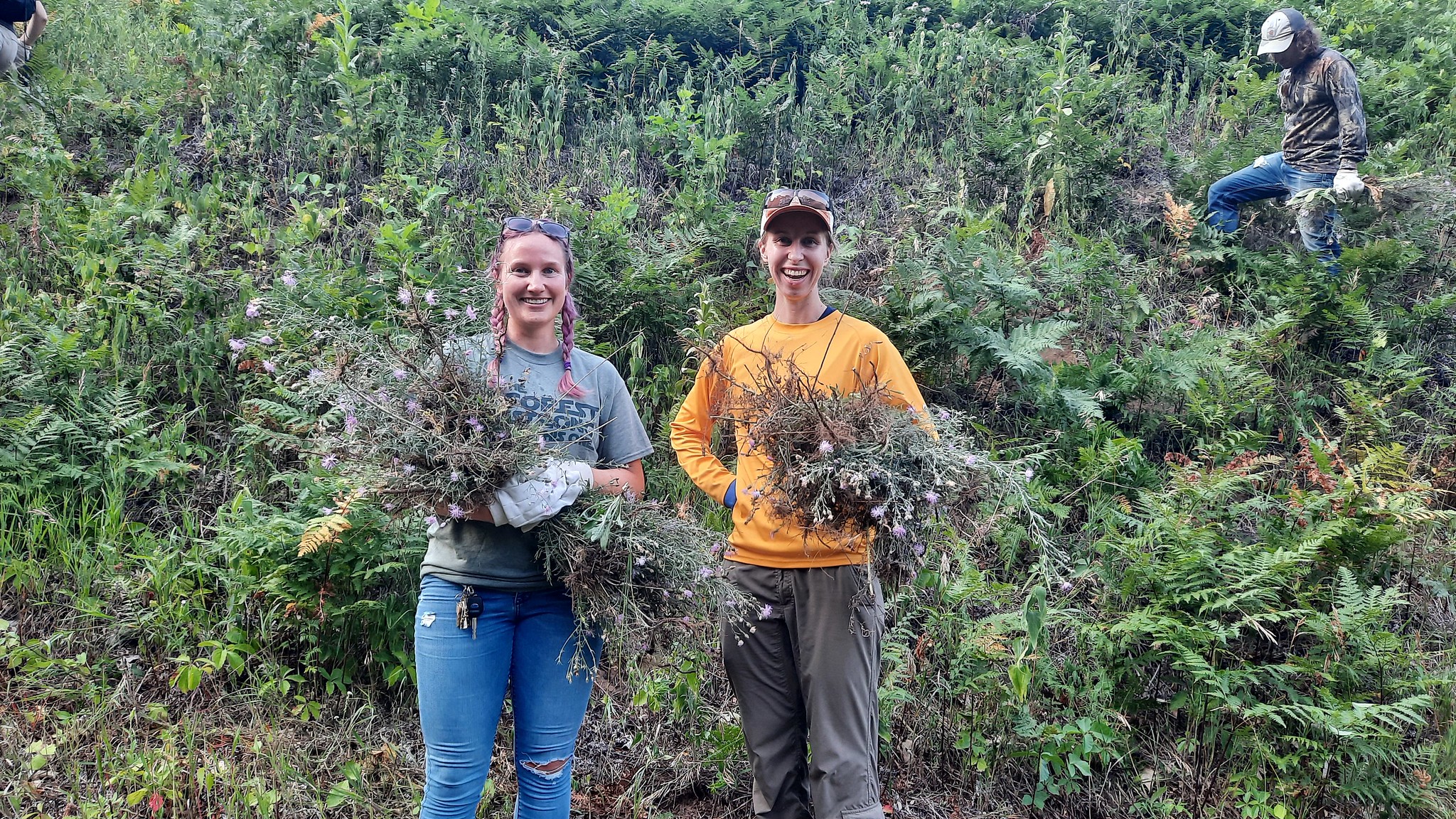 The removed plant must be taken from the site and destroyed. As a volunteer, you will only be asked to gather the removed plants if necessary. The hauling and disposal process will be taken care of at a later time by your staff leader.

There are other methods of removal such as mowing, tilling, and applying herbicides that you, as a volunteer, will not be asked to do when taking part in an FMR activity. If you are curious or wish to know more about these methods we will not be using, visit the University of Connecticut plant guide.

Learn more from the Minnesota Department of Natural Resources.