The 2018 bonding bill: What’s in, what’s out and what trust fund got raided to pay for it | Friends of the Mississippi River
Skip to main content

The 2018 bonding bill: What’s in, what’s out and what trust fund got raided to pay for it 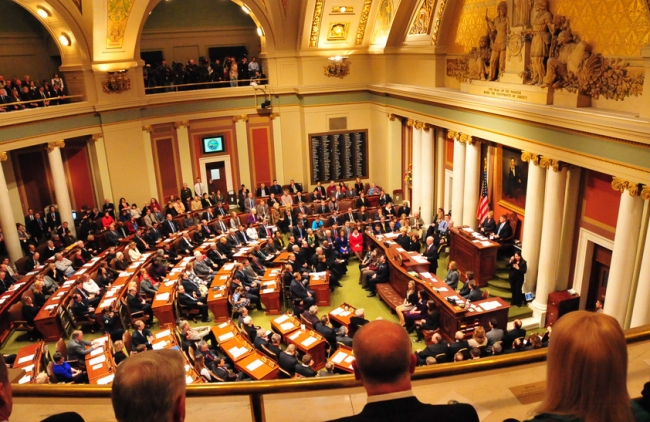 The House and Senate passed a final state bonding bill in the last weekend of the session.

While it includes some excellent projects, the bill also calls for an unprecedented $98 million raid to the state's Environment & Natural Resources Trust Fund and provides $500,000 for regulated polluters to provide “oversight” of their own state regulators.

Here’s what is in, what got left out, and what got funded by the raid.

Earlier this year, the governor requested $167 million in water infrastructure funding to fix aging drinking water and wastewater systems across the state. The original House position asked for about $120 million, while the Senate proposed about $90 million in general obligation bonds. The final bill includes just $64.350 million, plus $5 million more for metro sewer repairs.

Less than 40% of what's needed for clean water infrastructure in Minnesota made it into the final bonding bill.

Some $98 million dollars (!) in bonding for much-needed water infrastructure across the state.

While some additional money for water infrastructure was added back in through the raid on our environmental trust fun, that raid may earn a well-deserved line-item veto from the governor (see below).

The competing bonding proposals include some vital investments along the Mississippi River in the metro area, with some notable exceptions.

The bonding bill includes a vague line described as a “Wastewater treatment plant optimization program.” A footnote at the end of the bill notes that the money includes $500,000 for the bizarre “MESERB” bill.

This item diverts funds from infrastructure projects to pay regulated parties to provide “oversight” over their own regulators. This misspends limited resources and attempts to slip a bad idea that couldn’t pass on its own into an unrelated spending bill without justification.

Two priority projects that were originally funded with state bonds in the initial House and Senate bonding bills were excluded from the general obligation bonds in the final version:

Some money for both items was later included in the ENRTF raid —$10 million for RIM & $6 million for the landfill. But, again, these funds are likely to be vetoed (see below).

The raid, which ballooned from $47 million to $98 million over the legislature’s final weekend, claims future money from this voter-approved dedicated environmental funds to pay debt service on state bonds. (Learn more.)

The bonding bill is currently before Gov. Mark Dayton. Because the Legislature passed the bill in the last three days of the session, the governor has 14 days to sign, veto or “pocket veto” the bill. He can also choose to line-item veto specific funding lines.

FMR and our allies are requesting that the governor line-item veto both the bizarre MESERB provision and any project paid for through the raid on our state's environmental trust fund.