2019 legislative update: A special session in the works | Friends of the Mississippi River
Skip to main content

2019 legislative update: A special session in the works 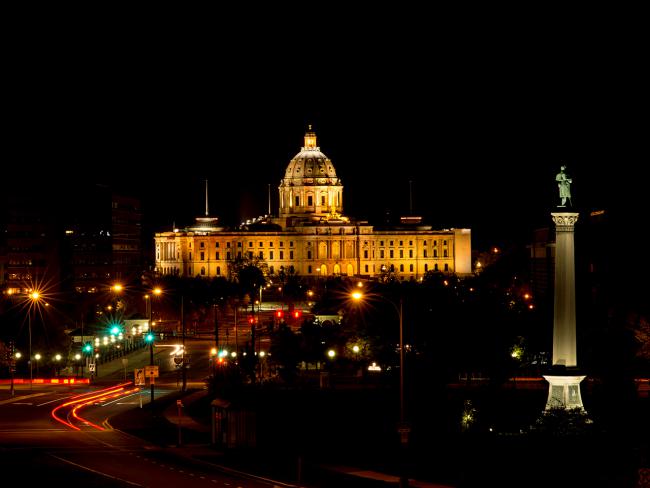 The 2019 legislative session concluded on the constitutionally required May 20 deadline without passage of most major policy and budget bills on the docket.

While the governor and legislators were able to come to a global agreement on an overall budget, many of the policy and funding items in each specific bill were not negotiated prior to adjournment.

As a result, many major water and conservation issues are yet to be decided.

Here are our positions on some of the major issues still in play. And if you're not one already, consider joining our 2,000+ River Guardians so you can easily and quickly take action on these issues when your help and voice is needed the most.

One of the major outstanding issues is how the funding for these three critical and complementary programs can be resolved as a win for all three. As we noted earlier in the session, such a solution involves a compromise between the Clean Water Fund, bonding and the environment budget bill.

In addition to pushing for CREP (see above) funding, FMR is pushing to include funds for a new river project in St. Paul, but not one in Minneapolis:

Bonding bills require a 60% majority to pass so broad agreement from both parties will be required for adoption.

You may recall that in 2018 lawmakers raided the state’s voter-approved Environment & Natural Resources Trust Fund. In response, FMR joined eight other conservation organizations to initiate a lawsuit, resulting in a fix to the raid earlier this session. Unfortunately, the Senate is attempting to raid the fund yet again this session. We strongly oppose such a move in the final environmental budget bill.

Reinstating the MPCA Citizens' Board

The Minnesota Pollution Control Agency Citizens' Board, in existence for 40 years, was eliminated in a controversial fashion in the final hours of the 2015 session. The Citizens' Board allowed for democratic participation in the decision making on the environmental issues facing our communities. FMR strongly supports the House position of full reinstatement for the MPCA Citizens' Board.

In response to increasing chloride (salt) pollution to our freshwater resources, we supported a new, voluntary certification program to train salt applicators on best practices and secure limits on slip-and-fall liability when proper deicing practices are used. This approach improves our business climate while reducing chloride pollution to our waters. FMR supports the House position, which includes funding for this initiative.

Both the House and Senate versions of the Omnibus Health and Human Services bills included an increase to the state’s Safe Drinking Water Fee from $6.36 to $9.72 annually per connection. The current fee was set in 2005 and inflation has increased 28% since.

A series of troubling environmental policy rollbacks are still in play as negotiations move forward. Here are the ones we’re watching most closely, most of which originated in the Senate’s environment bill:

While the overall budget agreement between the legislature and the governor lays out budget targets for each omnibus bill, conference committees made of up House and Senate members must still work out the final budget items within each bill, as well as any related policy provisions. Legislative leaders hope to complete this work yet this week.

Once these agreements are made, the governor will call a special session, during which all bills must be passed by both the House and Senate. Once passed, they must be signed by the governor before becoming law.

We count on our River Guardians to help us advocate on important issues like the 2019 omnibus environment bill.

River Guardians are also invited to special events (including happy hours like this one, May 28) where you can learn more about important legislative and metro river corridor issues.