This is not the time to bench MN's Environmental Trust Fund 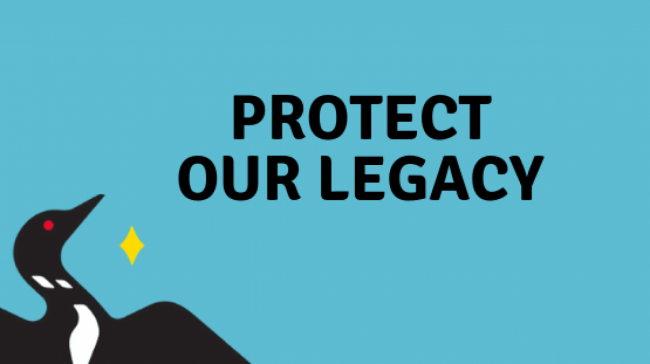 It’s frustratingly familiar territory but with a scary new twist.

The future of dozens of projects important to our river's health and Minnesota's environment now hang in the balance.

In 1988 (and twice since then), Minnesota voters approved a constitutional amendment to dedicate a portion of lottery proceeds to the Environment & Natural Resources Trust Fund.

The state fund was created specifically “for the public purpose of protection, conservation, preservation, and enhancement of the state's air, water, land, fish, wildlife, and other natural resources."

Since its inception, we've invested over $700 million in trust fund dollars in more than 1,700 research and restoration projects statewide.

But this year's funding is now at risk.

First, two raids and a lawsuit...

Politicians have had their eyes on the fund for some time.

Legislators first attempted to use the environmental fund for prohibited purposes, raiding it for $98 million in the final hours of the 2018 session.

In response, FMR took the unusual step of participating in legal action to block the raid.

The lawsuit worked, and (despite a second attempted raid) FMR and our allies successfully restored the trust fund during the 2019 session.

Sadly, these now-dead raid attempts are echoing in the afterlife in the worst way.

Our recent round of trouble started when the Legislative-Citizen Commission on Minnesota Resources (LCCMR) attempted to make its required annual recommendations to the legislature for how to appropriate Environment & Natural Resources Trust Fund dollars.

During a contentious meeting, some legislators on the commission attempted to insert grant money for wastewater treatment plant upgrades into their recommendations.

This move reanimated the 2018 and 2019 fights over using dedicated funds for that expressly prohibited purpose, and the sides could not come to an agreement.

As a result, the commission (for the first time in our memory) was unable to make any funding recommendations to the legislature.

Since then, the House and Senate have taken two very different approaches.

In the House, a key committee is moving forward with a "clean" 2020 ENRTF bill that funds all of the non-wastewater projects under consideration by the commission. (And a portion of the “extra” money was assigned to the state’s wildly popular Lawns to Legumes program, which FMR supports.)

But in the Senate, things took a turn for the worse. A key Senate committee announced (via a letter) that it no longer intends to pass any ENRTF bill this year.

If the Senate position prevails and no trust fund bill is approved this session, here are just a few of the projects that will go unfunded:

The Senate’s approach is deeply disconcerting. At stake is $64 million in projects that deserve to be funded, along with the jobs and economic activity those investments create at a time when we need them most.

Worse yet, the Senate has signaled that it hopes to use this year's Trust Fund money next year to backfill an anticipated shortfall in state general fund revenue. Such a move will surely run afoul of the Minnesota Constitution and further escalate an already bitter fight on dedicated environmental spending in Minnesota.

We can do better. Please take a moment to reach out to your Senator and urge passage of an Environmental & Natural Resources Trust Fund bill in 2020. (Updated action link for summer 2020 special session).

Issues like these are one reason we count of FMR’s River Guardians to help us protect our state’s waters. Sign up to become a River Guardian, and we'll email you when important river issues arise — and make it quick and easy to contact decision makers!