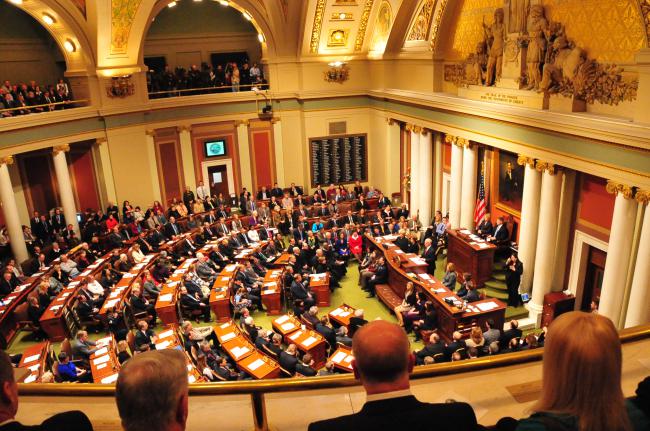 Currently, when legislators create laws they are essentially issuing a mandate. For complex matters, they direct and authorize state agencies to create the detailed rules and regulations to implement the law. In Minnesota, rulemaking is a well-established and transparent process, incorporating public, judicial and gubernatorial review.

This reckless bill seeks to take regulatory decision-making authority over matters of public health and safety from the hands of experts and place it in the hands of elected officials, who would also be empowered to make such decisions without built-in public or judicial review.

Should the bill pass, each state agency would be barred from adopting new rules, amending existing rules or even repealing out-of-date rules in the future.

In addition to stripping environmental agencies of future rulemaking authority, the bill calls for all existing rules to be automatically repealed in 2022 unless the legislature intervenes.

It's difficult to think of an aspect of Minnesota's air, land or water that would not be impacted by this bill. A table of the specific rules threatened by this legislation is available here.

Some include hard-won rules such as the Mississippi River Critical Area rules recently adopted by the DNR. H.F 551 also places the legislature in control of minutia better left to state agencies. Under this bill, the legislature would spend its time deciding such details as the conditions under which people should be allowed to picnic in a state park and the size limits for using leopard frogs as bait.

Proponents of H.F. 551 justify it on the grounds that we need to reign in excessively burdensome, complicated and expensive regulations and create legislative oversight or review of “runaway” agency rulemaking.

While rules can seem complicated, this argument is deeply flawed for three reasons:
• The agency rulemaking process is already wholly defined by and under the control of the legislature in terms of subject, scope, process, requirements and review standards.
• Minnesota’s Administrative Procedures Act makes the state’s rulemaking process a highly transparent and publically accessible process. The same cannot always be said for legislative decision-making.
• Agency rulemaking is precisely what allows the legislature to take action without being mired in minutia. It spares a part-time legislature from having to pass a law on, say, the technical standards for the detection of leaks in aboveground storage tanks.

Agencies derive their authority from statutes enacted by the legislature. Typically, legislatures choose to authorize agencies to make decisions in areas that are complex and require substantial subject matter expertise, such as is needed for pollution or natural resources regulations and standards.

Often, the legislature has given agencies the burden of basing their regulatory decisions on sound science or some other objective criteria to ensure that they are truly necessary and effective. In addition, agencies must produce a cost-benefit analysis to justify any economic burdens imposed by new standards and regulations.

All of this is underpinned by additional statutory mandates through the state Administrative Procedures Act which requires that the public is given notice and opportunity to comment on proposed agency rules — and that agencies give those comments due consideration — prior to their enactment.

An end-run around the public rulemaking process?

By allowing the legislature to review and recommend just some portions of existing rules moving forward, this bill essentially moves the state’s rulemaking authority from the sunlight of the public process to the legislature, known to sometimes operate behind closed doors.

The bill takes regulatory decision-making authority over matters of public health and safety from the hands of experts and places it in the hands of elected officials subject to considerable politicainfluences.

FMR and our partners are committed to maintaining the integrity of Minnesota’s rulemaking process, and to protecting the hard-won authority of our state’s environmental agencies. We’ll keep you updated as this bill moves through the legislative process.

Table of Rules Scheduled for Review Under H.F. 551