As 'dead zone' forecast rolls in, so do endorsements of a new federal river initiative | Friends of the Mississippi River
Skip to main content

As 'dead zone' forecast rolls in, so do endorsements of a new federal river initiative 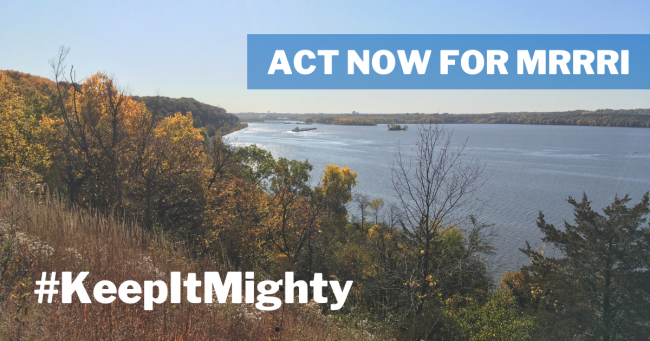 June has been a mixed month for the Mississippi River.

On the 3rd, NOAA scientists forecast that this summer’s dead zone where the river meets the Gulf of Mexico will once again be larger than the state of Connecticut. A dead zone is an area with little or no oxygen that can kill fish and other aquatic life. The Gulf dead zone is fueled by fertilizer pollution flowing into the Mississippi River and its tributaries.

But a few days later, an effort to restore the Mississippi River to a healthier state became over 100 organizations strong.

“We are clearly not on track to reduce the size of the Dead Zone,” said Matt Rota, senior policy director for Healthy Gulf in New Orleans. “It’s definitely time to try something different.”

This is one of the many reasons Healthy Gulf, Friends of the Mississippi River and over 100 other organizations are calling for a new federal program to support and coordinate Mississippi River restoration and resilience opportunities from the headwaters to the gulf.

As proposed by Representative Betty McCollum in Congress, the Mississippi River Restoration and Resilience Initiative or MRRRI Act would support a coordinated investment through federal, state, tribal and community agencies and organizations for projects to improve water quality, restore habitat and natural systems, reduce aquatic invasive species, and build local resilience to natural disasters in and along the Mississippi River.

It follows the successful model of other EPA geographic programs that support watersheds around the nation, such as the Great Lakes Restoration Initiative, by employing a non-regulatory approach to strategic restoration and resilience work through an agenda set by stakeholders on the ground.

"When compared to other vital waters throughout the country, the Mississippi River has long been neglected," said Rota.

It's time to change that.

As an individual, you can sign our MRRRI petition to let federal lawmakers know you stand with the river. Or sign up to be a River Guardian to receive email action alerts when we need your help the most, plus invitations to educational happy hours and other events.

If you're with an organization or business, please endorse MRRRI via this brief Google form!