How chloride legislation fared this session 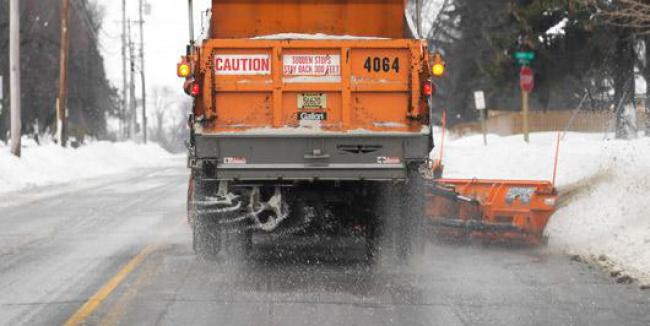 One of the most promising pro-environment legislative initiatives this session was about reducing chloride (salt) pollution.

As we noted in the State of the River Report, chloride (salt) pollution can be harmful to freshwater life.

While salt is a helpful winter deicer in Minnesota, it's also been in the headlines recently as salt levels in our lakes and rivers have increased - posing new risks to aquatic life and our drinking water.

This session, FMR was a part of a large coalition of groups supporting legislation to reduce chloride pollution.

The bill aimed to provide liability relief for salt applicators who have completed certified training through the Minnesota Pollution Control Agency.

This limited liability approach was designed to remove the incentive for over-applying salt in winter, helping to protect our waterways.

The House and Senate established a conference committee to reconcile the House (HF 4099) and Senate (SF 3656) versions of the environment language. Unfortunately, the limited liability language was removed from the omnibus bill during these negotiations, and attempts to find a way to bring it back as a stand-alone bill failed.

FMR and our allies will reconvene over the summer and fall and prepare to successfully re-introduce this legislation during the 2019 legislative session.
-----