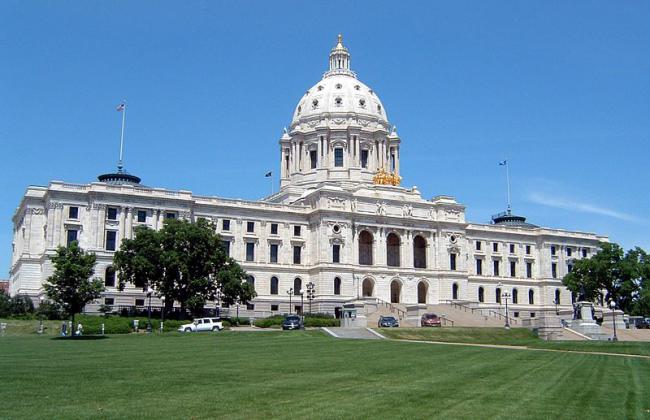 Weighing in at nearly 1,000 pages of combined funding and policy changes, the Legislature’s massive supplemental budget and policy bill was dubbed “Omnibus Prime”.

The bill itself was the result of combining multiple large omnibus bills addressing virtually every aspect of state government into a single bill.

Single-subject rule issues aside, the bill was passed by both chambers and sent to the governor for consideration in the final days of the session. On Tuesday, May 22, Gov. Mark Dayton announced that he vetoed the Omnibus Prime bill.

Problems with the bill

Earlier editions of the House and Senate bills included a number of objectionable provisions relating to water, habitat and outdoor recreation. Many of these items were included in a list of 117 items the governor requested legislators remove from the final bill.

While the most concerning items were removed during final negotiations, five environment and natural resources items of concern remained in the final bill, along with a pair of renewable energy rollbacks.

1 Transferring water from one water body to another without a permit (Sec. 61)This provision allowed waters to be moved from one body to another or connected to each other without a permit. Current law protects the state’s cleanest waters by requiring a permit for a water transfer between water bodies. Agencies should retain this authority in order to prevent transfers that harm Minnesota’s waters.

The Legislature passed similar language last year. An Administrative Law Judge rejected the rulemaking that resulted from the 2017 legislation because it was not in compliance with the federal Clean Water Act.

4. Limiting the definition of "pipeline" to weaken regulatory authority (Sec. 86)
This provision did not receive any hearings, was not introduced as a bill and narrows the definition of pipelines to “a pipeline owned or operated by a condemning authority.” The provision could allow frac sand operations to avoid regulation when laying frac sand slurry pipelines.

5. Delaying habitat restoration at Sand Dunes State Forest (Sec 90)
Sand Dunes State Forest is home to nearly 1/5 of all species identified as “Species in Greatest Conservation Need” by the State in the Minnesota Wildlife Action Plan. That’s why great efforts have been made to restore the forest back to its natural habitat of oak savanna, oak woodland and prairie.
This provision extended last year’s unfortunate conservation moratorium from two years to three years. Extending the moratorium is financially irresponsible and jeopardizes previous investments by the state and conservation organizations.

In addition to the above items, two energy provisions of concern to our conservation allies were included in the final bill.

6. Reducing Xcel’s contribution to the Renewable Development Account (RDA) (Sec. 1)
The Renewable Development Account (RDA) is meant to fund research and development in renewable electric energy technologies, grid modernization (including storage) and projects that decrease demand for and increase the efficiency of electricity use.
This provision restructured the formula for determining how much Xcel Energy should annually pay into the RDA, changing it from a fee for each cask of dry storage of spent nuclear fuel to a flat fee. The net result of this change is a compounding reduction of Xcel’s contributions into the RDA from approximately $26 million a year today to $20 million in 2022 and thereafter.
In addition, this provision allowed Xcel Energy to recover payments made into the RDA under this statute by charging a “rider” or extra fee to rate-payers.

Since the governor has publicly stated that he does not intend to call a special session, these issues are likely dead for the year.