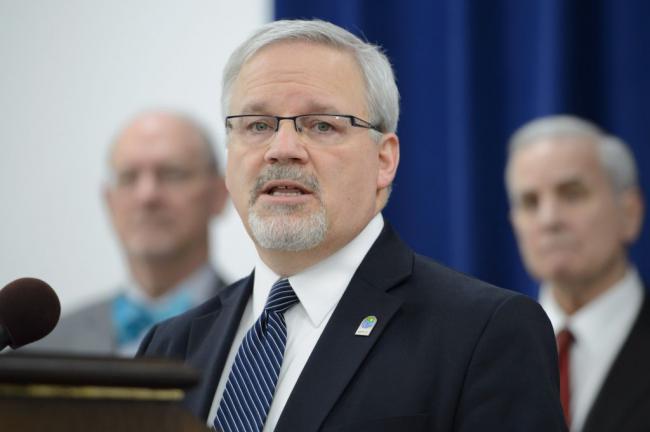 The Commissioner of the Minnesota Pollution Control Agency recently penned a thoughtful commentary on the threat of anti-environmental legislation moving forward at the Minnesota Legislature this session. Commission John Linc Stine’ s opinion piece was submitted for distribution to Minnesota media publications through Forum News Service and published in the West Central Tribune.

His remarks highlight a number of bad bills that aim to rollback bedrock environmental protections this legislative session. You can review those remarks here, or read them below.

Some of the best clichés are short, sweet and accurate.

Right now in the Minnesota Legislature, there are at least 15 bills that would change longstanding environmental protections to fix "problems" that none of their supporters can actually define.

These proposals reduce or eliminate public input, put political considerations ahead of vetted science, and bog down the same environmental permits the critics already say take too long to approve and issue.

So, what is the problem they're trying to fix? MPCA currently issues 97 percent of priority permits on time. Priority permits are construction focused permits that have the most impact on jobs and growth. Whether it's a new business, or a city with a wastewater treatment plant, permit applicants want certainty and predictability about their permits. Instead, these laws will do the opposite by introducing uncertainty, red tape and delay.

Proposals like these seem to make the rounds every few years, making the claim that Minnesota environmental protections are "job killers." Yet, Minnesota is proving that we can have robust environmental protection while also growing our economy. Those promoting these bills ignore economic measures that show Minnesota with low unemployment (in fact, we have a labor shortage), an economy that is outperforming neighboring states, national recognition as one of the best places to do business, and eight consecutive operating budget surpluses. At the same time, we are making progress in reducing air pollution, which is down over the last 10 years, returning contaminated brownfields to productive use, and making headway on improving water quality with 25 percent of waters with clarity improving, while only 10 percent are getting worse. Yet without offering any evidence, some people continue to repeat the false accusation that these same environmental protections are standing in the way of progress, and need to be changed.

If enacted, these laws would throw Minnesota's successful protection programs into disarray. One law proposes to suspend state-approved and court-tested water quality standards for two years. Another would require a lengthy, expensive and duplicative scientific review process where one already exists. Gov. Mark Dayton's administration has championed rational, reasonable environmental regulation focusing on timely, effective decision-making. Although our processes are not perfect, we are committed to continuous improvement and more efficiencies. Many, if not all, of these proposals are headed for a veto, but there is no telling which ones may survive through a second round of negotiations.

Instead of a false fix, Minnesota policymakers should focus on protecting and restoring our natural assets. In Minnesota, our plentiful, fresh water is a tremendous resource. It is an asset to all of us for drinking and recreating, and is critical for agriculture and economic opportunity for our local communities. Polluted or scarce water, on the other hand, is a disincentive to start or grow a business, and is far more costly to clean up than to protect from contamination in the first place. Protecting our natural assets is smart for Minnesota, but it does not come free or without oversight. In this equation, our existing environmental protections are reasonable, rational approaches to maintaining our assets while mitigating liabilities.

It's one thing to debate the value and efficiency of specific regulations and environmental protection — that is a discussion we welcome. However, these proposals focus on the short-term interests of lobbyists and a handful of regulated parties, over long-term protections for air, water, land, and our most critical resource, the people of Minnesota. We invite citizens and legislators to consider these choices carefully before fixing what isn't broken.