As the May 20 Legislative session deadline looms, successful negotiations on a final budget and policy compromise appear increasingly fleeting.

To date, Gov. Tim Walz's and the House’s preferences for spending on education, health care and transportation have been met with resistance in the Senate.

“We’re saying we don’t need taxes to do it, and the governor is. That’s why it’s such a difficult place that we’re at,” Senate Majority Leader Paul Gazelka (R – Nisswa) told reporters.

In turn, Senate Republican counteroffers have been received poorly. After Gazelka's budget presentation, House Speaker Melissa Hortman (D - Brooklyn Park) quipped that "Instead of going up and putting a serious offer on the table, [Senate Republicans] went and played with emojis and created a big poster board for you all to look at.” 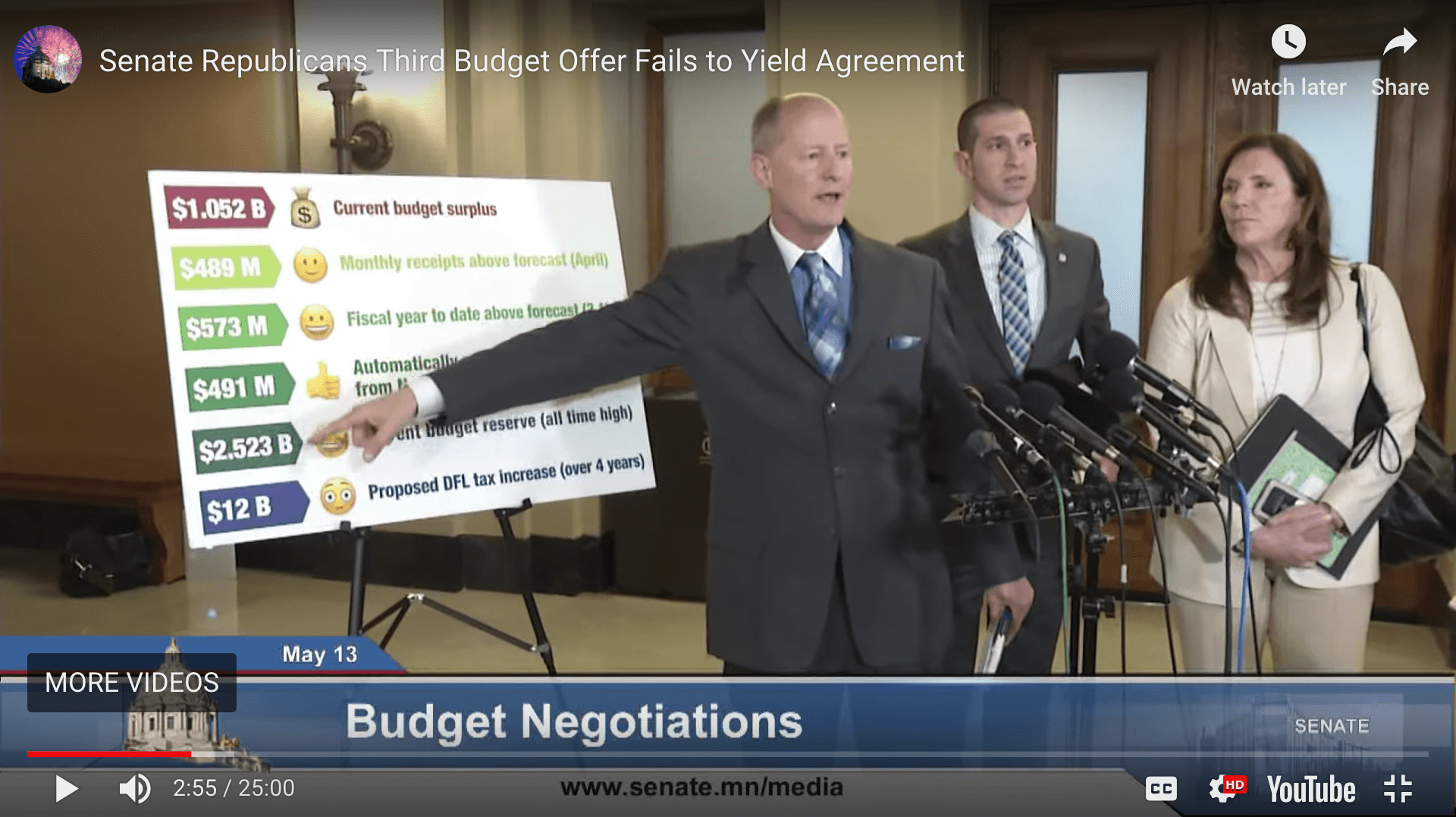 Leaders on all sides acknowledge that a budget deal is needed by Wednesday to allow enough time for conference committees to come to an agreement on omnibus spending bills.

If an agreement isn't reached in time, Minnesota may be in line for a special session.

We count on our River Guardians to help us shape legislation to protect our environment. Sign up to become a River Guardian and we'll let you know when important legislative issues arise. Our email system makes it quick and easy to contact decision-makers and make your voice heard.

River Guardians are also invited to special events (including happy hours like this one on May 28, 2019) where you can learn more about important legislative and metro river corridor issues.