Take action: It's time to renew lottery money for the environment [CLOSED] | Friends of the Mississippi River
Skip to main content

Take action: It's time to renew lottery money for the environment [CLOSED] 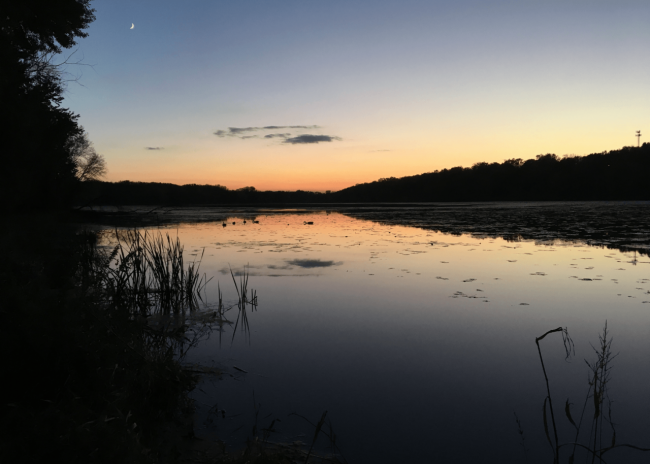 Since 1991, lottery money for the environment has provided approximately $875 million to nearly 1,800 projects around the state. But it won’t last forever. The constitutional dedication of lottery proceeds to the state’s Environmental Trust Fund is set to expire in 2024.

Minnesotans care about our natural resources — and we've proven willing to put money where our mouth is. In 1988, Minnesota voters approved a constitutional amendment dedicating a portion of lottery proceeds to the Environment & Natural Resources Trust Fund (ENRTF). Along with Legacy Amendment dollars (passed in 2008), the ENRTF is one of the two pillars of dedicated environmental funding in Minnesota.

The ENRTF was created specifically to provide a stable, long-term funding source "for the public purpose of protection, conservation, preservation, and enhancement of the state's air, water, land, fish, wildlife, and other natural resources."

Since its inception, the ENRTF has provided approximately $875 million to nearly 1,800 projects around the state, including vital habitat restoration projects at FMR, like our pollinator prairie at Ole Olson Park in North Minneapolis. But it won’t last forever. The constitutional dedication of lottery proceeds to the ENRTF is set to expire in 2024. Renewing the dedication requires a public referendum, which can only be triggered by the state Legislature. That is why we strongly support efforts in this session to renew the lottery dedication to the environment.

Please take a moment to sign the action alert below to let your legislators know you support renewing and enhancing the lottery dedication to the ENRTF on the ballot.

Renewing the lottery dedication to the environment

FMR is proud to work with many environmental, natural resource and outdoor recreation groups from across the state to advance bipartisan legislation to renew the state's dedication of lottery funds for our environment through 2050 — ideally during the 2024 election cycle. Here's where things stand.

Championed by Sen. Carrie Ruud (R-Breezy Point) and Sen. Foung Hawj (DFL-St. Paul), this bipartisan legislation has advanced through the Senate Environment Committee and is currently before the Rules Committee, which is likely to move it forward to the full Senate floor following Easter/Passover break. This bill makes four massive improvements to how lottery proceeds benefit our environment. The bill:

An amendment currently before the Senate rules committee would dedicate the other 50% of proceeds directly to a new state water improvement fund, which would invest in upgrades to water infrastructure (possibly including lead service line replacement).

Championed by Rep. Athena Hollins (DFL-St. Paul) and other DFLers, the House bill was referred to the House Environment & Natural Resources Finance and Policy Committee on March 28. To date, no action has been taken on the bill, which is yet to have an initial hearing.

While we are thrilled that the Senate bill has bipartisan support and will soon be ready to move to the Senate floor for passage, we are bitterly disappointed that the House has not taken any action. Luckily, it’s not too late. The Rule Committees in both the House and Senate will soon review these bills and consider whether to move them forward.

In the Senate, we expect the Rules Committee to end the revised bill to the floor for a vote as a stand-alone bill (constitutional amendments can’t be combined with other legislation or included in omnibus bills).

The House path is similar. The House Rules Committee will need to reanimate the bill and direct it back to the Environment Committee (since it failed to meet its original committee deadline). That Committee will have to agree to hear the bill, amend it to their liking, pass it, and send it on to the House floor for passage.

If and when both bills are through their respective chambers, lawmakers will convene a Conference Committee of House and Senate members to work out any differences in the bills and send a final version to both chambers for passage prior to their May 23 adjournment deadline.

If we want to ensure the lottery funds continue flowing for our shared benefit, we need to renew the constitutional dedication of these funds to the ENRTF. Let’s show that Minnesotans care about our land, air, climate, water and wildlife!

Sign the action alert below to let legislators know you support renewing and enhancing the lottery dedication to the ENRTF on the ballot.

Thanks for your interest! This action alert is now closed. Sign up as a River Guardian to advocate for the river and our environment in the future.