What's at stake as the final environment bill takes shape? | Friends of the Mississippi River
Skip to main content

What's at stake as the final environment bill takes shape? 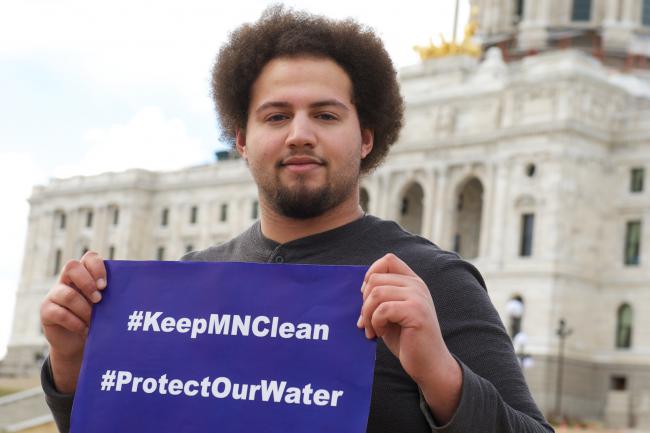 Following the House and Senate’s passage of their own omnibus environmental bills, negotiators from both chambers are convening to decide the content of a compromise bill.

They face a number of policy and budget decisions with major implications for the health of our lands and waters.

In general, FMR supports the House version and opposes much of the Senate's, which seeks to cut funding for core environmental agencies, raid the voter-approved environment trust fund and reduce transparency and science-based decision-making at our state agencies,

The House and Senate propose very different environment budgets. While the House includes a modest increase, the Senate, as noted previously in this blog, seeks massive cuts to our core environmental agencies.

Such cuts would fundamentally compromise our state agencies' stability and force an increased reliance on enforcement actions (as opposed to prevention) to fund agency work.

As MPCA Commissioner Laura Bishop noted in a letter to the Senate last month: “This is not a healthy situation for businesses, the public, nor for the environment and human health.”

We agree, and we encourage negotiators to accept the House-proposed environment budget.

You may recall that in 2018 lawmakers raided the state’s voter-approved Environment & Natural Resources Trust Fund. In response, FMR joined eight other conservation organizations to initiate a lawsuit, resulting in a fix to the raid earlier this session.

Unfortunately, the Senate wants to raid the fund yet again, in clear violation of Minnesota's constitution. (Read more about the raid and Senate rollbacks in this legi blog post.)

FMR (amongst many others, including Strib outdoors columnist Dennis Anderson) strongly opposes the Senate's attempt to raid nearly $20 million from this voter-created and voter-approved trust fund. It should be used as voters intended, not to fund core functions of state government like State Park operations and wastewater treatment meant to be funded through the normal general bonding.

Programs and provisions we support

While there's a variety of policy provisions being fleshed out, here's where we stand on some of the most high-profile items under consideration.

In addition to their environment budget, FMR supports these House positions:
• Neonicotinoid-free Wildlife Management Areas
Prohibiting a risky class of insecticides in state-owned wildlife management areas gives pollinators a safe haven.
• Planting natives and “Lawns to Legumes” for pollinators
This program would provide $637,000 in cost-share grants for planting residential lawns with native vegetation and pollinator-friendly forbs and legumes.
• Reinstating the MPCA Citizens’ Board
There should be public participation in the decisionmaking on the environmental issues facing our communities. (Read more in this letter of support.)
• Preventing salt pollution
This new voluntary certification program trains salt applicators on best practices and secures limits on slip-and-fall liability when proper deicing practices are used. This improves our business climate while reducing chloride pollution to our waters.

In addition to opposing their environment general fund cuts and trust fund raid, FMR disagrees with many Senate's provisions.

We need permits that protect our water, not:
• A 16-year industrial pollution holiday
There is no need for a 16-year exemption for industries to comply with new or upgraded water quality standards following the construction of a new facility.
• Unpermitted transfers between water bodies
Water transfers risk moving pollution and aquatic invasive species, which is why permits may be needed.
• Inflexible approaches to changing groundwater levels
This Senate position prevents the Department of Natural Resources from modifying permits as they're transferred with the sale of land to account for evolving groundwater sustainability issues.

Transparency and public involvement should be valued. We should not:
• Limit public comment periods
This Senate position unnecessarily limits the public comment period on some environmental reviews to 30 days unless an extension is approved by project proposers. While extensions are infrequent, this would remove the state's authority to extend a comment period when it's in the public's best interest.
• Create a groundwater management “gag rule”
This Senate position bars the state from talking publicly about groundwater management plans, with the exception of media inquiries and sharing some information on public meetings (time, location and agenda). This approach undermines public trust and community participation in groundwater management planning.

We also don't need to introduce needless red tape, redefinitions or redundant layers of oversight that delay or detour water protections, such as:
• A single-county veto of any new water quality standard
This Senate position requires all 87 county boards to approve a water quality standard before it can be enacted, regardless of scientific and technical evaluation by the Minnesota Pollution Control Agency.
• Redefining groundwater sustainability
This Senate position redefines “sustainable” water use in contradiction to the definition recommended by Department of Natural Resources experts. It's also a one-size-fits-all definition that does not take into account the variability of local conditions.
• Legislative approval of permit fees
This Senate position requires legislative approval to adjust the Minnesota Pollution Control Agency's permit fees. These fees are established to cover the reasonable costs of reviewing applications and issuing certifications and permits. Requiring legislative approval could create additional delays in accessing funds to efficiently process applications.

We also oppose the Senate's desire to cap representation on a new Wild Rice Stewardship Council to three tribes. This directly contradicts the Governor’s Wild Rice Task Force recommendations. Wild rice, Minnesota’s state grain, is especially important to the economic, physical and spiritual health of our Indigenous communities. The council should be established in full consultation with Minnesota's 11 federally recognized tribes.

House and Senate negotiators are convening a conference committee to make final decisions on what's included in the final compromise bill.

FMR and our allies, along with conservation-minded individuals from across the state, are working hard to ensure the objectionable funding and policy items are removed while ensuring the best budget and policy items remain.

Once a final bill is approved by the conference committee, it must pass both the House and Senate (without amendment). If it fails in either chamber, the committee will reconvene and re-pass an amended version and try again. Either way, the final bill must pass by the May 20th deadline.

If the Legislature fails to pass a final bill, Gov. Tim Walz can call for a special session to allow legislators more time to complete their work. If work is not wrapped up by June 30th, the state will face a partial government shutdown beginning in the new fiscal year, July 1st.

We count on our River Guardians to help us advocate on important issues like the 2019 omnibus environment bill.