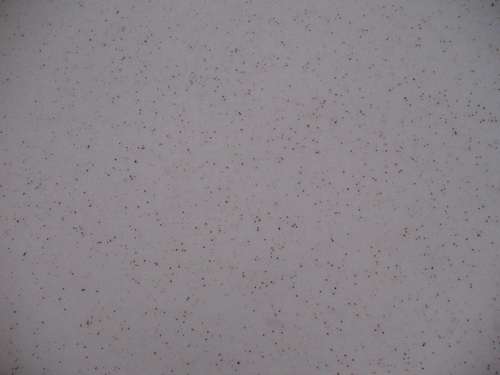 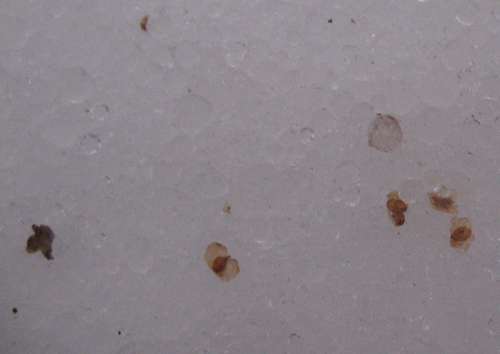 Gazing out in our rural wooded yard last week, I noticed a lot of plant debris of some sort on the surface of the snow. Curious, I slapped on my snowshoes to get a closer look (see top photo). And then a CLOSER look (lower photo). These were tiny seeds, just 2 mm each, with two membranous wings. There was also an abundance of triangular shaped bits appearing to be seed scales or bracts. Given the abundance and the scale, the seed was clearly from a tree. But which one?

I looked at each of the trees in the woods, but these seeds were very different from the recognizable seed of the trees around me  maple, aspen, oak, elm, ironwood and a few conifers. Their large or conspicuous seed fell long ago in spring or fall.

However, there was one tree in the area whose seed I could not recall: paper birch. Exploring a little more, I found that, sure enough, the seed was most abundant under the birch trees and quickly dwindled a short distance away. A quick Google search confirmed that it was, in fact, birch seed.

Birch trees have both male and female flowers on the same tree that form catkins when mature. The seed is produced in the female (pistillate) catkins, which begin dropping seed in late summer. While most of the seed is dispersed in fall, the catkins remain on the tree through winter and even into spring, all the while gradually releasing remaining seed.

This unconventional trait allows the seed crop to encounter many different kinds of conditions and increases the chance that some seed will land in a good place to germinate. One study found that seed that fell in late fall and winter had higher germination rates than seed that fell earlier. One last benefit for the woods, seed fallen on snow provides another winter food opportunity for birds.