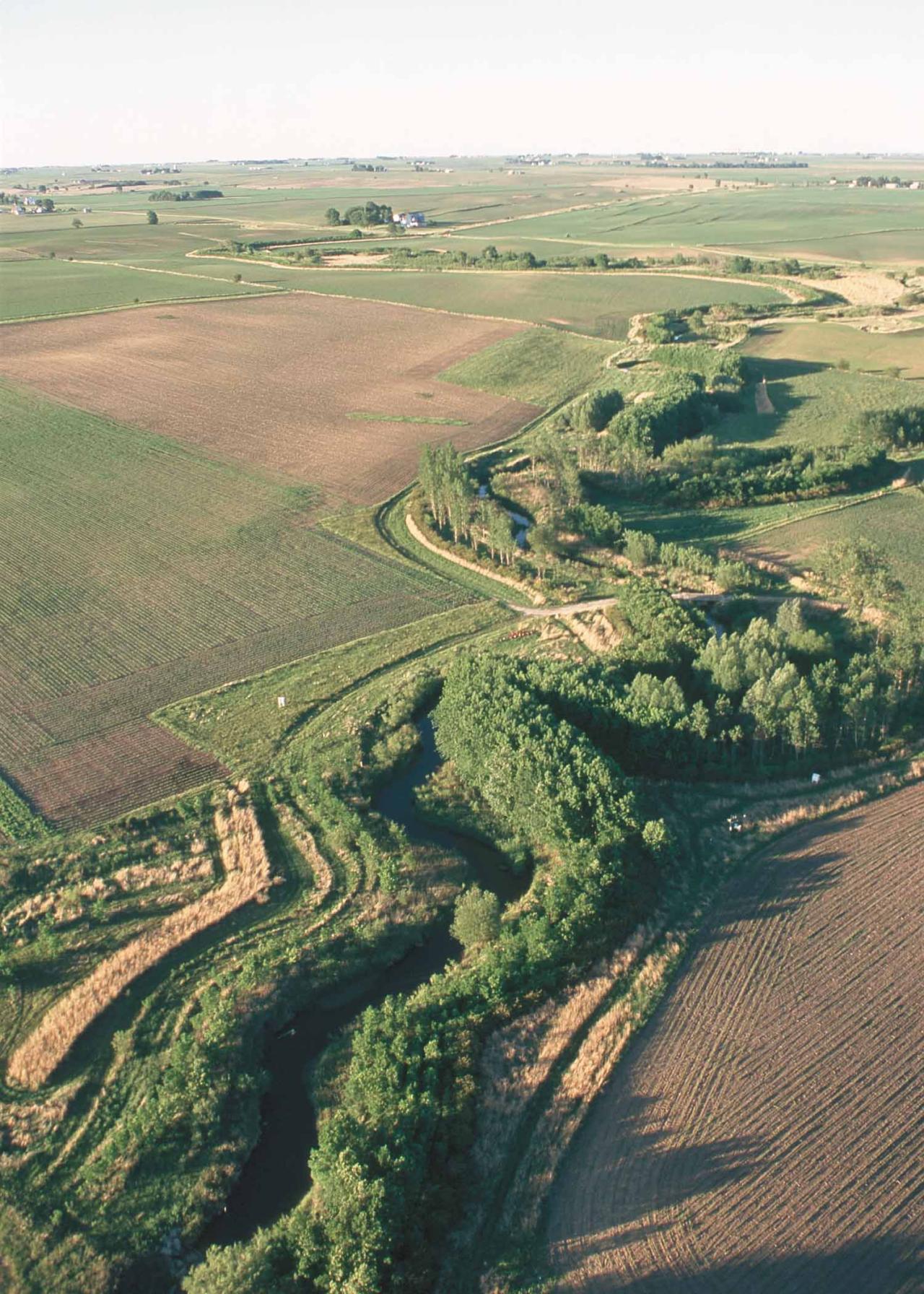 I was in the audience on January 16th when Governor Dayton surprised and delighted several hundred anglers, hunters and conservationists by proposing legislation to establish shoreland buffers along all of our state’s waters.

A flurry of news stories, editorials and commentaries followed the announcement and opponents and proponents jockeyed for position but one thing was immediately clear. In remarks that lasted less than five minutes the Governor had fundamentally changed the debate from whether buffers of perennial vegetation should be required on our shoreland to how the buffer requirement should be applied and enforced.

As the accompanying cover article in this newsletter details, buffer strips along our streams, rivers and ditches perform several functions and deliver many benefits. They help to filter and reduce runoff pollutants, especially from cultivated land. Perennial root systems hold streambanks in place, reducing erosion. Buffers of grasses and trees in that critical zone where the water meets the land provide essential habitat for myriad species including songbirds, bees, butterflies and amphibians not to mention popular game species such as pheasants. Unfortunately, most of Minnesota’s shorelands are not required to have buffers and for those that are, the requirement is largely unenforced.

For me, what was striking about Governor Dayton’s proposal was the importance of strong leadership in defining and emphasizing ethical principles in the service of public policy. In his remarks the Governor said, “I recognize this will not be well received by some private landowners. The land may be yours, but the water belongs to all of us.” With these words the Governor eloquently set the frame for the debate: Property owners certainly have many rights that must be respected, but with those rights come responsibilities as well. When the manner in which the land is used or managed leads to degradation of the health of public waters downstream, the state has a legitimate role in setting certain minimum standards for stewardship.

Dayton’s proposed legislation is fair, flexible and long overdue. Importantly, the bill extends buffer protections to a much larger share of Minnesota’s waters including some smaller streams that don’t flow perennially. The proposal also includes thousands of miles of ditches, many of which are former natural streams that have been straightened to more efficiently drain agricultural land. We know these ditches are a primary delivery mechanism for pollution so it is essential that they are addressed.

In my 25 plus years working on water policy in Minnesota, Governor Dayton’s buffer initiative is perhaps the boldest and most far-reaching. Of course, it is still only a proposal and there is a long way to go before it becomes law. The legislature will certainly want to influence and shape the initiative and there are lawmakers who will oppose any buffer requirement despite the benefits they would provide for our water and wildlife.

Over half of the state drains to the Mississippi River so the importance of this proposal to the health of the Mississippi is very significant. We are grateful for the Governor’s progressive leadership on this issue and we look forward to working closely with the Dayton administration, supporters in the legislature and our thousands of Minnesota members to enact this proposal this year.