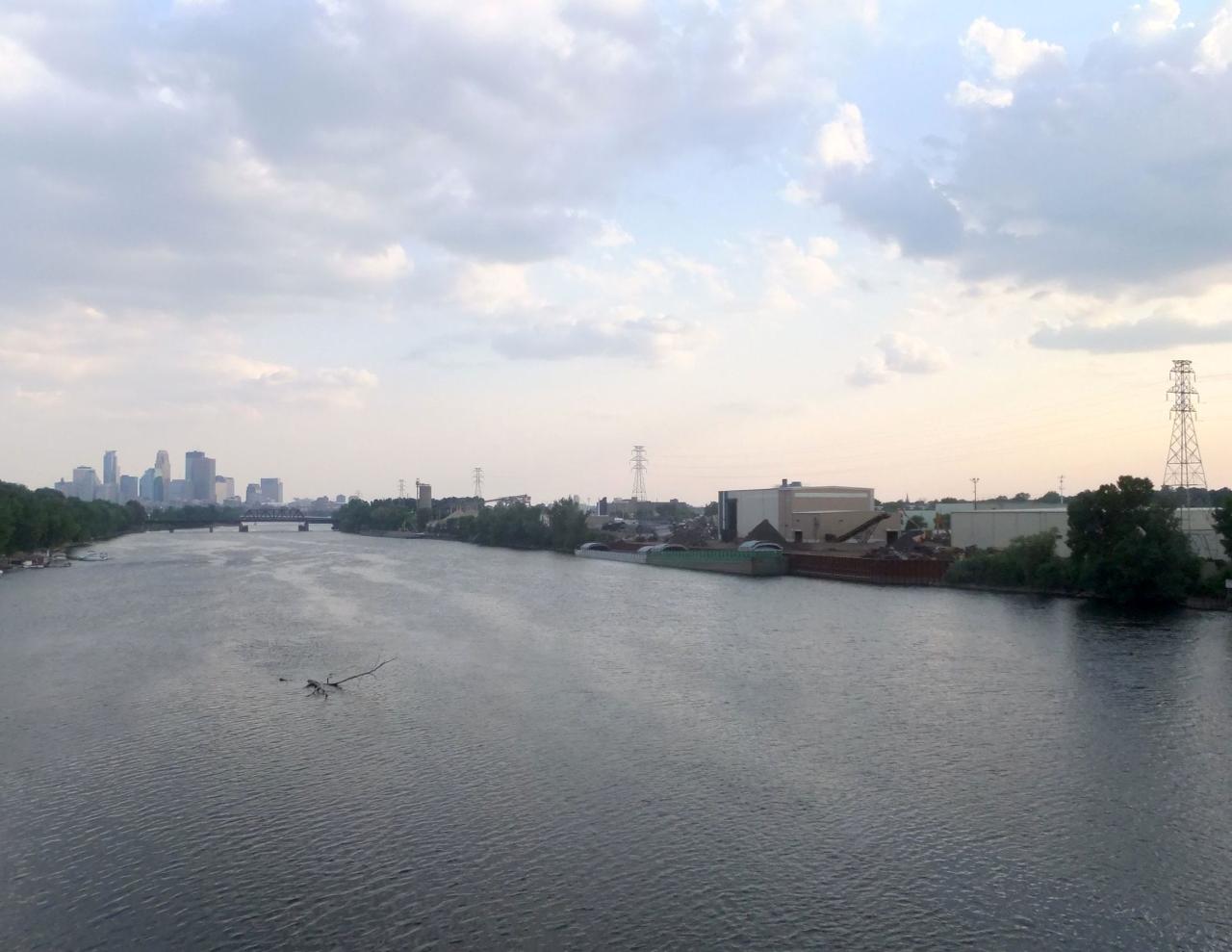 Northern Metal Recycling on the river north of downtown Minneapolis.

One of the most unsightly industries on the Mississippi River might be going away in the near future. Frustrated by their inability to address air pollution violations, Northern Metal Recycling is considering plans to move their operation from 28th Avenue North to a less populated area north of the Twin Cities.

The company operates a metal shredder that has been cited for emitting dust and particulate matter in excess of the pollution limits allowed by their state permit. Community members fought for two decades to prevent the “Kondirator” from being built, and within a year of the shredder becoming operational, it was already violating air quality standards. In a recent court case, the Minnesota Pollution Control Agency (MPCA) stated that if the shredder cannot be modified to comply with permit limits, it will need to be shut down.

In hopes of reaching a settlement with the MPCA, Northern Metal has proposed to move their operation if regulators will give them a pass for three years while they relocate. Since people in north Minneapolis will still need to breathe for the next three years, MPCA is not in a position to allow these violations to continue.

“After 25 years of controversy, perhaps it’s finally time for this scrap metal operation to move off the river,” suggests Whitney Clark, FMR's Executive Director. “The residents of north and northeast Minneapolis deserve a riverfront that supports and enhances their health, not one that makes things worse.”

Check out the Star Tribune article about moving the metal shredder.