Restoring prairie and savanna in an old rail yard 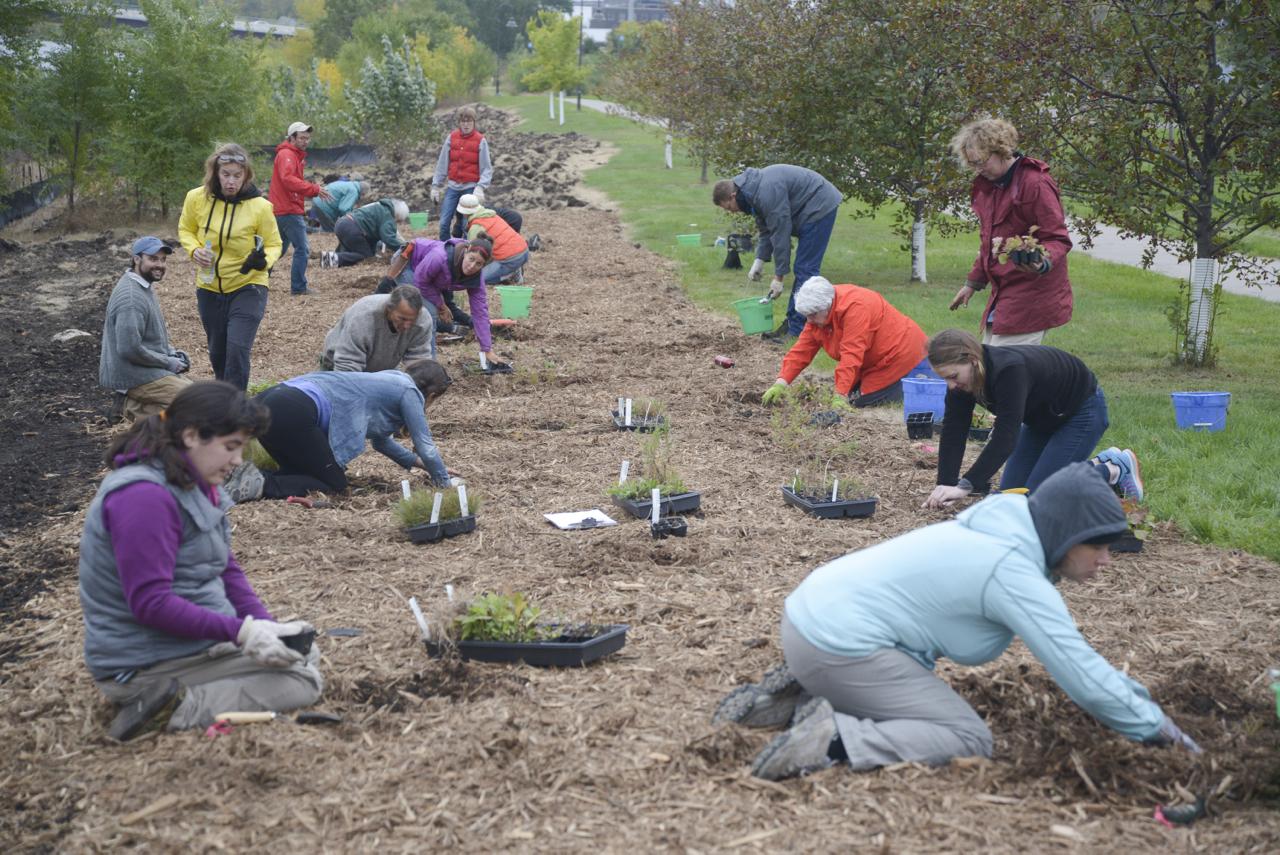 For years, FMR has been restoring ecological communities in the Twin Cities metro area. Much of that work has focused on sites in the Mississippi River gorge and further south: sites like the 36th Street Oak Savanna in Minneapolis or Mounds Park in Saint Paul. But with the steady implementation of the Minneapolis Park Board’s Above the Falls Master Plan, FMR is extending its reach northward. The hope is to begin to implement ecological restoration at sites along the river, improving ecological communities and connecting people north of the city to the river. Orvin “Ole” Olson Park, on the west side of the river north of the Broadway Street bridge, is one such site where FMR has taken the lead on ecological restoration.

Once a railroad roundhouse, Ole Olson Park is now a destination for walkers and bikers, offering stunning views of the city. The park even hosted the third annual Riverfront Fest this past summer. However, because of its history – the park was also the site of a paint manufacturer and a variety of other industrial uses – the soils and vegetation at the site are very degraded. While the park has now been connecting people to the river, it’s done less to protect and restore the ecology of the site.

North of the Twin Cities, the Mississippi was once a prairie river, meaning that prairie and savanna communities often grew right up to the banks of the river. With the proliferation of agriculture to the north and industry in and around the Twin Cities, much of that prairie habitat was lost. Due to constant human disturbance at the site, the vegetation at Ole Olson – which likely would have been prairie or savanna before European settlement – was replaced by a suite of invasive species, including grasses (smooth brome), forbs (birdsfoot trefoil, spotted knapweed, garlic mustard), shrubs (common buckthorn) and trees (Siberian elm). Moreover, the few native species that were present on site were not indicative of historical communities.

In partnership with the Park Board, FMR ecologists were able to assess the site and develop plans to restore native plant communities. Working around future plans for additional park amenities, FMR identified areas along the river that could be restored to prairie and savanna. Once a memorandum of understanding was approved by the park board, FMR set out to start work at the site. In the fall of 2015, contractors began work, alleviating some of the more severe soil compaction, installing silt fences to safeguard against erosion and tilling the areas that would be planted to prairie. 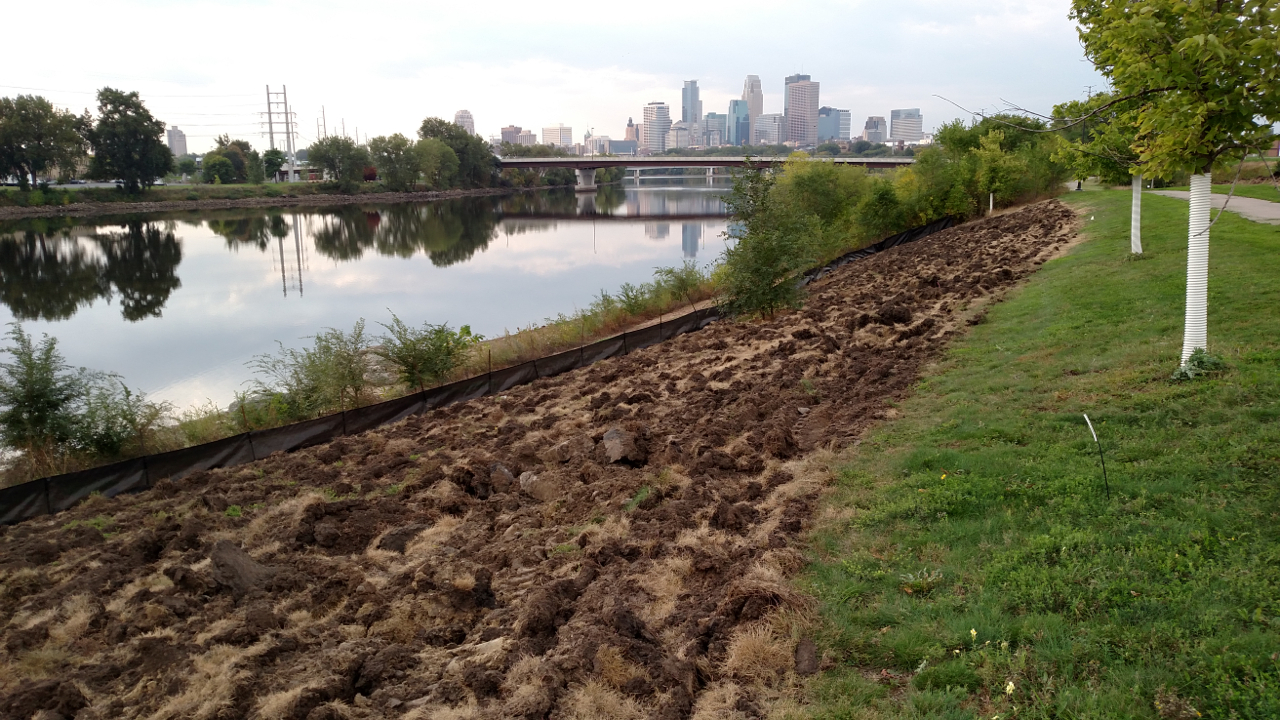 In October, FMR hosted a public volunteer event, planting over 1,900 wildflowers and herbaceous plants into a prairie demonstration garden. This 2,500 sq ft garden will not only serve as a showy centerpiece for the restoration, but will jumpstart the provision of habitat for butterflies and other native pollinators that depend on native plant species. Later in the month, contractors removed the invasive woody vegetation from the strip of land between the bike paths and the shoreline. Larger trees were hand cut or felled with heavy machinery, while smaller trees and shrubs were brush mowed, minimizing the need for chemical use to treat cut stumps. The brush mowing also created a layer of mulch that helps prevent soil erosion. The site was then seeded with winter wheat to provide temporary cover throughout the winter months. 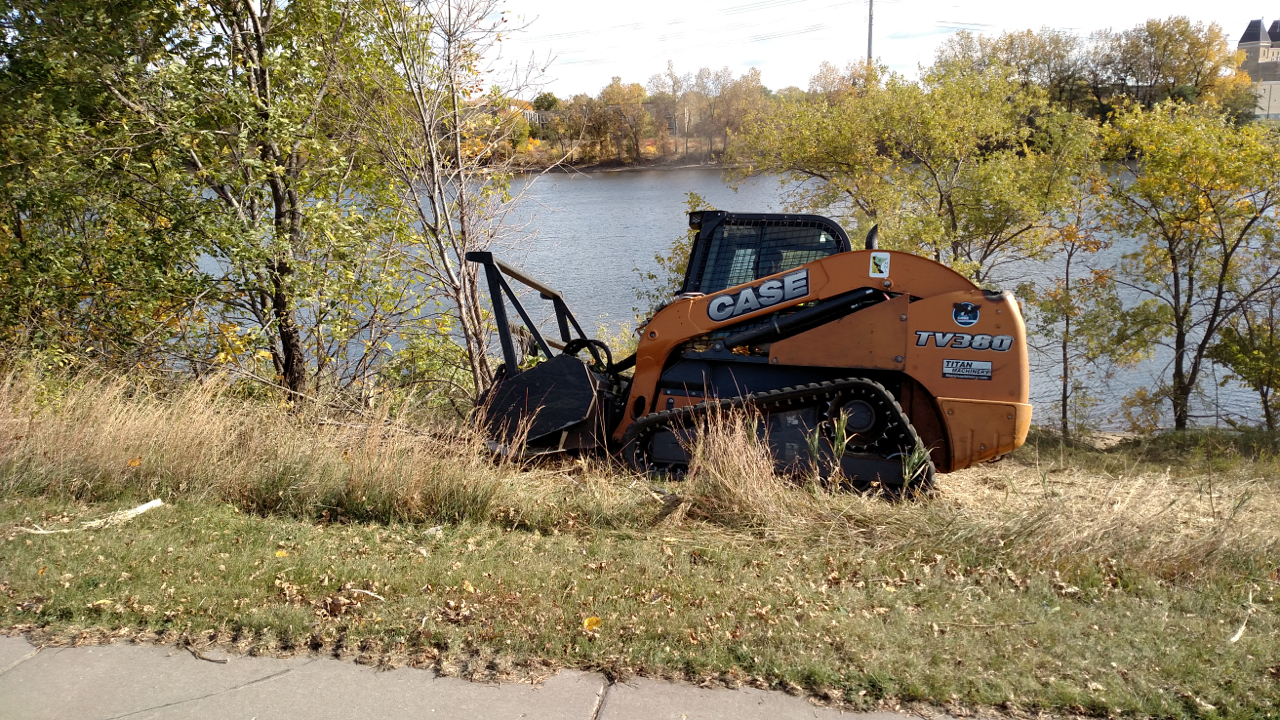 Come spring, the site will be tilled and harrowed to provide a smooth planting surface for the mix of native grass and wildflower seeds that will eventually become the prairie. Incorporating the winter wheat and mulch into the soil will provide nutrients that will help nourish the establishing prairie species. During the first growing season, native prairie grasses will dominate the landscape, as wildflowers and other forbs will take longer to establish. With careful maintenance, including multiple establishment mows and an eventual prescribed burn, FMR hopes that this restored prairie will be a beautiful and ecologically important addition to the above the falls landscape. 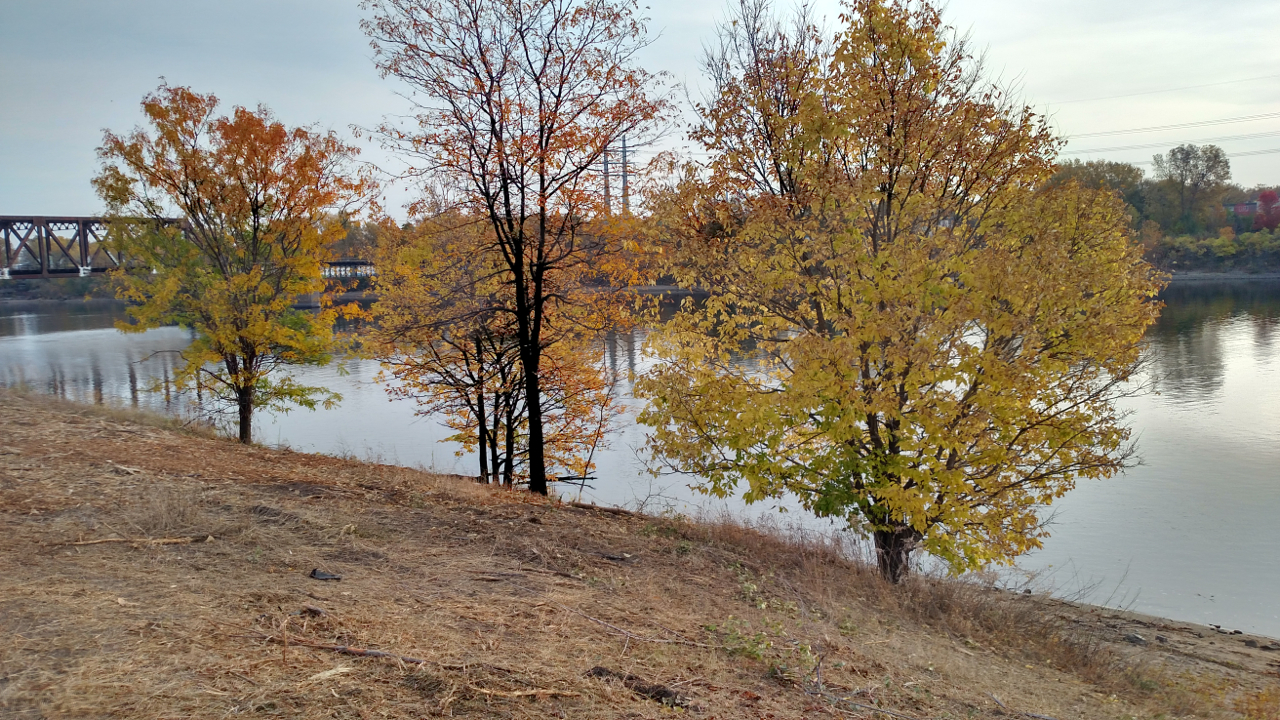 Funding for this project was provided by the National Fish and Wildlife Foundation and the Minnesota Environment and Natural Resources Trust Fund as recommended by the Legislative‐Citizen Commission on Minnesota Resources (LCCMR).