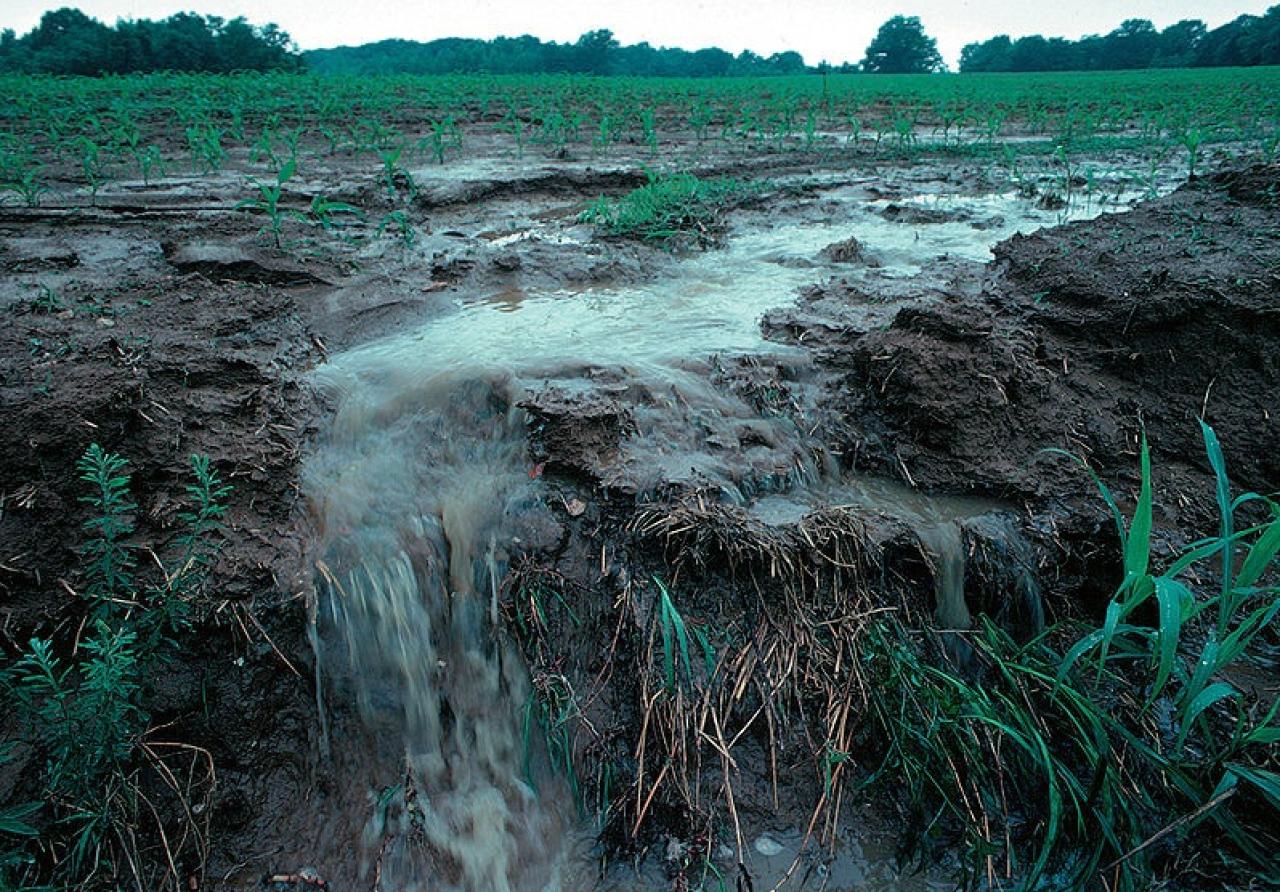 Bowing to pressure from agribusiness groups and select lawmakers, Gov. Mark Dayton made statewide news with a surprise announcement in late-January: a major portion of the 2015 buffer bill is being rolled back. As a result, hundreds of miles of private ditches will be exempt from buffer requirements and will continue to carry polluted farm runoff into Minnesota's waters.

The passage of Gov. Mark Dayton's much-discussed buffer initiative was one of the few bright spots in an otherwise troublesome 2015 legislative session. The law established new perennial vegetation plantings or buffer strips along rivers, streams and ditches to help filter out phosphorus, nitrogen and sediment.

The landmark initiative required two types of buffers:
• Public waters buffers:  A 50-foot average buffer (with a minimum width of 30 feet) of continuous perennial vegetation along all "public waters" by November 1, 2017.
• Ditch buffers: A 16.5-foot minimum buffer of continuous perennial vegetation along ditches within the "benefited area" of public drainage systems by November 1, 2018.

The law directed the Minnesota Department of Natural Resources (DNR) to develop maps identifying which streams and ditches fall into the above categories, and share those maps with landowners and local governments to assist in implementation.

Suddenly off the map in 2016: Private ditches

One key to the initiative's potential success was its application to both private and public ditches. Since private ditches often discharge polluted runoff to public ditch systems that local landowners help pay to maintain*, it seemed only fair that private ditch owners install buffer protections as well. However, since the governor's recent announcement, we now know the exact number of private ditches protected by the buffer bill: zero.

According to Gov. Mark Dayton's statement, he instructed the DNR to stop mapping private ditches after House Republicans threatened to kill pressing public works water-quality projects: “Threats have been reported to me that DNR and [Minnesota Board of Water and Soil Resources] bonding requests — which are urgently needed to address the state’s serious water quality and infrastructure challenges — would not be considered by House leadership if private ditches were not retroactively exempted from the new buffer requirement."

As Dayton expressed his reluctance to order this action, the Minnesota Farmers Union, Minnesota Farm Bureau, Minnesota Corn Growers Association and the Minnesota Soybean Growers Association were all quick to publicly thank him for allowing their members to farm right up to the water line. In a recent Pioneer Press article on the governor's announcement, FMR Executive Director Whitney Clark asked who really insists on farming up to the water's edge: "The first thing I thought [after the announcement] was who are all these people who want to farm right up to the edge of their ditch? Who are all the people who are asking for that, and is that in the public interest? … It’s stunning that that’s the position that opponents of buffers are taking.”

Also off the map? Many streams and wetlands

Beyond the exemption for private ditches, the DNR's maps could result in far fewer public waters protected by buffers. The maps currently being developed by the DNR fail to include and thus protect all public waters and wetlands and selectively apply the wrong buffer width for many miles of streams.

The DNR's refusal to accurately map our state's most vital natural resources is a deliberate attempt to avoid extending buffer protections to our headwaters, streams and wetlands where they're needed most. It could also remove existing statutory protections from waters where buffers already exist. By enshrining this approach in state law, the DNR is effectively undermining existing buffer protections while violating the intent of one of Governor Dayton's signature policies.

It appears possible that the above shortcomings may mean that the DNR's buffer mapping process results in a net reduction in the total number of buffer acres required by the law in Minnesota. As a result, this bill (which was passed in exchange for passage of perhaps the worst environmental policy bill in a generation) may itself represent the a serious rollback of stream buffer protections that were in place prior to its passage.

The state expects to share its preliminary maps for public review and input in late February 2016. FMR and our partners will continue to monitor the DNR's progress and push hard to make sure that the state honors the sprit and intent of the governor's buffer initiative in mapping public waters, public water wetlands and ditches that qualify for protections under the law.

Sign up to become a River Protector and be on the lookout for an action alert in late February or early March calling on the Governor and DNR to get this right.