Thank you to the 200+ Clean Water Rules event attendees 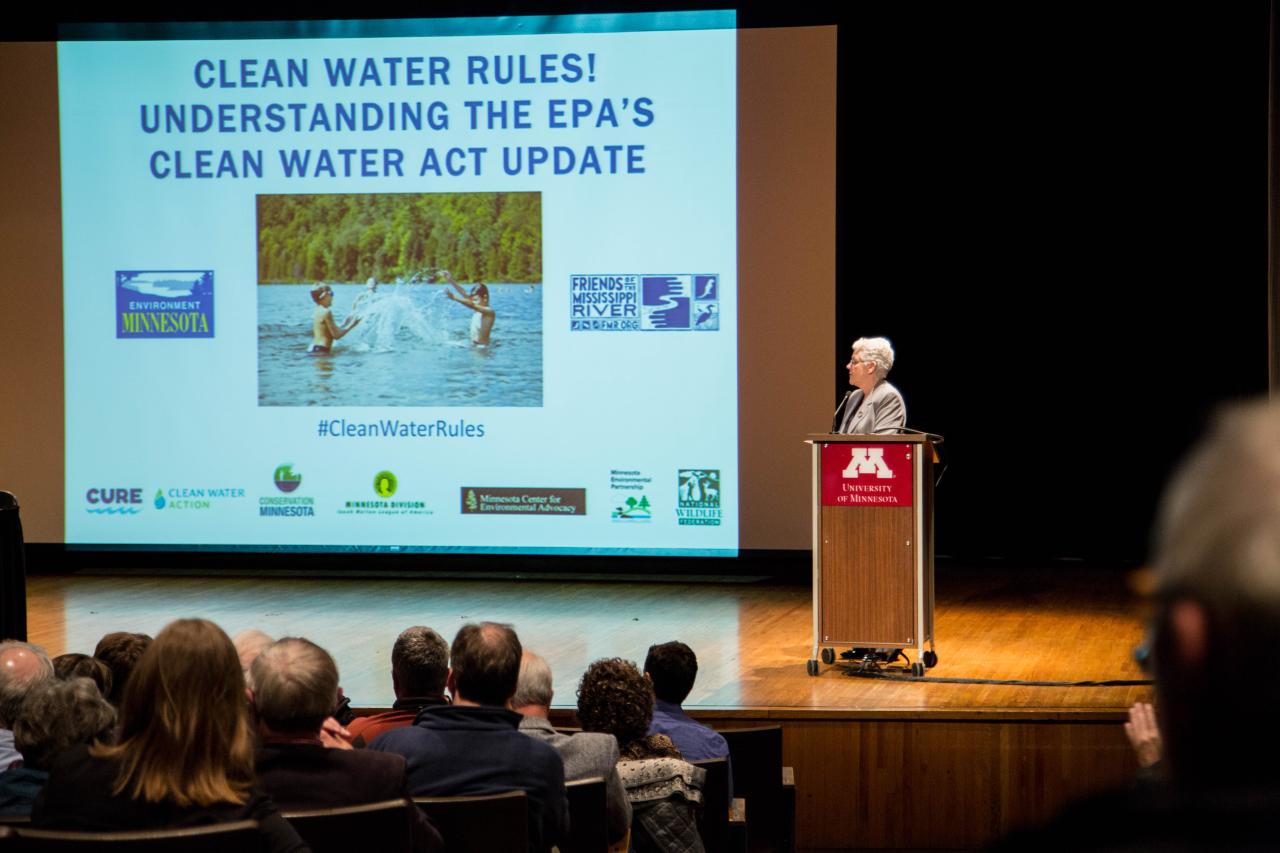 "Clean water is critical to healthy lives, and healthy economies, which is why we're committed to finalizing a rule that protects our nation’s water systems," said Administrator McCarthy. "Today, one in three Americans get their drinking water from streams that lack clear protection from pollution. Our rule will protect our economies that depend on clean water to function - from manufacturing and agriculture to tourism and recreation - so they can continue to thrive and grow."

Administrator McCarthy’s presentation comes as the EPA’s proposed Clean Water Rule is under attack in Congress.

Polluting interests such as corporate agribusiness, developers, and the oil and gas industry have been fighting to stop the Clean Water Rule. Just last month their allies in Congress pushed a dirty water amendment through in the federal budget resolution. Clean water advocates expressed concern that Senator Klobuchar had voted in favor of Senator Barrasso’s budget resolution amendment.

“After years of scientific review and overwhelming public support for the Clean Water Rule, any move by Congress to delay, revisit or otherwise meddle with it is basically a vote against clean water,” said John Rumpler, senior attorney for Environment Minnesota.

Attendees signed postcards to Senator Klobuchar expressing their disappointment with her recent vote, and asking her to support the rule going forward.

Congresswoman Betty McCollum gave an impassioned speech in support of the Clean Water Rule, and her support was echoed by representatives from Congressman Keith Ellison and Congressman Rick Nolan’s offices.