Harnessing fire as a conservation tool 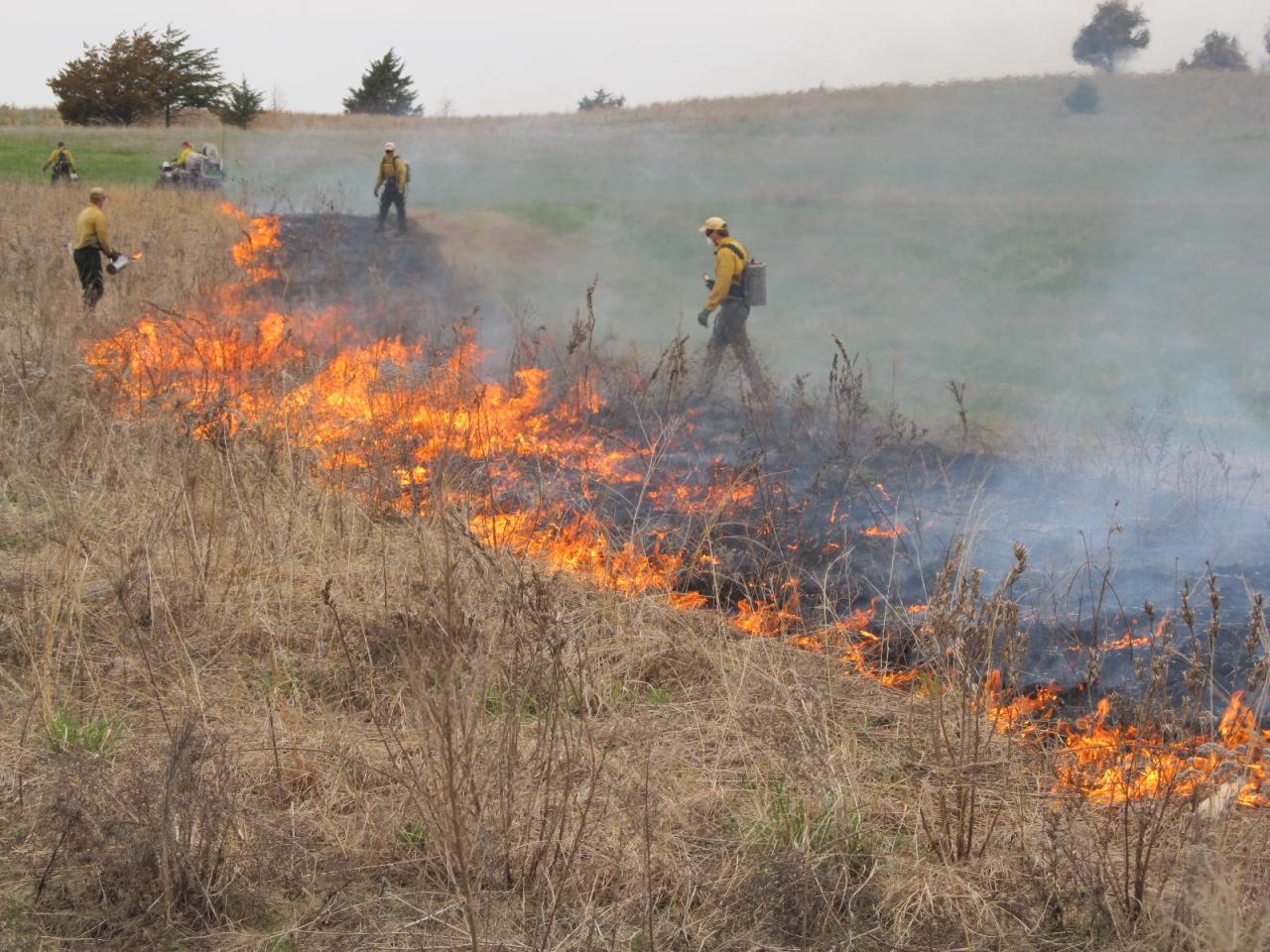 Fire has always been a part of the American landscape. Far before Europeans arrived in North America, fires were commonly ignited by lightning strikes, burning across the landscape until they fizzled out. These fires often occurred in the midst of droughts, when plants were dry and flammable. But not all fires were the same; different vegetation types supported different fire intervals and severities. For example, fires in the prairies happened often, but were usually low-intensity, burning only the aboveground vegetation. Meanwhile, fires in northern Minnesota's boreal forests were much less frequent but were often high-intensity and stand-replacing, burning both the above- and belowground biomass.

Aside from naturally ignited fires, there were man-made fires as well. Native Americans used fire as a management tool, both for wildlife and vegetation. Evidence exists of fires set in order to drive wildlife into areas where hunting was easier or to provide areas where animals would congregate to feed on new, fresh vegetation. Native Americans also set fires for vegetation management, both to prepare lands for cropping or other land uses, and to stimulate the growth of post-fire species like blueberries.

When Europeans began settling North America, the fire frequency increased exponentially, due mostly to the use of fire to assist in the wholesale conversion of the landscape to agriculture. The incidence of accidental fires also increased, as many more people were now traversing the country to trade, settle and explore. Many of these fires burned hundreds of thousands of acres, often threatening or destroying settlements. By the early 1900s, the growing number of incidents involving large fires led to the United States Forest Service adopting a policy of fire prevention and suppression. By the 1930s, fire suppression was in full swing, and this policy lasted into the late twentieth century.

However, research began to shine a light on the importance of fires for the ecology of our natural systems. Plants from many different environments need fire to regenerate or produce seed. Jack pine forests, for example, need fire to stimulate the growth of a new generation of trees. Jack pine cones are serotinous, meaning they respond to a specific trigger event, in this case extreme heat, to release their seed. Without fire, jack pine and other fire-dependent forests, home to great biodiversity, die out.

But the lack of fire has also led to dangerous situations in many areas. Without fire, some forests have grown too dense, with understories packed with smaller shrubs and trees and abundant downed woody debris. When a fire starts accidentally, this abundance of fuel allows it to burn out of control, jumping into the canopy and quickly spreading to new areas. Many of the wildfires in the western United States could likely have been less intense and destroyed fewer homes and towns had previous fire prevention and suppression efforts not been so complete.

Today, management agencies recognize the need for fire on the landscape. Many agencies now practice prescribed or controlled burns to manage habitat, prevent the build-up of fuel and stimulate vegetative growth or regeneration. Such fires take meticulous planning and involve careful consideration of weather conditions, including humidity, wind speed and direction, and precipitation. Because many of these fires occur in populated areas, conditions have to be just right to ensure that a burn does not get out of control or that smoke doesn’t bother nearby houses or businesses. Often, the window of time in which an area can be burned safely is quite small, leading to recognized spring and fall burning seasons. 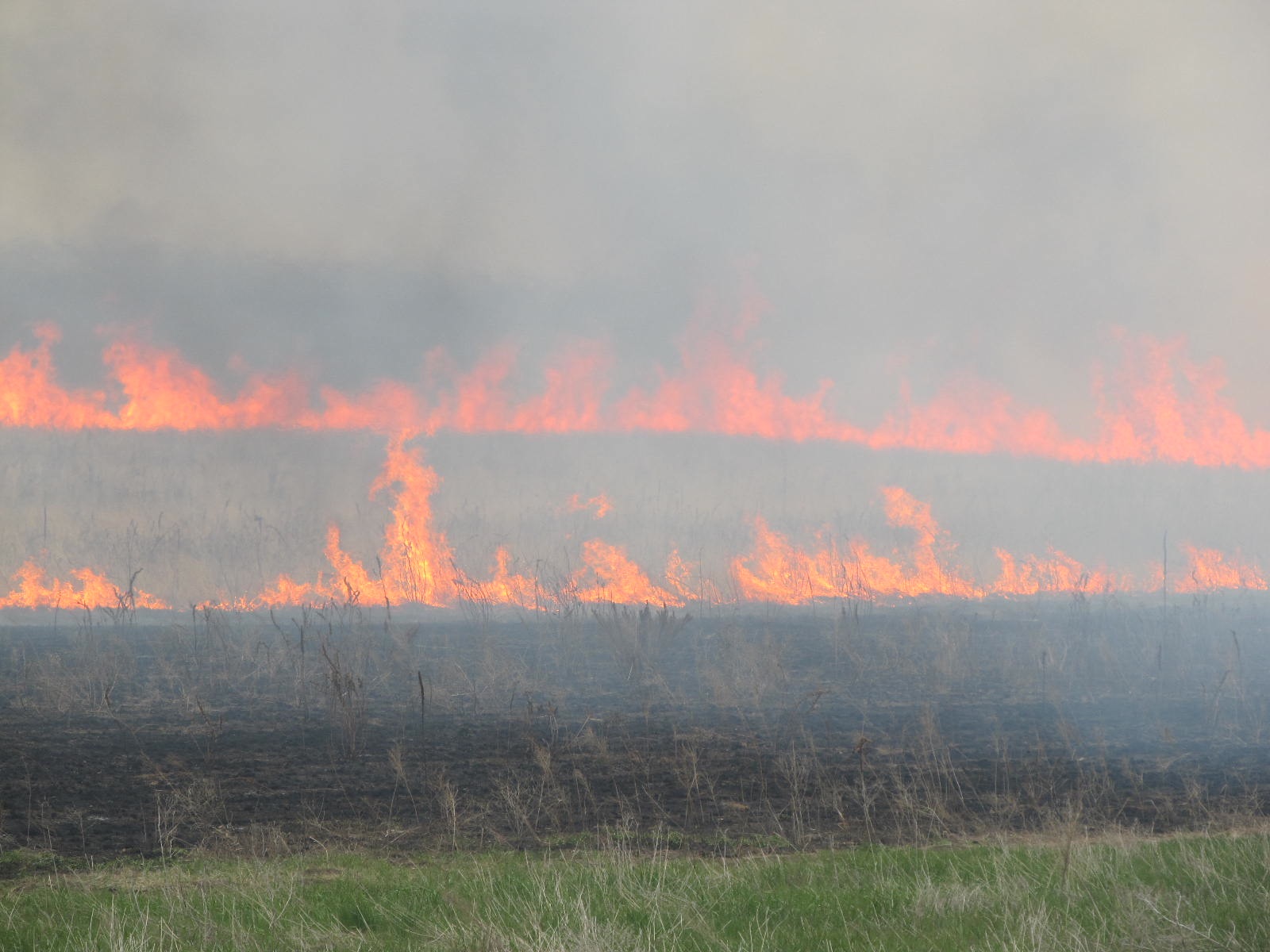 FMR uses fire as a management tool on many of our restoration sites. Prescribed burns are common in our prairie, savanna and woodland restorations, both to remove invasive species that are not adapted to fire, and to stimulate the growth of native, fire-adapted species. FMR has 16 burns planned for 2016, all potentially occurring during the spring burn window! While the on-again, off-again snow and rain have made it difficult to schedule this year, we’ve been able to cross one burn off our list so far.

River Oaks Park in Cottage Grove was our first burn of the 2016 season. This small 2-acre site along the Mississippi River transitions from forest, to oak woodland, to savanna, and finally to a remnant bluff prairie, and affords beautiful views of the river. As part of our management plan, we plan to use prescribed fire approximately every five years, both to keep invasive species in check and to aid the growth of fire-adapted prairie species. Our contractors were able to squeeze in a burn in April, which carried well through the bluff prairie and into the woodland. Native prairie seed will be broadcast after the burn to provide additional diversity and cover on this beautiful bluff prairie overlooking the river. 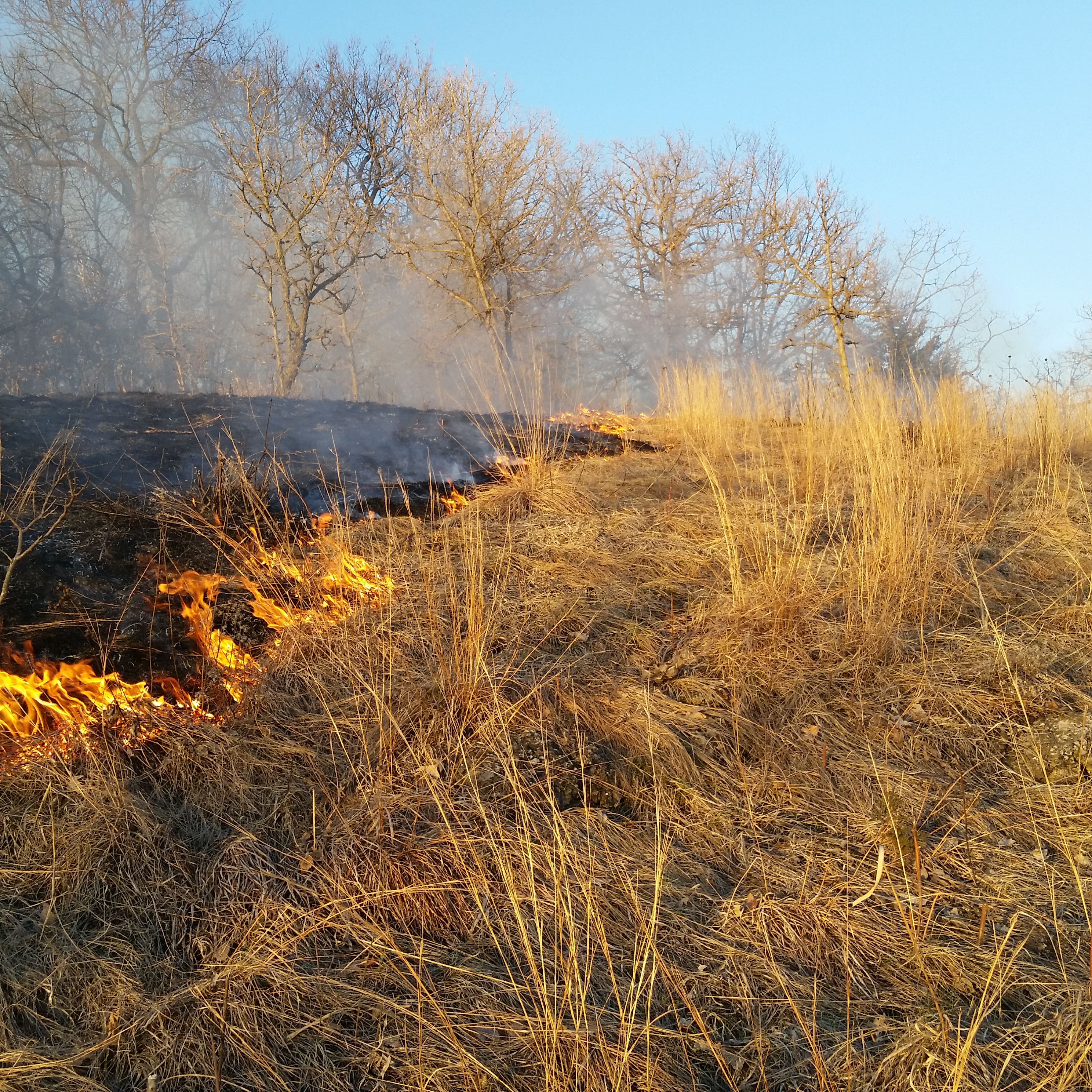 While many of our prescribed burns will be much larger than 2 acres, they all serve to return a more accurate historical disturbance regime to our natural areas. As with many natural phenomena, humans have greatly altered not only the the actual environments present on the landscape, but the disturbance regimes that once controlled and maintained them. Through restoration, we now have the ability to bring back the fires to the benefit of the plants and animals that once depended on them.