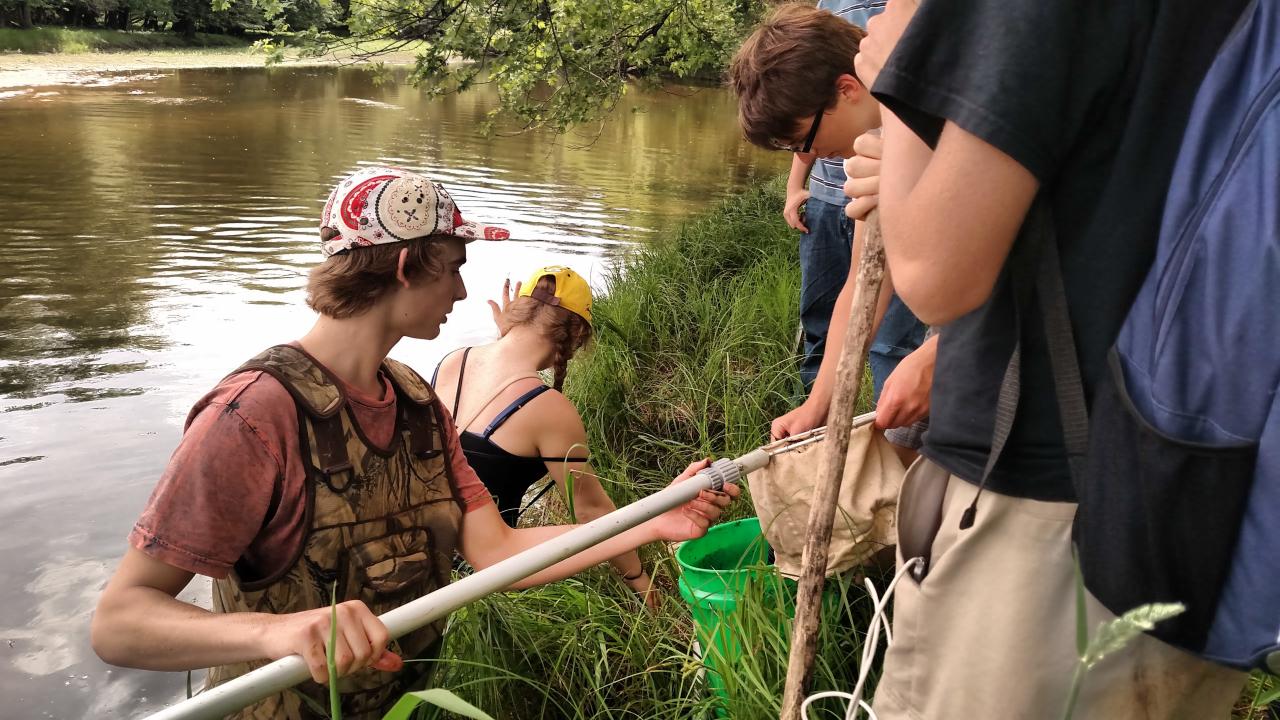 Ecological restoration is one of the cornerstones of FMR’s mission. We pride ourselves on the number of sites and acres of habitat we restore. (So far, we've conducted restoration on over 1,476 acres at 53 sites.) We also strive to protect and restore important and imperiled habitats like prairie and oak savanna. Restoring these habitats has myriad benefits, including providing habitat for a variety of pollinators, birds and other wildlife, and improving water quality and carbon storage over that of agricultural lands and invaded or degraded habitats.

However, while FMR is successful at restoring an abundance of habitat, we know less about whether and how wildlife species use restored areas. One group we do have some data on is birds. For example, pre- and post-restoration surveys at some of our sites, such as Hastings Sand Coulee Scientific & Natural Area, show increases in the abundance and diversity of bird species as restoration progresses. But for other wildlife species, we often operate under an “if you build it, they will come” mentality. To explain it another way, imagine if Kevin Costner had built the baseball field in “Field of Dreams,” but we the audience couldn’t see whether any of the baseball greats came to use it (those greats were ghosts after all). It’s not that we’re not looking for wildlife, but determining whether wildlife species are using restorations is difficult. For starters, we often don’t have detailed pre-restoration wildlife data apart from anecdotal evidence and sightings cataloged during natural resource inventories. Moreover, finding many wildlife species, let alone determining whether they’re just passing through or actually inhabiting the property, takes focused studies that we simply don’t have the time or resources to conduct.

At the William H. Houlton Conservation Area (WHHCA), a 347-acre riverfront site in Elk River that FMR helped permanently protect in 2014, our restoration is poised to have an enormous positive impact on native species. At the center of the restoration, 160 acres of agricultural field will be converted to native prairie and savanna. This not only restores important habitat types that have experienced tremendous historical declines, but also replaces a monoculture system (primarily soybeans) with a high-diversity mixture, which will benefit wildlife from the ground up. We hope this change results in increases in prairie bird and pollinator populations. Moreover, we hope that deep-rooted prairie plants will help retain and filter water, decreasing runoff and erosion and resulting in better water quality in the Mississippi River. We’ll also be restoring the floodplain forests of the property, removing invasive shrubs that have negative impacts on native plant and wildlife populations. 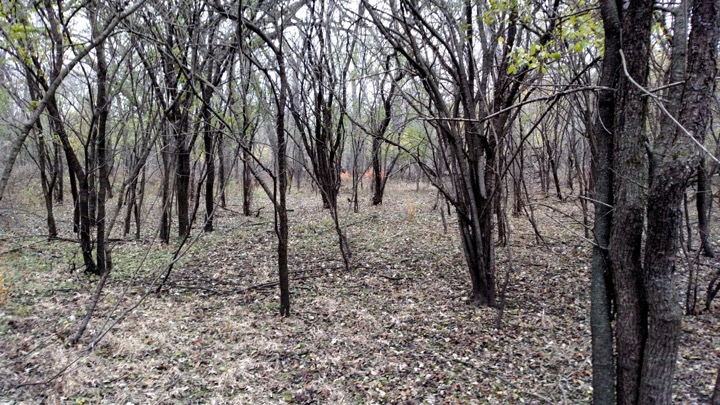 Buckthorn has invaded much of the floodplain forest, creating a closed sub-canopy and shading out many native species. Removal will begin in fall 2016, but not before some baseline data is collected.

But how do we make sure that we’re able to track the before and after populations of wildlife species without spending every day out at the property? The spring and summer bird surveys mentioned above will help us track the restoration’s effects on migrating and resident bird populations. In fact, baseline breeding bird data was collected in early June. But what about all the other species?

High schoolers to the research rescue

FMR is partnering with Mike Niziolek’s Elk River AP biology class to conduct ecological research at the Houlton restoration site. The class developed research questions centered around topics selected by FMR — reptile and amphibian populations, invasives' effects on plant diversity, and aquatic invertebrate populations. This will help provide FMR with useful data but also allows students to be in the driver’s seat when it comes to their route of scientific inquiry. 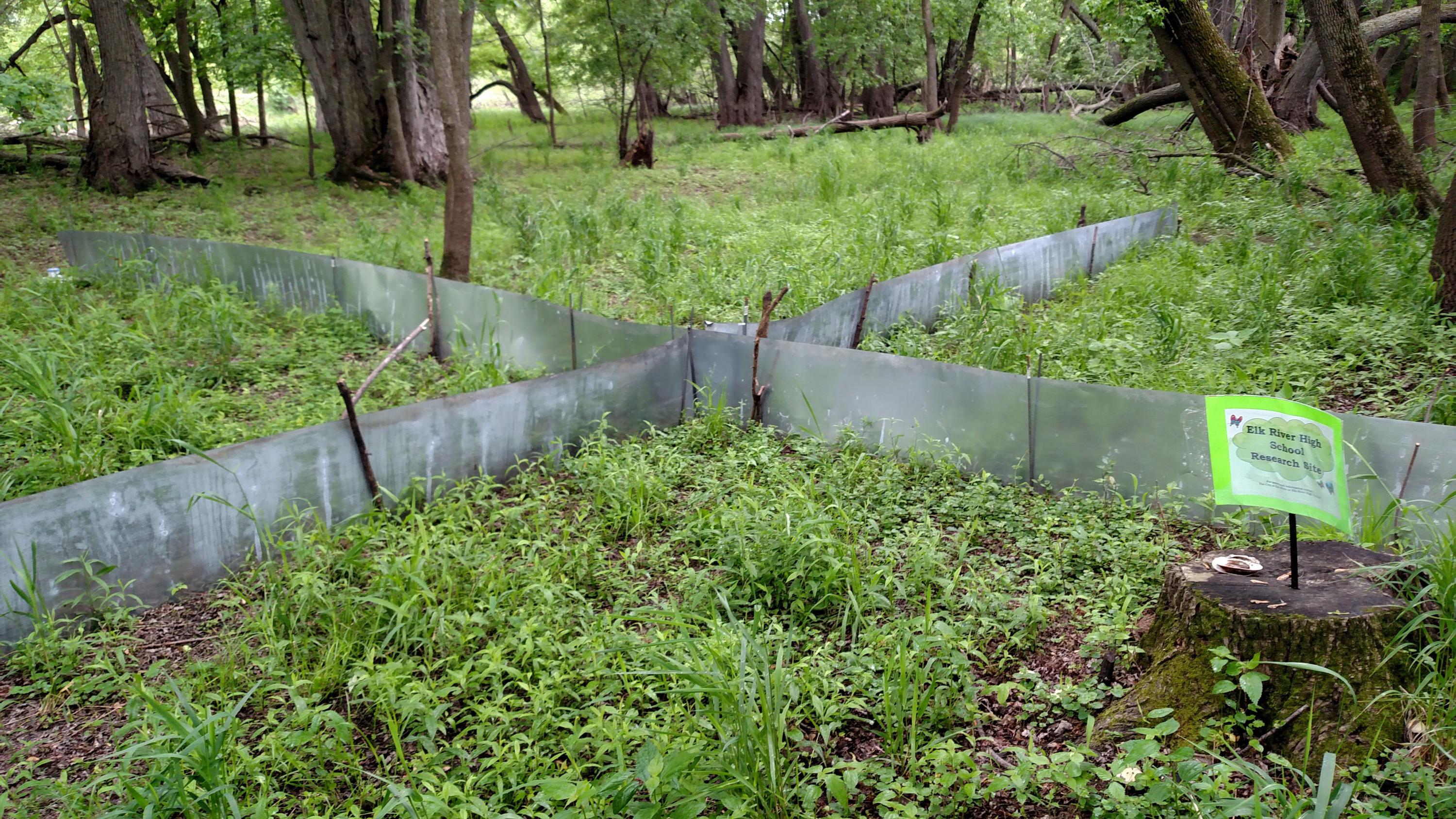 Students set up drift fences to funnel amphibians and reptiles into pitfall traps where they can be counted, identified and released. This and other baseline data will be key to determining the effects of habitat restoration on wildlife populations.

After the AP Biology test in May, students began spending two afternoons per week at the property. With guidance from FMR and their teacher, they developed their questions, honed their methodologies, and constructed the requisite sampling equipment. In mid-May, data collection began in earnest. Students used pitfall traps to sample amphibians, sampled vegetation, took tree core samples along transects, and sampled aquatic invertebrates at a variety of locations in both the Elk and Mississippi rivers.

This baseline data is the first step toward monitoring the effects of restoration on the property. Each year, students will collect data, allowing us to analyze trends in populations as restoration progresses. However, the project’s purpose is two-fold. In creating this research program, we’re not only collecting important data, but we’re also exposing students to ecological research, all while connecting them to the river and this incredible riverfront property. While it might be a stretch to say that we’re creating the next generation of scientists and ecologists, we may be helping to instill a love for the outdoors, an appreciation for the river, and an understanding of the importance of conservation and restoration.